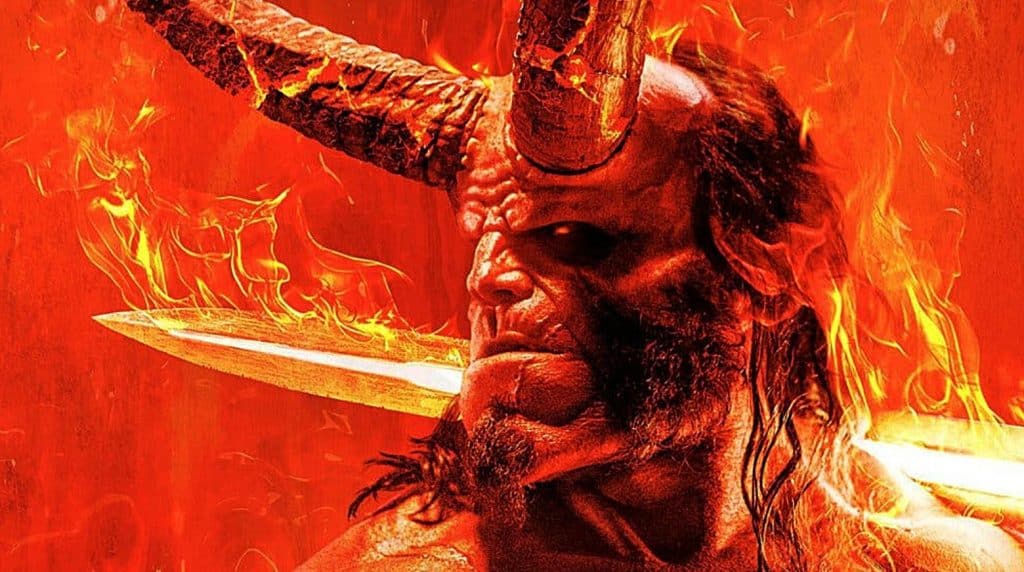 When it was first announced that they would be rebooting the Hellboy movie series, rather than moving forward with Guillermo Del Toro’s third film, many fans were upset, to say the least. Even after a large petition attempt to get the last film in the trilogy made was signed by thousands of fans, Lionsgate decided to move forward with a new version. Neil Marshall (Descent) was tapped to direct the film, and David Harbour (Stranger Things) was cast as the titular character.

However, fans jumped back on board when the first shot of Harbour in full make up was released online, and the film was set for an R rating.

Now, Entertainment Weekly has released the first official poster for the film and, as the tagline states, it’s Legendary AF.

Hellboy was meant to be the Harbinger of the End of Days, using his massive Right Hand of Doom to unlock the doors to the prison that holds a primordial dragon to bring upon the Apocalypse. However, being found and raised by Professor Bruttenholm (played by the incredible Ian McShane), Hellboy just wanted to have fun, drink beer, and stomp some monsters back to Hell. He shaved his horns to keep the demon within at bay, but now that he facing an ancient sorceress (played by Milla Jovovich) bent on bringing the world to an end, he may just have to let some off the demon out, as evident by his monstrous horns on display in the poster.

Hellboy creator Mike Mignola, who helped write the script for this film, says that this movie is very faithful to the source material, specifically a particular three story arc he did with artist Duncan Fegredo. Mignola will be going the NYCC panel this weekend to discuss the film and show off the first official footage.

What do you think of this poster? Are you excited to see this version of Hellboy? Let us know in the comments below!