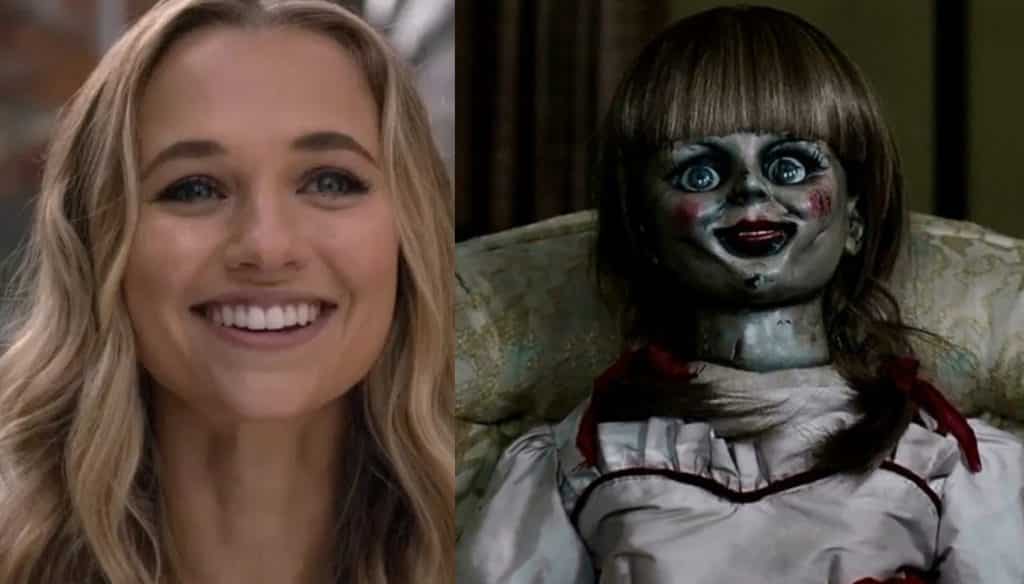 The upcoming installment of the Annabelle franchise will begin shooting next month. Although popular with fans, the two existing movies have received mixed reviews from critics. However, this hasn’t prevented the franchise from gaining a massive following and dedicated fans of the franchise have been speculating over what to expect from the third movie centered around the creepy doll. Now we have some casting information from the as-yet-unnamed movie, and with it comes some details about what we can expect from the story.

Child star Mckenna Grace of Netflix’s The Haunting of Hill House has been cast as The Warren’s young daughter, Judy. The young girl will become the target of the demonic Annabelle, and Deadline have reported that the movie will also turn on the experiences of the girl’s two teenage babysitters. The film has also reportedly cast Madison Iseman, who some of you may remember from last year’s Jumanji sequel.

Earlier on in the year, and Comic-Con’s annual Scare Diego event, screenwriter Gary Dauberman revealed that the movie would largely focus on the couple’s artefact room, a place where the doll should not be able to cause trouble. Although Annabelle still manages to “wreak havoc there.” Producer James Wan likened the movie to A Night at The Museum, a film in which all of the exhibits in a museum come alive at night.

Although Dauberman has penned the script for all of the previous Annabelle movies, as well as the most recent edition to the Conjuring Cinematic Universe – The Nun. However, the upcoming Annabelle sequel will mark the writer’s directional debut. He will be working alongside producers James Wan and Peter Safran, while Michael Clear is executive producer.

Are you looking forward to the next Annabelle movie? Let us know in the comments!