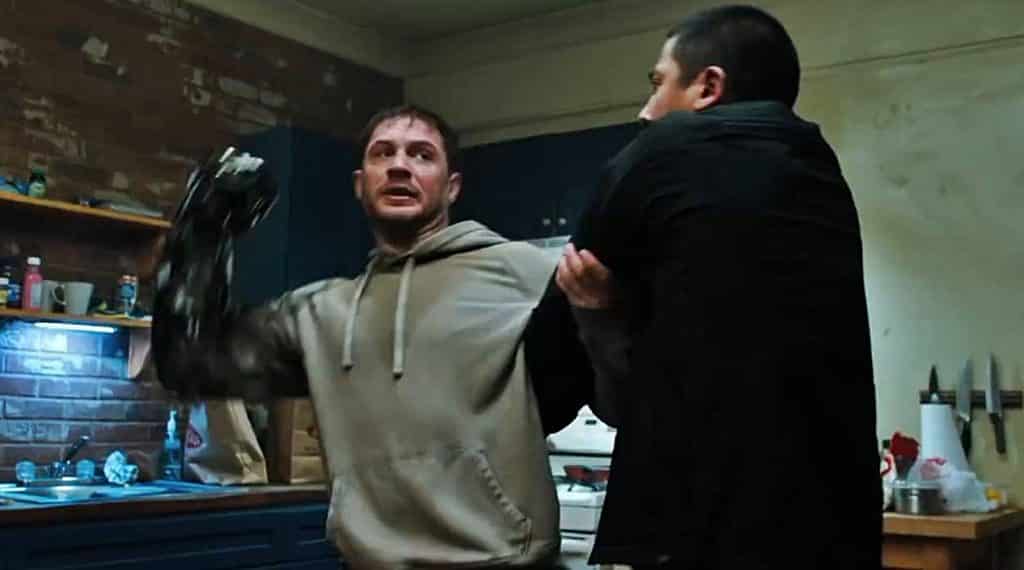 Sony’s Venom movie finally hit theaters this past week, and while critics panned the film, fans seemed to have enjoyed it, and it made a ton of money at the box office its opening weekend. That doesn’t mean that the road to getting the film we received was easy though, as a new rumor suggests Tom Hardy got so upset at one point during filming, he had to leave the set.

According to Daily Mail (take it with a grain of salt),

Actor Tom Hardy stormed off set after exploding with fury over the script for his latest movie Venom, DailyMailTV can reveal. Hardy was unimpressed with some of his lines during filming of the Marvel comic book adaptation in Atlanta, Georgia and launched into a rant at the production team over the script.

Crew members stood in shock as Hardy walked off set leaving the movie in temporary disarray last year, a source claims. Director Ruben Fleischer then calmed Hardy down before the star returned to work the next day.

…according to the source, Hardy – star of blockbusters The Dark Knight Rises and Mad Max: Fury Road – wasn’t too impressed with the movie either. The source said the actor was heard shouting: ‘You guys have got to sort this out. I am not saying this stuff. It doesn’t make sense.’ He then refused to film any more scenes, the source said.

The passionate star urged the writing team to go back to work on the script, before returning to his trailer.

“Tom had been on edge for quite a few days during filming. He had been huffing and puffing a lot over parts of the shoot and some of the scenes with his co-stars including Michelle Williams. He was on edge about getting the best out of the script and material. But one day he just exploded with rage about his lines. He shouted about how what he was saying did not make any sense.  He called over some of the team, and demanded that they change the lines. It was a moment which had everyone transfixed as Tom stood there in a rage using foul language.”

It’s an interesting report, but it looks like everything turned out okay in the end, as the film is a massive success, and there will most definitely be a sequel at some point – especially considering that first post-credits scene.

What do you think of this rumor? Are you buying it? Tell us your thoughts in the comments!