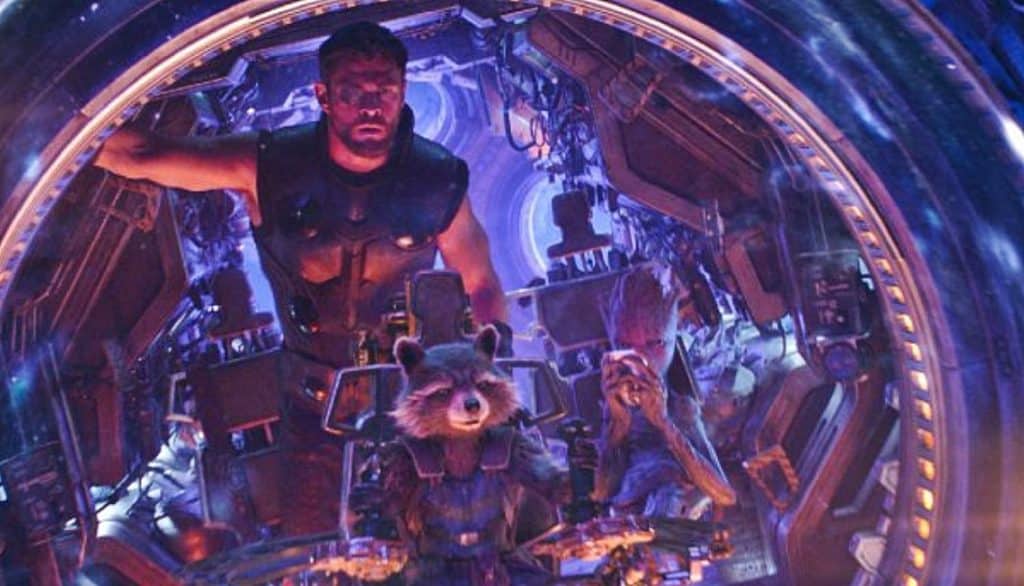 With the exception of surreptitious set photos, or a social media stumble here and there, the toy releases associated with franchise blockbusters are usually one of the most dependable sources of spoilers for forthcoming film releases. Sure, they’ve often been as misleading as many times as they’ve been accurate, but some artwork for the toys tied into next year’s Avengers 4 movie has already gone and sent MCU fans into a frenzy.

Comic book website KPOW! have circulated photos this week via their Instagram account of what appears to be the empty box of an upcoming Thor and Rocket Raccoon action figure set. And for once, it’s not the outrageously powerful super-weapons that the two characters are wielding that are the talking point here. Instead, it’s what they’re wearing…

This text can also be read on the leak:

The Asgardian Thor wields the mighty Stormbreaker in his battle against new foes. Rocket teams up with a new crew to guard the galaxy from an even greater threat.

The costumes of all of the Avengers have naturally changed and upgraded as the MCU movies have progressed, some more overtly than others. While Iron Man and War Machine have always retained their core color schemes, the suits are upgraded and replaced on a regular basis. Elsewhere, costumes for characters like Clint and Natasha have received more cosmetic changes, with Captain America and Thor receiving complete makeovers for their last outings.

But the changes to Rocket made this time round have important ramifications, and also support some BIG theories about Avengers 4. The images show both heroes are decked out in identically colored and Avenger-branded body armor, similar to that already seen on Hulk in previously leaked concept artwork.

The fact that all of the surviving Avengers now seem to be wearing the same kind of armored suits, branded with the Avengers logo, means that whatever existing internal divisions and splits that had been in the team have now been set aside, and sub-teams such as the Guardians or Team Cap/Team Tony have been done away with.

The mere existence of these identical armored suits also throws some heavy weight behind the persistent rumors that the main thrust of the film’s plot will be that the Avengers travel back in time to stop Thanos. The suits we’re seeing are most likely engineered to protect the heroes from the effects of Time Travel, and their similar appearance to Scott Lang’s Ant-Man suit also supports the fan theory that Tony Stark will be using Hank Pym’s Quantum Realm technology in order to facilitate the time travel.

What do you guys think of the new look that Earth’s Mightiest Heroes have now adopted? And how much do you think it reveals? Sound off below!