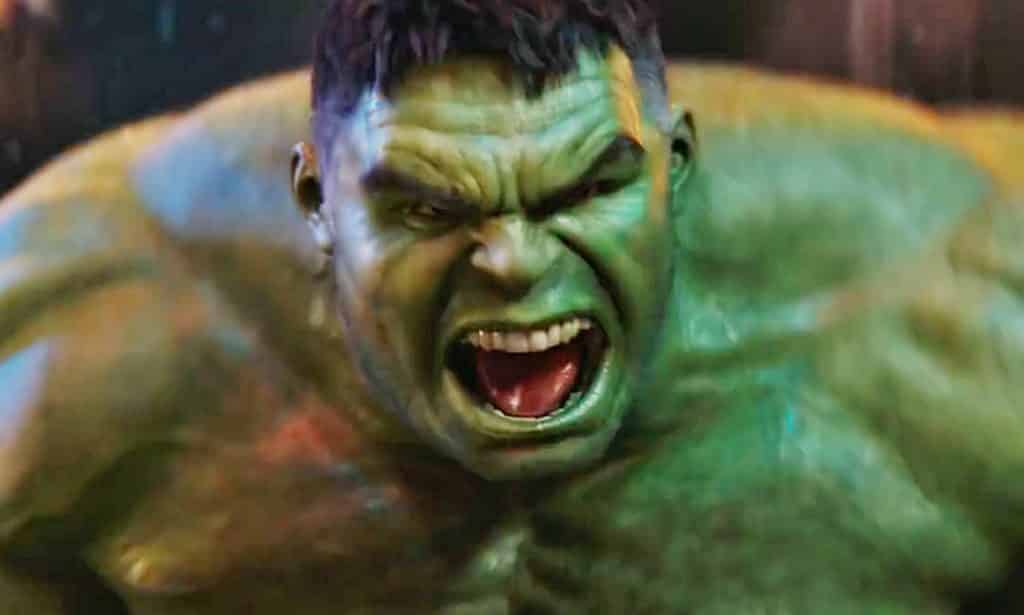 The first promotional art for Avengers 4 was leaked earlier today, and while Marvel hasn’t come out and said whether or not it’s real or fake, but usually, it’d be called fake by now. The most interesting part of the concept art would definitely have to be the fact that Hulk is sporting a costume. It’s gotten many fans talking, and developing theories on what it might mean.

In case you didn’t see the art, it’s below:

One theory suggests we could see Professor Hulk, which you can see below from the comics (as well as a detailed description of the character after): 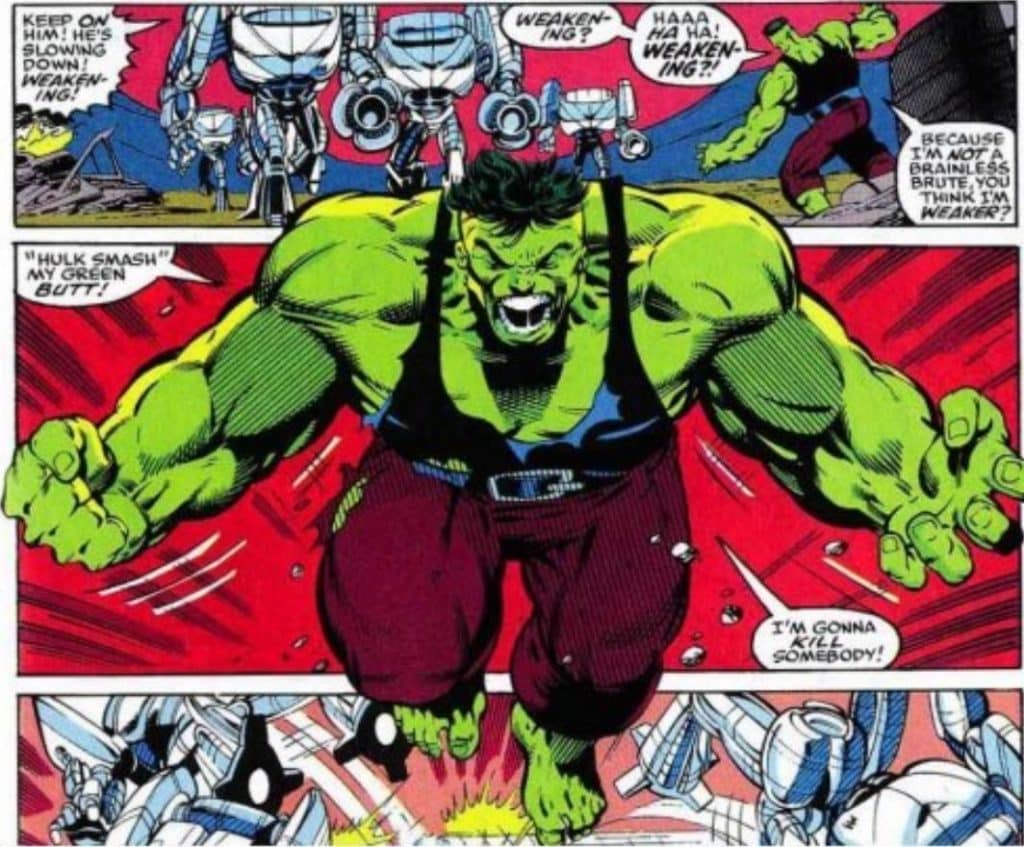 The Wiki page for Professor Hulk describes the character as:

Jenkins justified this by retconning into the Hulk’s continuity a new character named Angela Lipscomb (modeled after Jenkins’ own girlfriend) who knew more about Bruce Banner than even Doc Samson. Lipscomb confronted Samson with her observations of the Professor and Doc Samson validated them, despite events presented in previous issues to the contrary.The Professor is the largest of the three primary Hulk incarnations and he also possesses a higher base strength level.

Professor Hulk has the attributes of three Hulks: Grey Hulk, Savage Hulk, and Banner. He is the weakest of all incantations because he will revert to Banner with Savage Hulk’s mind if he gets too angry.

This would be an interesting development for the character, and would be a very interesting arc for him, considering how we saw him in Thor: Ragnarok. As you already know, Mark Ruffalo glowingly spoke about Hulk’s arc back before Ragnarok came out, saying:

Some have also speculated on the suit that Hulk is wearing in the photo is made of vibranium:

the hulk will have a suit???? made of vibranium???? u gotta be kidding me https://t.co/xfn7mWDHg1

That Hulk is wearing the black panther suit.

Is that Hulk in a vibranium suit?!?

As well as other thoughts:

Captain marvel on the squad now and ant man back….cap got a new suit it look like…the hulk look like he got on a space suit or some shit lol idk

What does the Concept Art for #Avengers4 tell us?

Is the Hulk wearing Quicksilver’s suit…?

Im only ok with Hulk wearing a “suit” if its Merged/Professor Hulk. Otherwise it doesn’t make to much sense for Hulk to wear a superhero suit. https://t.co/Uk615b2FdP

if that leak is real hulk looks so meh in that suit.

the suit is probably for one of the following:

-inducing Hulk
-breathing in space
-increasing intelligence
-absolutely nothing at all 😂😂

Why the fuck is hulk wearing a suit? pic.twitter.com/ZU6oXsDjz3

@MarvelStudios I’m not feeling this suit at all. He looks so slim to be the hulk pic.twitter.com/xWRSttuwIx

I AM DEAD ALREADY pic.twitter.com/TdlHWf5Wos

Whatever Marvel has in store for us, we know it’s going to be good.

You can see the Hulk next in Avengers 4 when it hits theaters everywhere on May 3rd.

What do you think of this new development? Are you excited about Avengers 4 based on that new concept art? Be sure to tell us all of your thoughts in the comments down below!