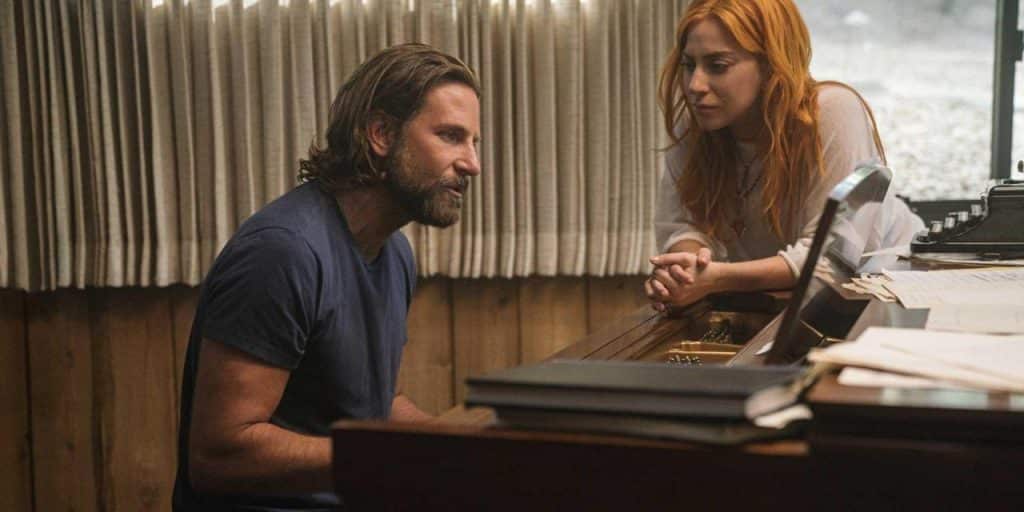 A Star is Born is a timeless tale, mainly since it’s been remade several times throughout film history. This time, Bradley Cooper and Lady Gaga take center stage as the respective music stars, with Cooper also making his directorial debut behind the camera. Not only does the film work, but it’s one of the most accomplished and emotionally profound films of the year so far.

Cooper stars as Jack, a rugged and famed musician who goes through his days in a drunken stupor. When he stumbles upon Ally (Gaga), a remarkable gifted signer, the duo grow attached as Ally rises to stardom.

Directorial debuts are always a mixed bag, especially when a director is crafting a higher-budgeted movie. This fact makes Cooper’s poised and stylistically-bold direction all the more impressive. The concert scenes pop with electrifying energy, with the intimate focus on the artist and their craft creating groundbreaking setpieces. Each setpiece feels like an event, but its Cooper’s gentle direction during the film’s dramatic portions that gives the film its substance.

A Star is Born has its music engrained into its veins, as each song reinforces the story and themes of the film. Gaga, Cooper, and company come together to craft one of the best musical soundtracks you’ll hear in some time, with each song bursting with emotion, craft, and authenticity. I was also surprised by the variety on display here, with the soundtrack drifting from heavy rock, to pop, to soulful renditions.

It’s ultimately their chemistry though that makes for the beating heart of the film. Cooper and Gaga (in only her second film role) are electric, developing a nuanced relationship through their natural chemistry. This is certainly a timeless story that’s been told several times, but never with this much raw emotion and style. The third act of this movie will leave audiences a wreck, with both star actors (and a fantastic supporting turn from Sam Elliot) delivering some of the year’s most memorable scenes.

I cannot praise A Star is Born enough, as it’s a soulful and impactful film that has stuck with me long after viewing it. It’s safe to say the Oscar race has a definitive front-runner with this film.

Continue Reading
You may also like...
Related Topics:A Star Is Born, Bradley Cooper

‘Daredevil’ Season 3 Review: The Devil You Know Is Back
‘The Sisters Brothers’ Review: A Charming and Offbeat Western
Advertisement
Advertisement
To Top