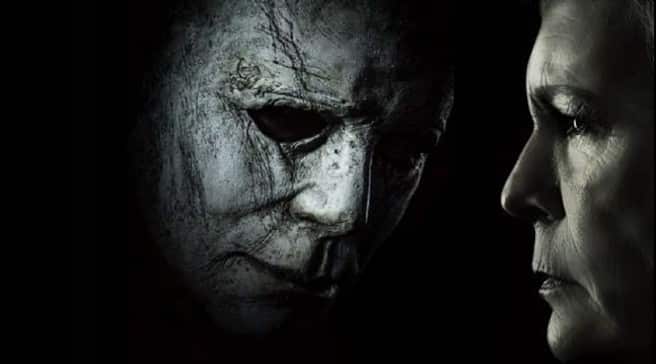 Halloween today is remembered as an iconic horror franchise, but what many don’t realize is that most of the sequels to the iconic original are quite bad. While the Rob Zombie remakes have a cult following, all of the Halloween sequels are currently “rotten” on Rotten Tomatoes, showing just how difficult it is to have lightning strike twice.

Instead of entering the rabbit hole of mythology that the sequels developed, this Halloween reboot starts from scratch as a direct sequel to the original. Set 40 years after the original, the film follows Laurie Strode (Jamie Lee Curtis) as she continues to deal with the post-traumatic stress developed from Michael Myers original attack. When Michael breaks out of prison, Laurie makes it her mission to extract her revenge and protect her family.

Halloween takes a very bare-bones approach to rebooting the story, focusing on the conflict between Laurie and Michael Myers. While this approach and a few new touches turnoff some viewers, the results are a fun return to form for not only this series, but the slasher genre.

Even through its missteps, Halloween has a card up its sleeve with the return of Jamie Lee Curtis as Laurie Strode. Curtis gives a legitimately great performance as Strode, getting a refreshing opportunity to show her acting prowess while also displaying the lasting effects that PTSD has had on Laurie’s life. Curtis’ strong performance keeps the story and characters grounded at all times, as well as giving the film a strong rooting interest. Judy Greer, Andi Matichak, and Will Patton are also quite good in their supporting turns, with this being the rare horror film that doesn’t skip a beat with its performances.

As an avid fan of the slasher genre, I was concerned that this reboot would fall in line with the more modern and relatively tame entries the genre has seen recently (Hell Fest in particular). Thankfully though, director David Gordon Green does justice to the Halloween brand, offering up some tense confrontations followed by delightfully gory kills. Green also skillfully uses John Carptener’s iconic score, with its use often enhancing the tension rather than just being a playful callback. I am thankful that modern cliches like shaky camera are not present here, making this film much more in-tune with the original.

Where Halloween will divide fans of the series is its script, more specifically its melding of horror and comedy. With Green and Danny McBride writing the script, I am glad that they stuck to their wise-cracking sensibilities rather than completely ignoring them. The comedy, while infrequent, is used to great effect at breaking up the tension while making some thoughtful jokes at the expense of the slasher genre’s most notable cliches. This level of self-awareness is a nice touch, especially when adapting such a tride and true franchise.

As a reboot, Halloween oddly enough reminds me a lot of Star Wars: The Force Awakens, both in positive and negative ways. This is very much a faithful adaptation that will make fans of the original delighted in its loyalty to the series’ story and character roots. At the same token, I did find much of the film’s execution to be lacking in risk, as the final product lacks the memorable moments or raw impact to make it anything more than just a fun experience. This certainly isn’t a mark of death against the film, but it does make me hope that a potential sequel will changes up the formula.

That being said, I had a great time with Halloween, as its a slasher that brings a much-needed return to form for the beloved horror icon. Considering the sizable success of the film’s box office, I am sure we will see Michael return relatively soon.