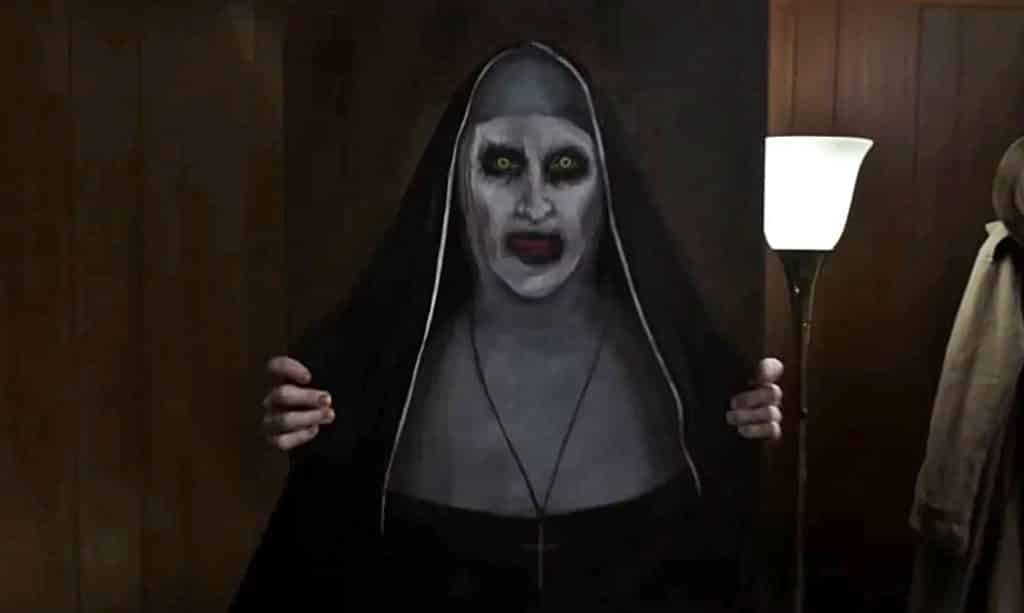 The Nun, which is a prequel spin-off based on a character we first met in The Conjuring 2, was released at the beginning of September. Although it received largely awful reviews from critics, it performed exceptionally well at the box office grossing almost $400 million – that beats all of the other films in the Conjuring Universe so far. Of course, the box office success isn’t that surprising following the months of hype that lead up to the release, which was nicely helped along by a controversial trailer that was banned from Youtube. If you haven’t had your fill of the character yet fear not, The Nun will be released on digital and Blu-ray sooner than you might think.

It has been confirmed by Bloody Disgusting that The Nun will be released on digital on November 20th, and then on Blu-ray on December 4th. Special features for the DVD haven’t been revealed yet but if the promotional material before the release is anything to go by, I’m sure there will be something special for fans.

If you’re not content with the chance to own The Nun and are itching for more Conjuring material you have no need to worry, the franchise and it’s ever-growing universe are showing no signs of slowing. Somehow a strong horror universe with a loyal fanbase and consistent profits has been birthed from a movie that wasn’t all that original, but it has well and truly captured fans.

Upcoming projects include the third instalment of Annabelle and The Conjuring 3, which with both feature the Warrens. Another spin-off from The Conjuring 2 is also in the works – The Crooked Man.

Will you be buying The Nun when it’s released? Let us know in the comments!

Continue Reading
You may also like...
Related Topics:Conjuring Cinematic Universe, Horror, The Nun

Exclusive: John Leguizamo On What Went Wrong With 1997’s ‘Spawn’ Movie
‘The Boy’ Is Getting A Sequel Starring Katie Holmes
Advertisement
Advertisement
To Top