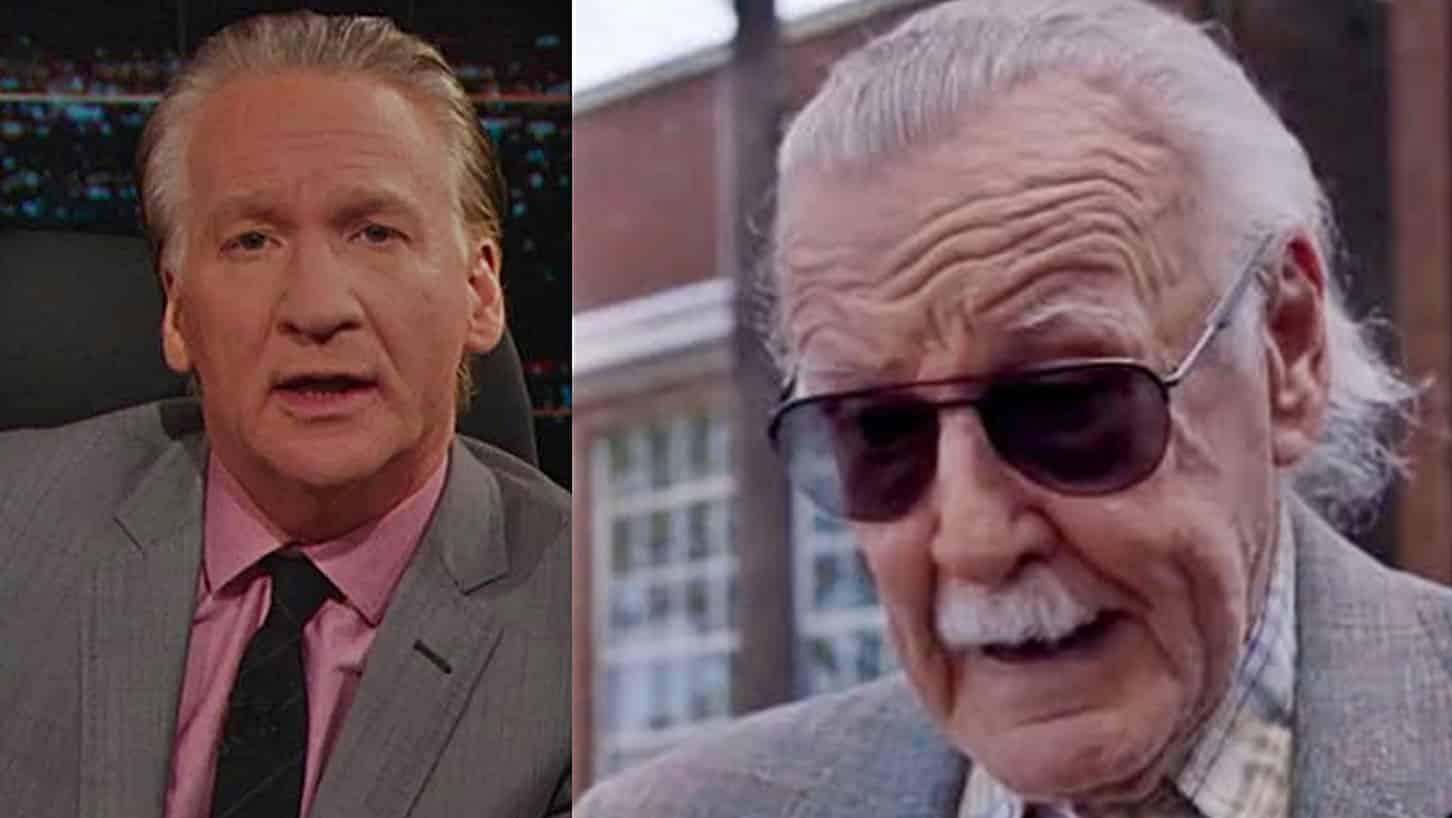 We lost a true legend in not only comic books, but in American literature as a whole recently with the passing of Stan Lee. While just about everyone has been in mourning, and celebrities have been sharing their fond memories, one particular ‘celebrity’ has decided to take a verbal crap all over Lee’s legacy and demean his passing, in his typical uneducated diarrhea-of-the-mouth kind of way.

Political “comedian”, Bill Maher, took to his blog and decided to bash Stan Lee’s accomplishments by insulting comic book’s place in pop culture and literature. Known for his harsh and extremist leftist attitude, as well as his pure hatred for religion, Maher has made a career of spouting off at the mouth and attacking anything and everything he doesn’t agree with, regardless of who it may offend. While some may applaud his ‘no holds barred’ approach, he is too often a hypocrite in many situations. This is one of them.

Read his defamation below, and then we’ll discuss just how wrong he is:

First off, wow. To make the jump from ‘adults liking comic books’ to the election of Donald Trump is astoundingly stupid. Comic books have nothing to do with political affiliations. Also, this whole premise that comic books are meant for kids only is just preposterous. Over the last 20 years, comics have taken a deeper and more mature turn. They have tackled many adult issues, like racism, police brutality, LGBQT rights, Women’s rights, etc. The writing has been accelerated over the decades, and has included award winning novelists, like Brad Meltzer and Nick Spencer.

Maher also attacks today’s ‘adult’ by complaining over the word ‘adulting’. Yet, he flat out mentions adult activities that everyone hates. This generation simply came up with a word for it. It doesn’t change the way people feel about paying bills or working. He just didn’t think of it, so it’s stupid. Also, Bill Maher actually took money from Marvel to make a cameo in Iron Man 3! So, comic books and their movies are dumb, and the idiocy that’s causing the downward spiral of this country, but apparently not dumb enough for him to make an appearance! I guess, it doesn’t matter what the content is, so long as he gets his mug out there, right?

The main issue here, though, is his verbal defecating all over Lee’s death. Just because you don’t like something, that doesn’t make it idiotic. Just because Stan Lee didn’t have an impact on your life, that doesn’t mean he didn’t affect millions of others. Personally, Lee’s creations gave me hope and courage. Seeing a scrawny geek like Peter Parker step up and be a hero, not just because of his powers, but because of his resolve and his heart, made a scrawny geek like myself feel better about making it through high school.

Now, it may the ‘in’ thing to be a ‘nerd’, but that doesn’t devalue any of it. Lee made a real impact on society, using heroes to discuss civil rights, racism, sexism, and more. He has created literary universes, and gave people something to root for. However, some people are just bitter and hateful. Maybe Bill wasn’t hugged enough as a child, or had his heart broken by a girl into comics, who knows. But, Maher is definitely the minority here, and that hatefulness rests on his soul, not ours. He has to live with that negativity, while we look back and laugh at his childish response to a legend’s passing. And, we’ll also laugh at the hypocrisy of his very immature blog post, bashing the ‘immaturity’ of Stan Lee’s mourners.

What do you think of Maher’s idiotic response? Let us know in the comments below!