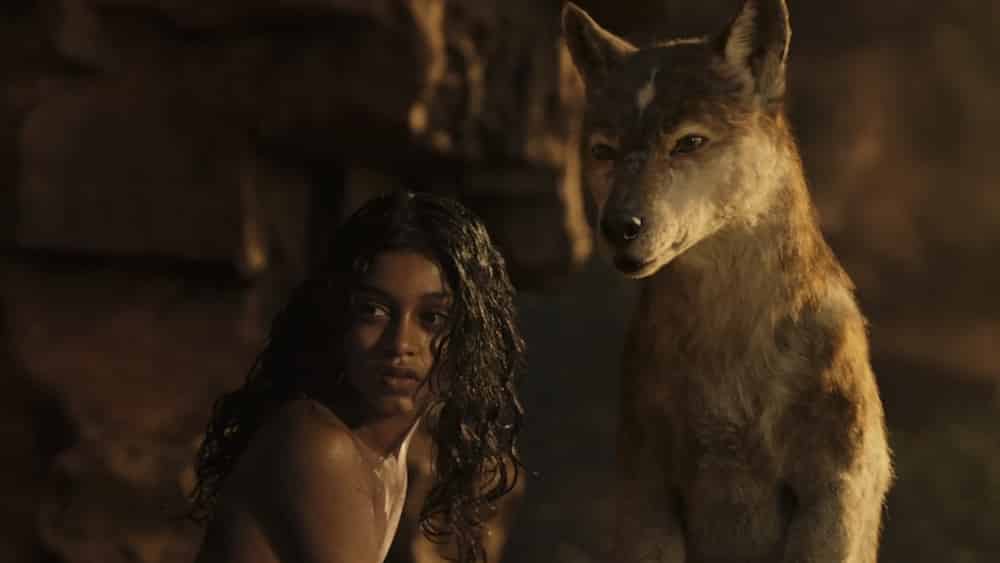 Even in a Hollywood’s current day cycle of constant remakes, its surprising to see Mowgli: Legend of the Jungle hit Netflix less than two years after the Disney’s Jungle Book. To director Andy Serkis’ credit however, production for his film started beforehand, and his film also takes a much darker approach to the timeless tale. While I appreciate the ambition, its more of a mixed bag than a successful final product.

Mowgli: Legend of the Jungle follows Mowgli (Rohan Chand), as we see him go from orphan to a member of a tight-knit wolf pack. He must face off against the evil tiger Shere Khan (Benedict Cumberbatch) in order to protect his tribe, but in the process he begins to discover his darker origins.

It’s a shame that this film’s eventual release led it to Netflix, as the film’s immersive visuals are quite impressive. What Serkis lacks in experience in directing a blockbuster, he makes up for in droves with his knowledge of motion-capture technology. From the detailed-animals to the sprawling jungle environments, every detail looks just as good as Disney’s predecessor. The performance-capture is perhaps most impressive in its performances, allowing actors like Christian Bale, Benedict Cumberbatch, and Cate Blanchett to be naturalistic in the roles of animals.

Serkis and co-writer Callie Kloves deserve praise for the ambition, giving audiences a more realistic tonal approach to the jungle’s deadly predator vs prey dynamic. Serkis accomplishes this through the film’s graphic violence, which has actual impact and stakes unlike many mindless blockbusters. When the darker approach works, which is mainly in the second half, the film explores morality in some interesting ways, as well as delivering an adventure film that isn’t afraid to challenge its younger audiences.

All of this is appreciated, yet Mowgli faces an inescapable problem in being yet another adaptation of the Jungle Book story. This version may be more akin to the original source material, but it still hits those familiar plot beats that we’ve seen done to death at this point before it. The first half in particular is a tedious experience, with this adaptation having little to add to that core story. Due to this, its a shame that the emotional beats of the story can’t have the impact that they should.

Mowgli: Legend of the Jungle is admirable in taking the less traveled approach to the Jungle Book story, but it can’t escape the shadow of its more accomplished predecessors.

Continue Reading
You may also like...
Related Topics:Andy Serkis, Mowgli: Legend of the Jungle

‘Green Book’ Review: One of The Year’s Worst Films
‘Leprechaun Returns’ Review: Fans Of Original Franchise Will Enjoy It
Advertisement
To Top