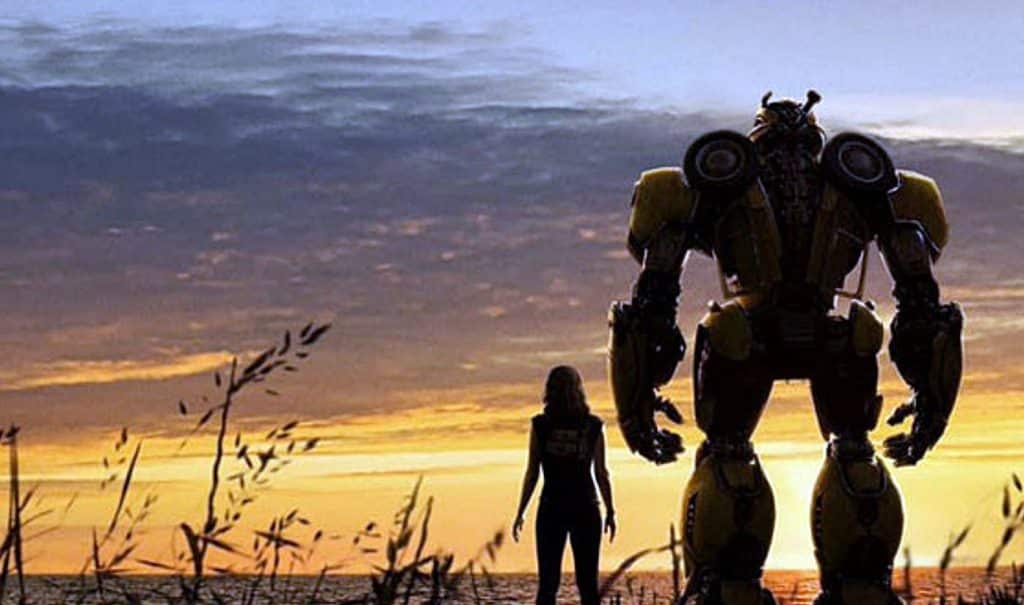 The Transformers brand is an iconic staple, which has made the franchise’s recent slew of bloated blockbusters particular disappointing. With Michael Bay’s efforts behind the camera becoming largely stale, Kubo and The Two Strings director Travis Knight steps in to revive the franchise with Bumblebee. While its far from perfect, this is a film that finally is worthy of the Transformers property.

Bumblebee follows the titular Transformer character who is discovered in a junkyard by Charlie (Haliee Steinfeild). The two begin to form a bond, but that is threatened when the Decepticons threaten to attack Earth and bring an end to the Transformers.

The switch from Bay’s shaky and cluttered visual look to Knight’s colorful 80’s aesthetic is a noticeable improvement. The Transformers in particular look better than every, with their sharp colors and free flowing movements being captured through Knight’s steady lens. His ability to create stylized, yet coherent setpieces is impressive throughout, especially the film’s strong opening set in Cybertron. I also credit Knight for creating a film that is much more cohesive tonally, recreating the fun Saturday Morning cartoon vibe of the cartoon.

This is a film that makes the most of its minimalistic story. Star Haliee Steinfeild anchors the movie particularly, bringing the film’s simplistic archetype to life with heart and movie star charm. Charlie’s relationship with Bumblebee becomes the heart of the film, with their dynamic thankfully hitting a genuine sentiment. John Cena also stars in the movie and makes a noticeable impression, scoring a surprising amount of laughs in his homage  to the generic army men characters of 1980’s films.

As a prequel to the Transformers series, Bumblebee boasts a heavy presence of 80’s culture. This effort is done with mixed results. When the references are clever or the music well-utilized, its a joy to experience the 80’s culture wave. However, the film often leans on that aesthetic like a crutch, with the amount of songs and references often being overkill to the story. It’s also hard to deny that 80’s homages have become played out, especially with the blockbuster success of Stranger Things.

The narrative is relatively generic. Screenwriter Christiana Hodson does her best to hit the familiar story beats with some charm, but it can’t save some of the moments from feeling stale. Aspects of the film like Charlie’s fractured relationship with her parents are especially ineffective, feeling as if the film is just going through the motions during those sequences.

Bumblebee may not be a great Transformers film, but its surprisingly a pretty good one. The film’s talented cast and more focused direction shows noticeable improvements from Bay’s franchise. Hopefully Travis Knight can continue to work on the franchise going forward.