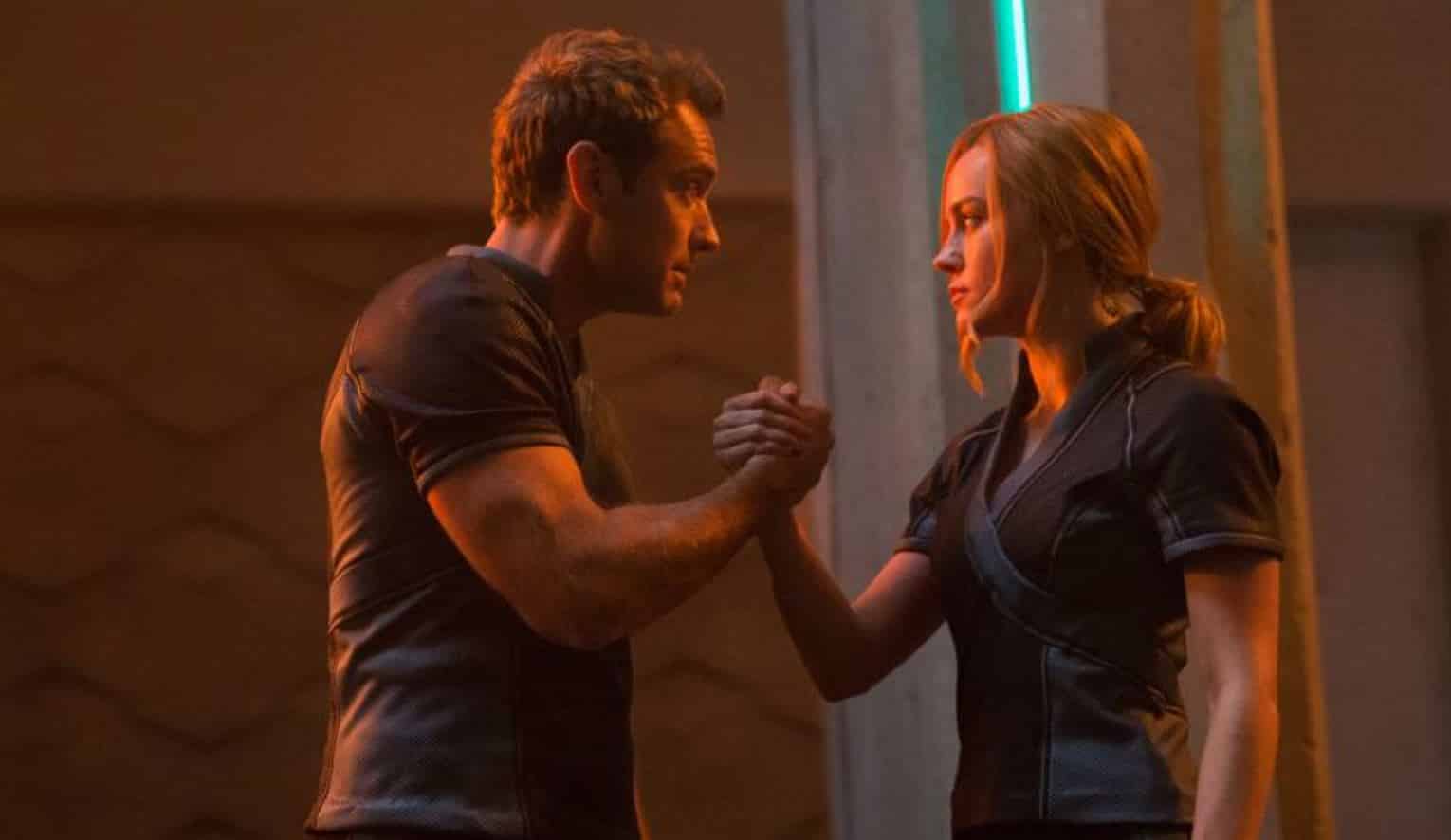 There has been a lot of controversy surrounding just who Jude Law is playing in the upcoming Captain Marvel film. When first cast, many believed he would be playing Mar-Vell, the original Captain Marvel and from whom Carol Danvers gets her powers. But, there were some that Law would be playing Yon-Rogg, a villainous Kree warrior jealous of Mar-Vell. This was then fueled on by an errant Funko POP! Promo release, showing a Kree Warrior POP with the name Yon-Rogg. Leading many to assume that this would be Law’s character. Then, we had some “Twitter Experts” posting fake promo art saying the his name was Mar-Vell (which was promptly debunked by other users).

But now, thanks to Disney’s official Captain Marvel site, we may know the truth. And, even more interestingly, Disney has since removed the character’s name from the site!

So, now the question is, who is he actually playing?! Did someone mess up by captioning the pic with Mar-Vell, and Disney promptly had it removed to avoid spoilers? Was it incorrectly labeled in the first place? Here are some theories based on these leaks.

This is the most likely situation, but it could play out in different ways. We could see Yonn-Rogg played as a twin brother like scenario, with Yonn-Rogg’s jealous stemming back from childhood. Or, Yonn-Rogg could simply be posing as Mar-Vell, either changing his face to match or some other form of disguise. It is to be assumed that Mar-Vell would be well known in the Kree Empire, so a disguise would be necessary to take his place. Maybe, in the beginning of the film, Mar-Vell is who actually trains Danvers, is captured later, and replaced by Yon-Rogg?

We still have no idea who Annette Bening is playing in the film. And, looking at the Funko POP! released, the Yonn-Rogg character has its helmet on. Plus, POP figures have an almost unisex body shape, meaning it could very well be a female. While Yonn-Rogg is male in the comics. Marvel isn’t shy about casting against the grain, and changing either the ethnicity or gender of a character to achieve the best portrayal.

Theory #3: Disney is trolling us all!

This one isn’t farfetched at all. Marvel, Disney, and everyone connected absolutely love trolling the fans by putting out misdirections. It’s the best way to keep their secrets. Maybe Disney purposely put Mar-Vell’s name down “by accident”, and then quickly “removed the error”. This would of course have everyone believing that Law is playing Mar-Vell, and cause people to start dismissing the Yonn-Rogg leak from Funko.

While many sites have run this as Disney officially stating that Jude Law is playing Mar-Vell, the fact that they’ve promptly changed the caption is puzzling, to say the least. So, we can’t say, for certain, that it is official, until Disney and Marvel flat out say that it’s official.

What do you think of this ‘mistake’? Is Law playing Mar-Vell? Let us know in the comments below!