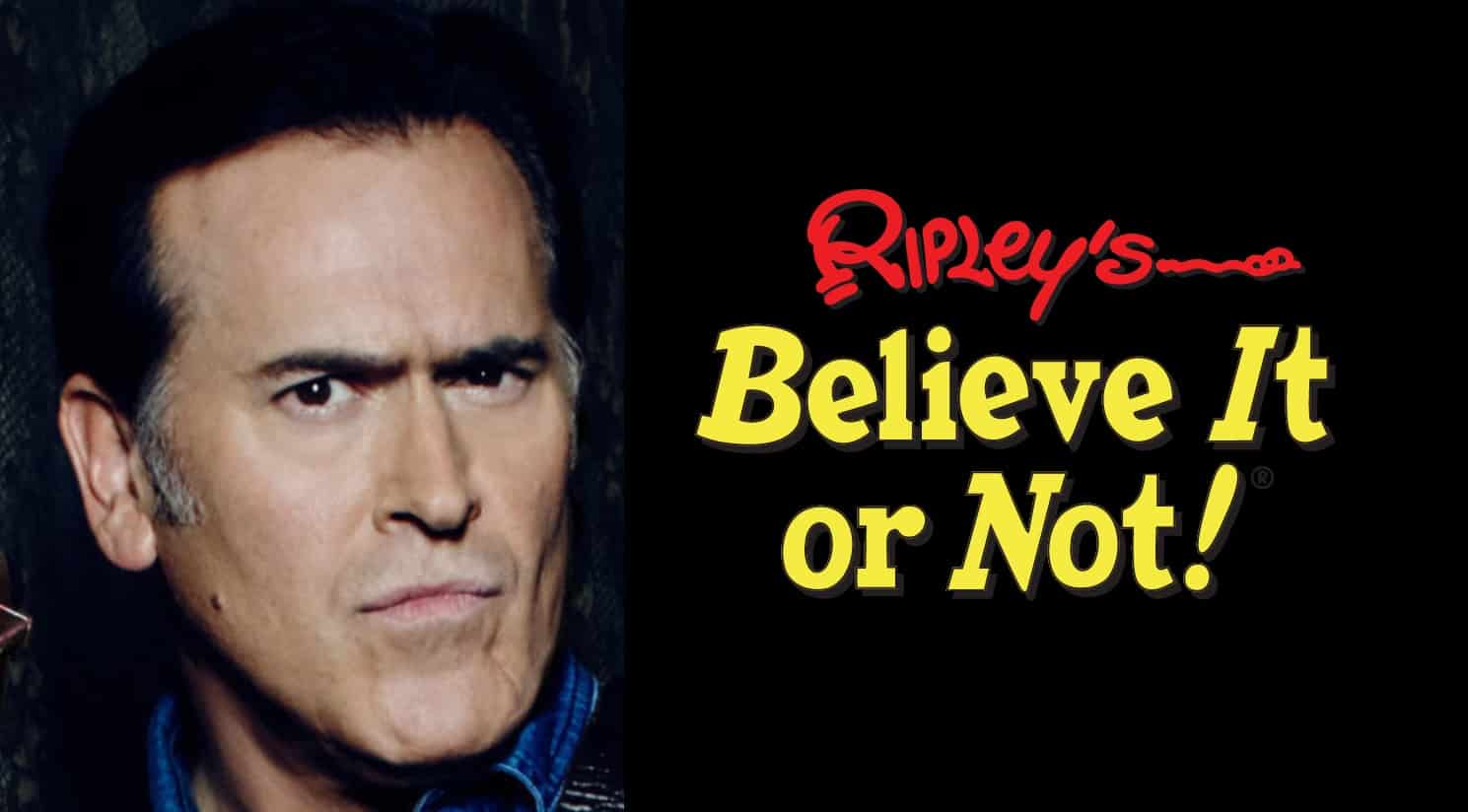 Bruce Campbell will be back in the spotlight in 2019 with an exciting project on the way. Announced via Twitter, Campbell has been tapped to host the rebooted Ripley’s Believe It Or Not TV series that is set to hit the air sometime in 2019 for the Travel Channel.

Check out the Tweet along with Campbell’s confirmation for this news:

It’s official! @GroovyBruce will be the host of the all-new Ripley’s Believe It or Not! show coming to @travelchannel in 2019! pic.twitter.com/kXRIZQu9ng

Few names in nerd culture are as iconic or beloved as Bruce Campbell. As Ash in the Evil Dead series and Army of Darkness, Campbell made a significant impact in creating a character that stood out for his charm and personality. Since then, Campbell has continued to have a significant role in nerd culture, whether its small cameos in the great Spider-Man 2 game or the underrated Sky High.

While Ripley Believe It Or Not has not been in the public eye for sometime, the property still holds weight today. The show has been revived several times since its 1949 origin, with this reboot having the potential to be the most popular one yet. Considering social media’s penchant for bizarre and shocking content, this show has an opportunity to capitalize on that and connect with an audience who may have not even of heard of the original iterations.

As far as picking a host, few are more apt for the role than Campbell. His ability to captivate audiences and keep them laughing is rare, and I am glad he’s doing a unique challenge like this rather than continuing to relive his glory days as Ash. With Campbell’s involvement, I have a lot of faith in the project.

Continue Reading
You may also like...
Related Topics:Bruce Campbell, Ripley's Believe It or Not

‘The Punisher’ Season 2 Reveals Billy Russo AKA Jigsaw’s New Look
‘A Quiet Place 2’ Will Be Much Different Than First Film; John Krasinski Might Not Direct
Advertisement
Advertisement
To Top