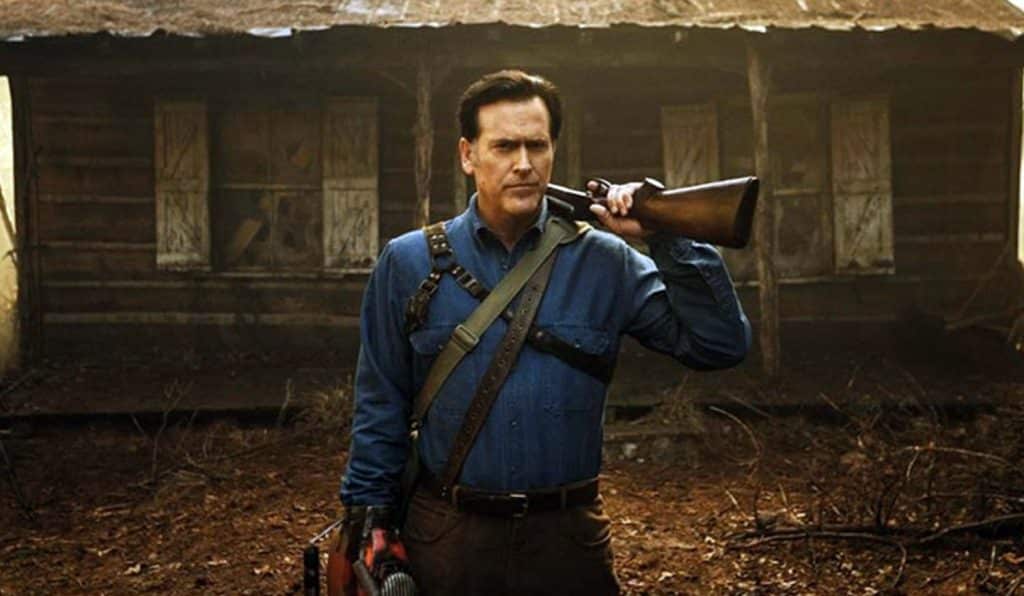 The internet as well as Evil Dead fanbase has been in an uproar since the cancellation of Ash vs. Evil Dead. While many are fighting to see the show renewed or revived as a Netflix Original Series, it seems increasingly hopeless as time goes on. Ash Williams himself, Bruce Campbell, is even claiming that he’ll be retiring from the role.

Big props to fans for the effort, but I’m retired as Ash. #timetofrysomeotherfish https://t.co/Di1aeBV0dl

It’s actually a pretty heartbreaking thing to hear. As if the fight has gone out of Bruce to keep Evil Dead going, and now he simply wants to move onto better things. While I can’t say I blame him, there’s simply so many avenues that can be taken to give fans the true closure they need.

Every Evil Dead film has either featured a cliffhanger or some kind of open ending. In regards to Army of Darkness, it featured both types of endings depending on which cut you watched. And that’s why it was so important for Ash vs. Evil Dead to happen – you can’t just leave us fans hanging like that.

While no one knows how this season of Ash vs. Evil Dead will end, there’s been several types of reports. It’s been said that this ending will both change Evil Dead forever, but also work as a series finale if need be. What I’m concerned about is whether or not it’ll be a cliffhanger or another open ending. And, given that the fourth season would’ve led into the future apocalypse – it might just be both.

If that’s the case, then there really was no point in cancelling Ash vs. Evil Dead or even creating it because it just brings us back to square one. So, here’s hoping somehow someway, we’ll get a proper conclusion to Evil Dead.

What do you think of this news? Be sure to tell us all of your thoughts in the comments!