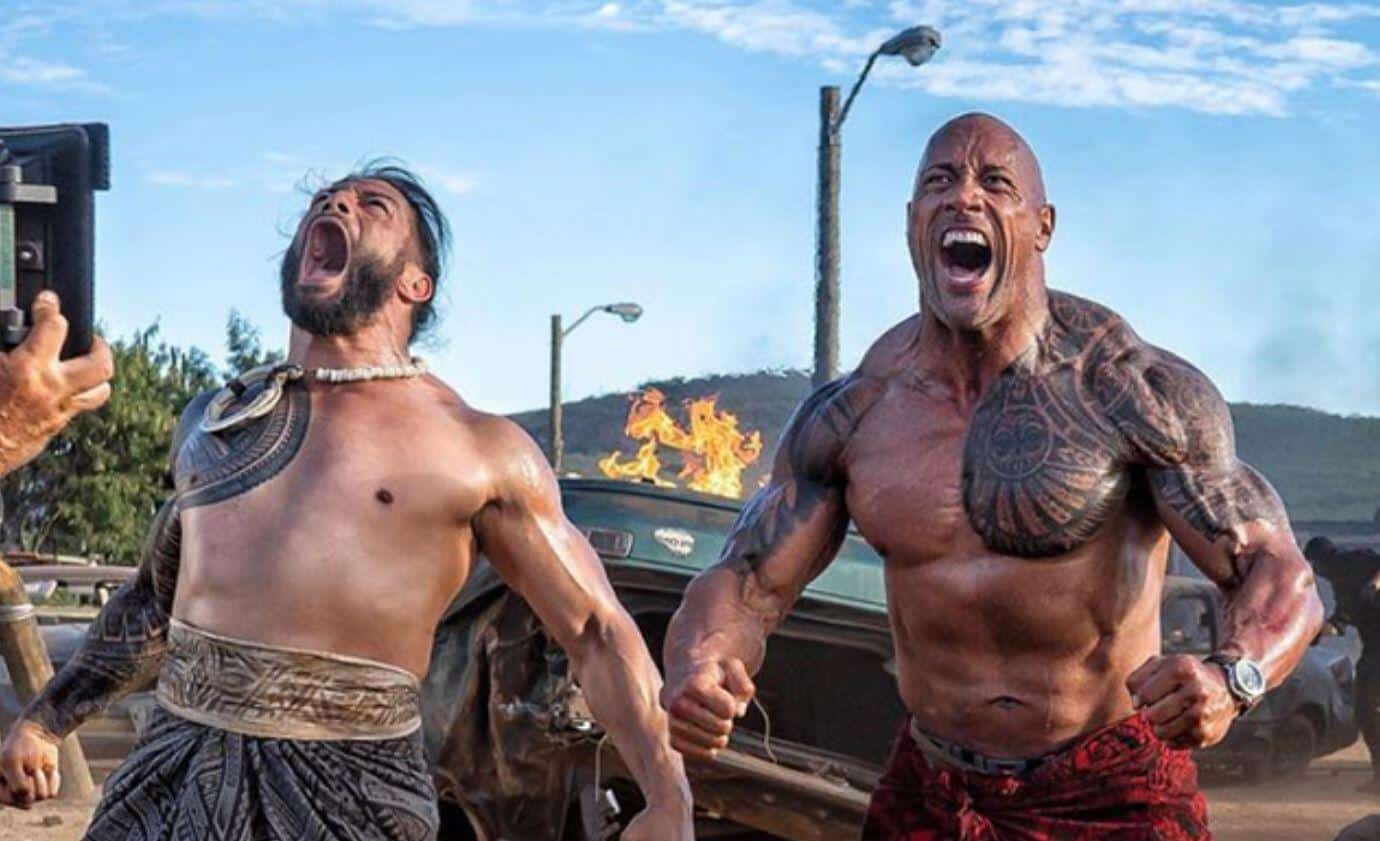 Roman Reigns shocked the world last year when he relinquished his WWE Universal Championship and took and indefinite leave of absence to battle the real life heel, leukemia. Reigns has battled this foe before, conquering it eleven years ago. Unfortunately, the cancer has reared its ugly head again, forcing Reigns to walk away from the hectic grind that is the squared circle so as to focus on his health. However, that doesn’t mean we won’t get to see the Big Dog on a screen soon.

Thanks to his cousin, Dwayne “The Rock” Johnson, Reigns has landed the role in the Fast & Furious universe. In the spinoff film, Hobbs & Shaw, Roman will be playing Hobbs’ little brother. Johnson posted pics on his Instagram and shared the news of Reigns’ movie debut.

The brothers’ roar. A lil’ HOBBS & SHAW exclusive. Good times droppin’ sweat and spillin’ blood with my family, @RomanReigns who’ll be playing my brother in our FAST & FURIOUS UNIVERSE. I’m very proud of his focus, effort and authentic performance in our movie for his very first time on film. I’m also very grateful to spend this quality time with my cousin here in the islands as he takes life one day at a time to recover from leukemia. His perseverance and humility battling this challenge has inspired our entire family as well as millions around the world in our beloved @WWE Universe. Can’t wait to see the “Big Dog” return back to the ring – his positive & focused mindset to return is straight up next level. Til’ then, this sacred Samoan 🇼🇸 ground you stand on is nourished with our ancestors blood. Today, we nourish it with yours. #WelcomeRomanReigns #Brothers #HobbsAndShaw THIS SUMMER 🔥💪🏾 @hhgarcia41 📸

In the post, Johnson welcomes Reigns to the FF universe, as well as offers his gratitude for spending time with his cousin while he battles this terrible disease. On the plus side, Reigns still looks in great shape, and in even better spirits. While he has remained nearly completely out of the spotlight since his extremely emotional farewell speech (having only been seen at the University of Georgia’s Bowl game), it would seem that Reigns is battling with every fiber of his being against the biggest and baddest opponent of his life.

And, getting to work with family on his first big time movie is most certainly a great experience as well as the best way to ease into it. Who know, maybe Reigns may make a similar transition akin to his cousin and guys like John Cena and Hulk Hogan.

Congrats on Roman Reigns getting this role, and hopefully we’ll get a report on his health soon.

Are you excited to see Reigns take on the big screen? Let us know in the comments below!