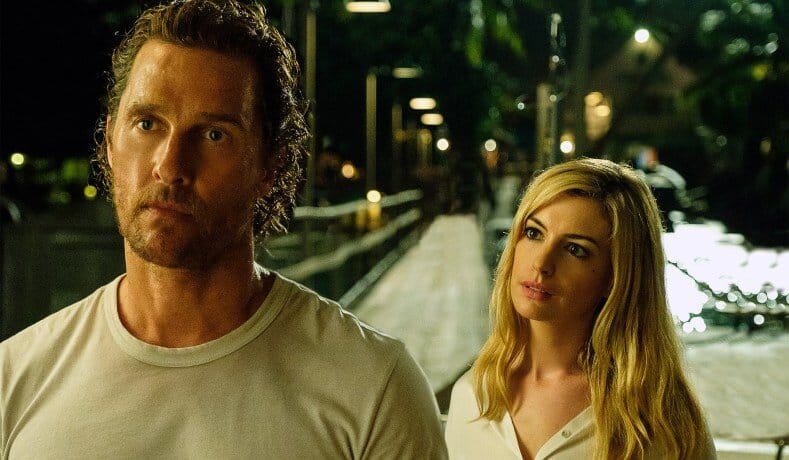 Serenity seemed to be just an ordinary January movie, but it ended up making a lot more noise than anticipated. Thanks to some bizarre performances and a shocking twist that you likely won’t see coming, the film ended up being a fascinating experience, one that I ended up admiring a lot more than most critics (currently holds a 21% rating on Rotten Tomatoes).

While most reactions have been largely negative, the team behind the movie is coming to its defense. Writer and director Steven Knight, along with stars Matthew McConaughey and Anne Hathaway, have reportedly clashed with their distributor Aviron over the film’s unceremonious theatrical release.

Since this discussion began, Aviron has since responded to the criticisms made against their lack of marketing.

We had the best intentions for Serenity. We were excited for the opportunity to release this uniquely original movie and work with such a stellar cast and talented filmmakers. As much as we love this film and still hope it finds its audience, we tested and retested the film — with audiences and critics alike — and sadly, the data demonstrated that the film was not going to be able to perform at our initial expectations, so we adjusted our budget and marketing tactics accordingly. Regardless of the spend, it’s next to impossible for an adult-skewing drama to overcome a 23% score on Rotten Tomatoes and a D+ CinemaScore. To have spent more would have been irresponsible to our capital partners and wouldn’t have made prudent business sense for an independent distributor. We have enormous respect and admiration for the talent and all the hard work they put into the film and wish the box office results were better.

According to a report by Deadline, Aviron promised the respective members of Serenity that the film would receive a full promotional campaign alongside, including advertisements and spots on late night TV shows. The studio did fulfill the promise of a nationwide release, yet didn’t follow through on the promise of promoting the film. That likely explains the film’s lackluster box office performance, as the film earned a mere 4.4 million in eighth place this weekend.

This is a complex issue because both sides have motive for their decision. The team behind Serenity is obviously frustrated that the film they worked on isn’t receiving a proper spotlight, but Aviron is also just trying to protect their money, viewing Serenity as a film coming dead on arrival due to its reviews. While the film certainly isn’t a success critically or finically, I do admire the passion that those involve have in the project. There are some genuinely good moments and ideas spread throughout that I hope people don’t undermine.

Continue Reading
You may also like...
Related Topics:Matthew McConaughey, Serenity