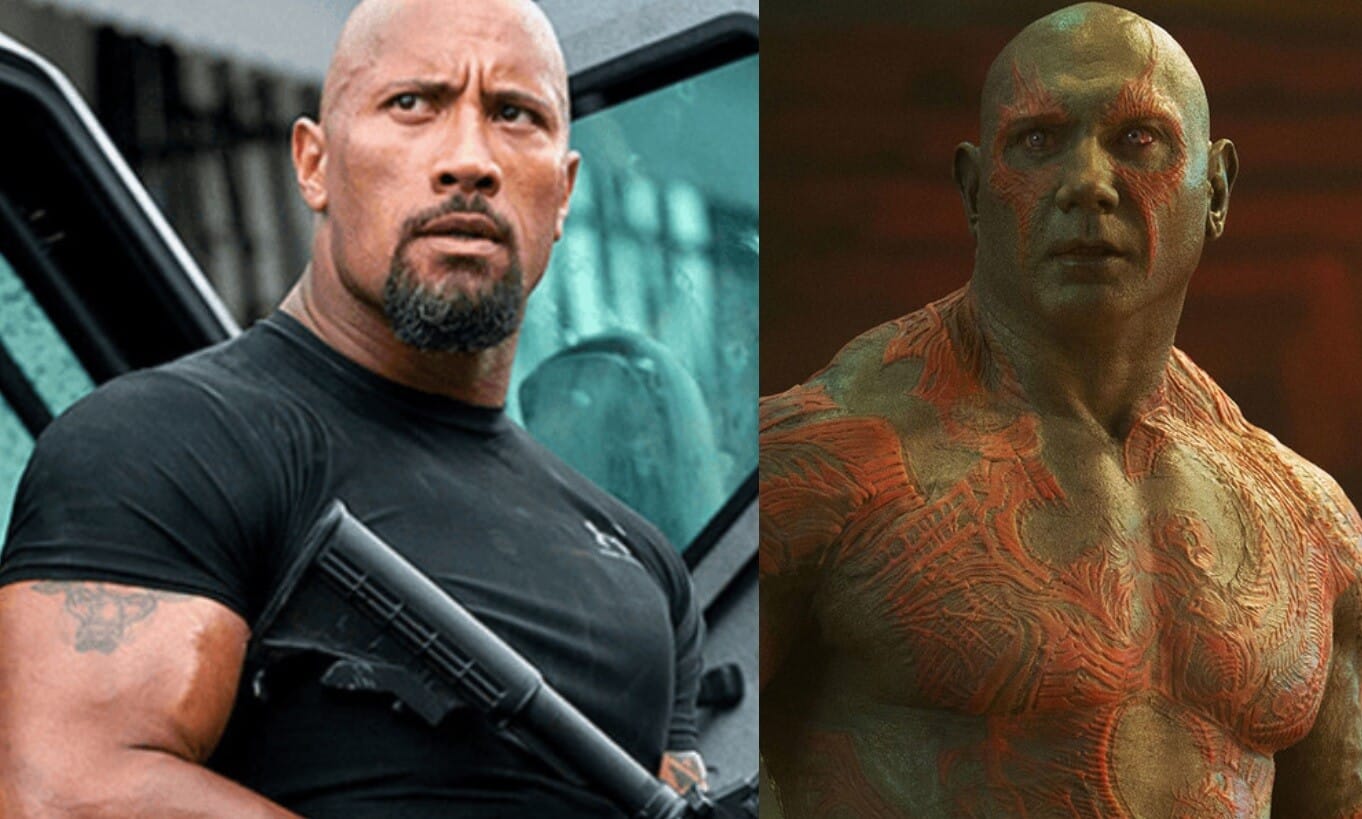 While wrestlers have had a presence in Hollywood in the past, we are in the golden age of sorts for wrestlers work in the entertainment industry. Both John Cena and Dwayne Johnson have gone from wrestlers to megastars, starring in blockbuster films like Bumblebee and Hobbs and Shaw. Dave Bautista has also had significant success, shinning in supporting roles while continuing to build an interesting resume of films.

Bautista’s star continues to rise but appears to be far more focused on improving his craft rather than being a star. In an interview with the Tampa Bay Times, Bautista discussed his desire to become a great actor, not a movie star, using his WWE colleague Johnson as an example.

Bautista has been outspoken throughout his career, and I really respect him for the honesty he brings to each conversation. I agree with his assessment on Dwayne Johnson, which I don’t think is inherently an insult to him because as a movie star, he is truly a great movie star. By focusing more on projects like Denis Villeneuve’s Dune, Bautista will continue to grow as an actor, a goal that I really respect him for trying to reach.