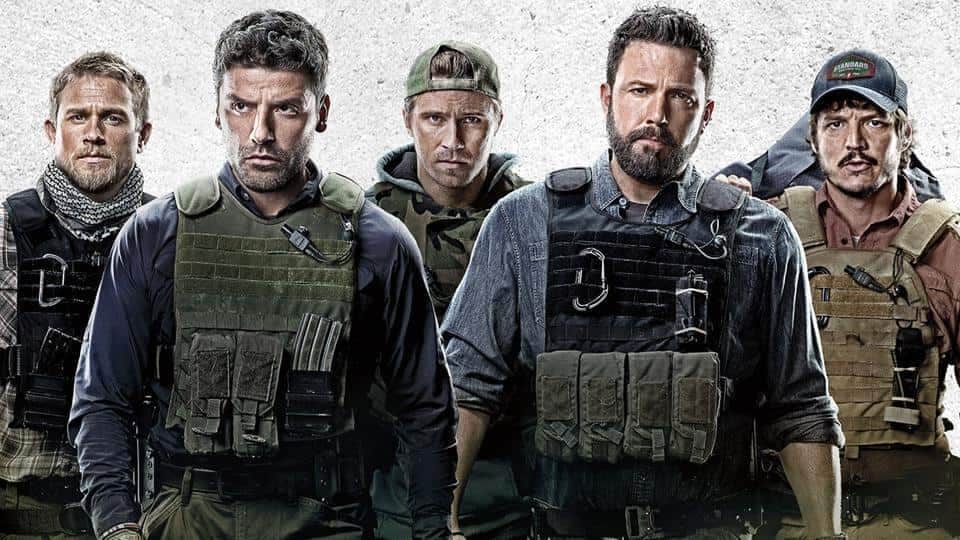 Netflix continues to expand their cinematic horizons, recently coming close to winning Best Picture with Roma while reaching trending status with their documentary Fyre. The streaming giant looks to continue their winning streak with Triple Frontier, a star-studded heist film from Margin Call helmer J.C. Chandor. The results may not be the sum of its parts, but Triple Frontier thankfully provides for a steadily crafted diversion.

Triple Frontier follows a team of five ex-special ops soldiers (Oscar Isaac, Charlie Hunnam, Garett Hedlund, Pedro Pascal, and leader Ben Affleck), each stuck in a dull life after their service. They attempt to take back for what they didn’t receive when they plan a heist on a powerful cartel leader.

Triple Frontier has the make-up of your typical heist film, and while the film does try to imbue some larger significance and meaning into its formula, it mainly succeeds at following the conventions of its genre.

Much of the credit goes to Chandor’s steady hand behind the camera. Getting to work on a big-scale production for the first time in his career, Chandor relishes the opportunity of getting to work in several exotic locals, scoring many impressive shots throughout. Even when the film is following the most familiar of cliches, Chandor is able to execute these moments with polish and thoughtfulness visually.

Unsurprisingly, the high-profile cast proves to be up for the task. Ben Affleck, in particular, is a highlight, imbuing his character with a sense of regret and anguish that simmers throughout. Oscar Isaac is solid as always in the straight man role, with Hunnam, Hedlund, and Pascal also doing quite well in their supporting roles. Each actor is able to make an impression with their characters even when the script doesn’t give them much to work with.

Triple Frontier has the potential for greatness, as I see where Chandor tries to give this material purpose. Much of the film’s second half explores the character’s morality, weighing whether their mission to get even was really a morally sound one. Chandor and Mark Boal’s script also throws in a few surprises to stir up the proceedings.

While well-intended, the film’s thematic ambitions come up short. The lack of characterization significantly halts the film’s ambitions, as the characters never become more than mere cliches. The script as a whole feels fairly standard issue for the genre, failing to breathe any unique personality or insight to make this film stand out.

If you can stomach a hardy helping of familiarity, Triple Frontier will satisfy actions fans looking for something to watch on Netflix. It’s a shame the high-caliber team behind the film couldn’t create some more significant, but it’s still a solid base hit.

Continue Reading
You may also like...
Related Topics:Netflix, Triple Frontier