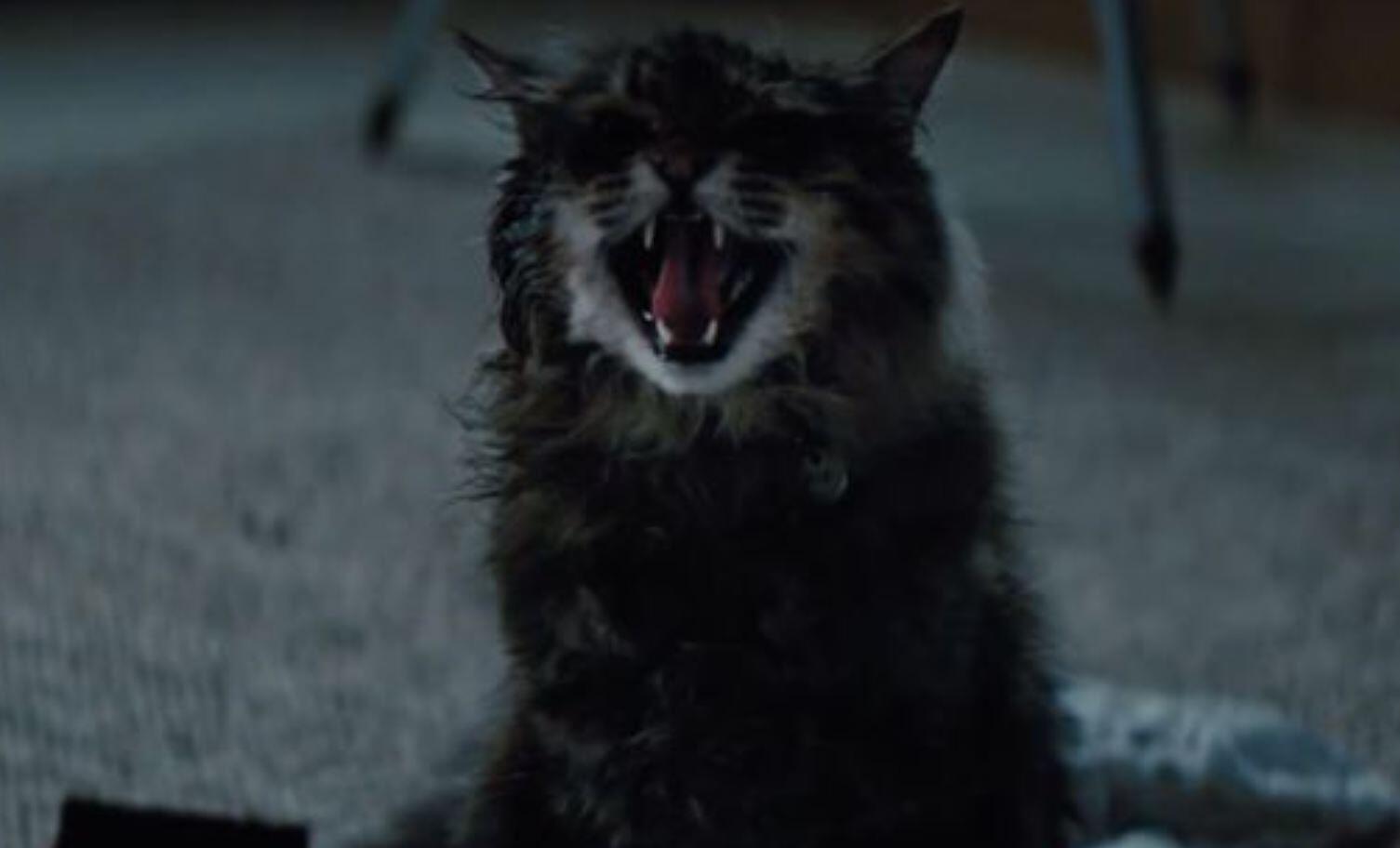 The fans of Stephen King’s iconically classic horror novel Pet Sematary are eagerly awaiting the newest adaptation from Paramount. And to raise the hype factor even more, they’re now releasing new clips from the movie. One such scene shows a key moment when Louis Creed comes across Church, his unfortunately resurrected cat, and it gives a sinister vibe all throughout.

In the original novel, Church was the first being to be resurrected in the Micmac Burial Ground by Louis. As such, it sets the stage for things to come, both narratively and via foreshadowing. Those familiar with the book and previous film adaptation know just how important Church is for the story, so getting to see the demonic little kitty cat in the newly released footage is a dark enough treat for any horror fan to cherish.

Of course, a lot more happens than just undead cats prowling around. In fact, there’s so much story potential, the film’s producer Lorenzo di Bonaventura has even implied a prequel could be made at some point:

“I generally don’t start thinking about [sequels] until they’re a success. I think if there’s anything here, there’s a prequel. I think if you look at the book, we didn’t cover all that stuff that happens before the Creed family moves in. So, I think there’s a movie there, and I think I’d be particularly interested in doing that, because, again, it’s the source material and you are going toward something that also has a lot of crazy, creepy feelings about it.”

At this rate, it’s probably the best time to be a Pet Sematary fan. We have the original novel, 1989 adaptation, 1992 movie sequel, this new film, and a potential prequel on the way. What better way to celebrate one of Stephen King’s most iconic contributions to horror?

Pet Sematary will hit theaters next month on April 5, 2019.