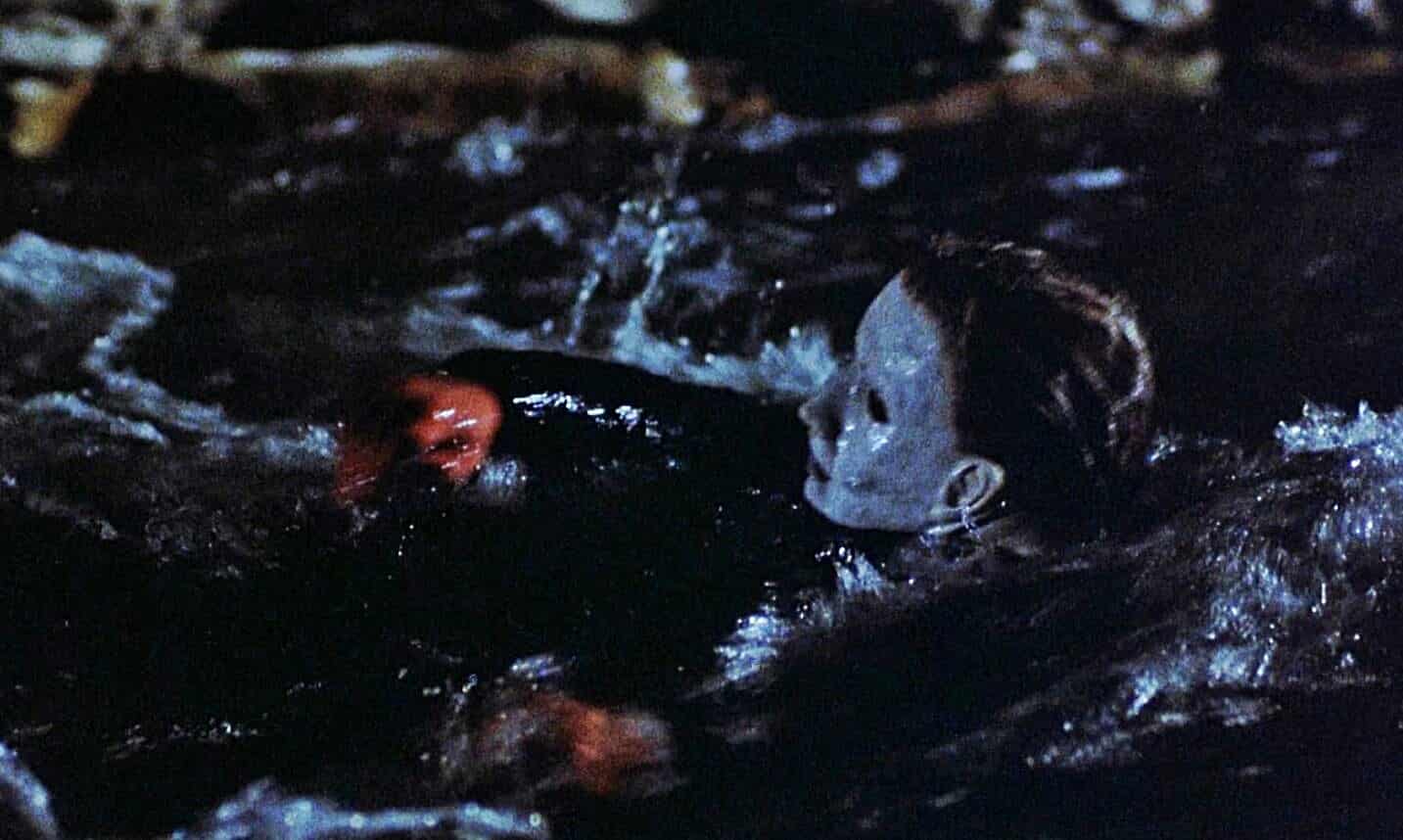 It was considered the Cult of Thorn storyline, and while it drove the Michael Myers story into a corner and forced the producers to conjure up Halloween: 20 Years Later instead, the possibilities were almost vastly different. The Cult of Thorn wasn’t formally introduced until Halloween 6. It was up to Halloween 5 to tease the other supernatural aspects of Michael Myers, and originally there was a different opening set to do just that.

Halloween 5 would’ve originally opened with Michael Myers washing up at the doorstep of a man named “Dr. Death”. It was a deleted scene that has intrigued fans for decades, and yet it was never before released. But that changes now. As we previously learned, HalloweenMovies.com was searching their archives for the lost scene (as well as some uncut death scenes) – now they’ve finally found it!

Halloween Movies teased their find alongside a photo they shared as part of their interview with Halloween 5 actor Don Shanks.

“(I was) placed on this stone alter, and all around (the set) were things that the production had gotten from witches, and people that sell you the occult,” Shanks recalls of the scene. “And there were scrolls and different chants and this and that. And (suspended from) the altar, right above me, was this rock that looked like a stalactite – it was on a string and it would circle. And Dr. Death was doing an incantation on me, and then he tattoos on me the Thorn rune, which is the sign of eternal life. And so he does all these incantations, and on Halloween Eve (one year later) I come back to life.”

“So I put the mask on and I grab Dr. Death by the throat and pick him up over my head and break his back, and then put him on the altar, and take the stalactite and I go through his chest with it. I thought it was one of my better kills. But Moustapha [Akkad] thought it was too much of the occult type thing. So they decided to shoot it differently.”