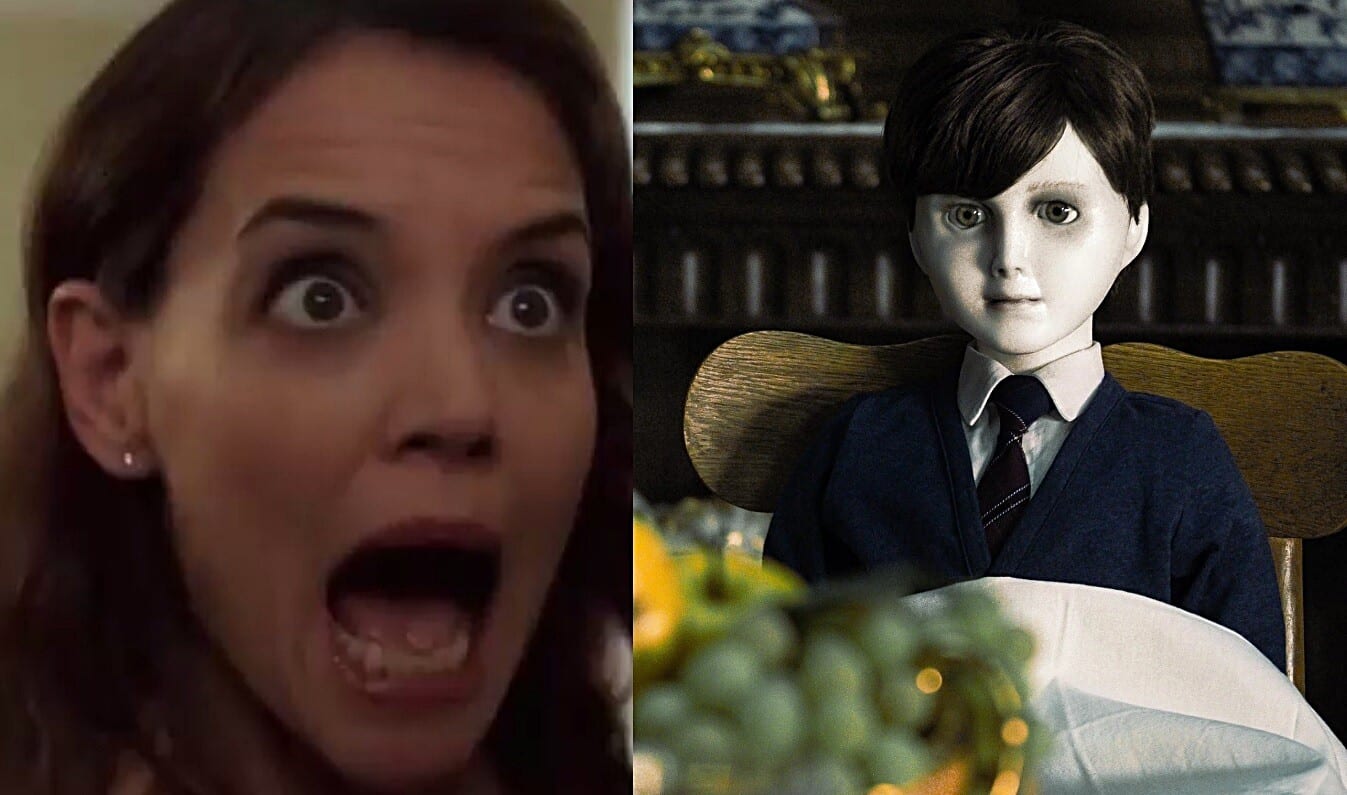 While The Boy faced negative reactions from critics and audiences during its 2016 release, its financial prosperity has allowed STX Entertainment to greenlight a sequel with Brahms: The Boy 2. Gone is Walking Dead star Lauren Cohen, with Katie Holmes taking her place in the lead role in his continuation of  Brahms story.

It appears that star Katie Holmes had an eventful experience on set. Presenting the film’s trailer at last week’s CinemaCon, Holmes revealed how filming was an at times traumatizing experience via International Business Time.

“I like making [horror movies] but it’s hard for me to watch them. [Brahms: The Boy 2] was pretty terrifying to make when you’re working with the doll. I was scared. I never thought of a doll being creepy, and now I have to rethink everything.”

Audiences still have to wait to see the official trailer, but it’s encouraging to hear that there may be some spooky surprises in store with this film. The issue with the original The Boy is that it was far too safe to make an impression. It wasn’t until the film’s third act that the film escaped its plodded pace, with director William Brent Bell failing to build a strong sense of atmosphere.

With this sequel, the hope is that a more traditional story approach will lead to a more successful horror entry. I am interested to see whether this film will follow in its predecessor’s footsteps with a PG-13 rating, or opt for a more challenging R-rating, but this sequel can only go up from the original.

Does this make you more intrigued for the horror movie sequel? Were you a fan of the first movie? Be sure to tell us all of your thoughts in the comments section down below!

Continue Reading
You may also like...
Related Topics:Horror, Katie Holmes, The Boy, The Boy 2