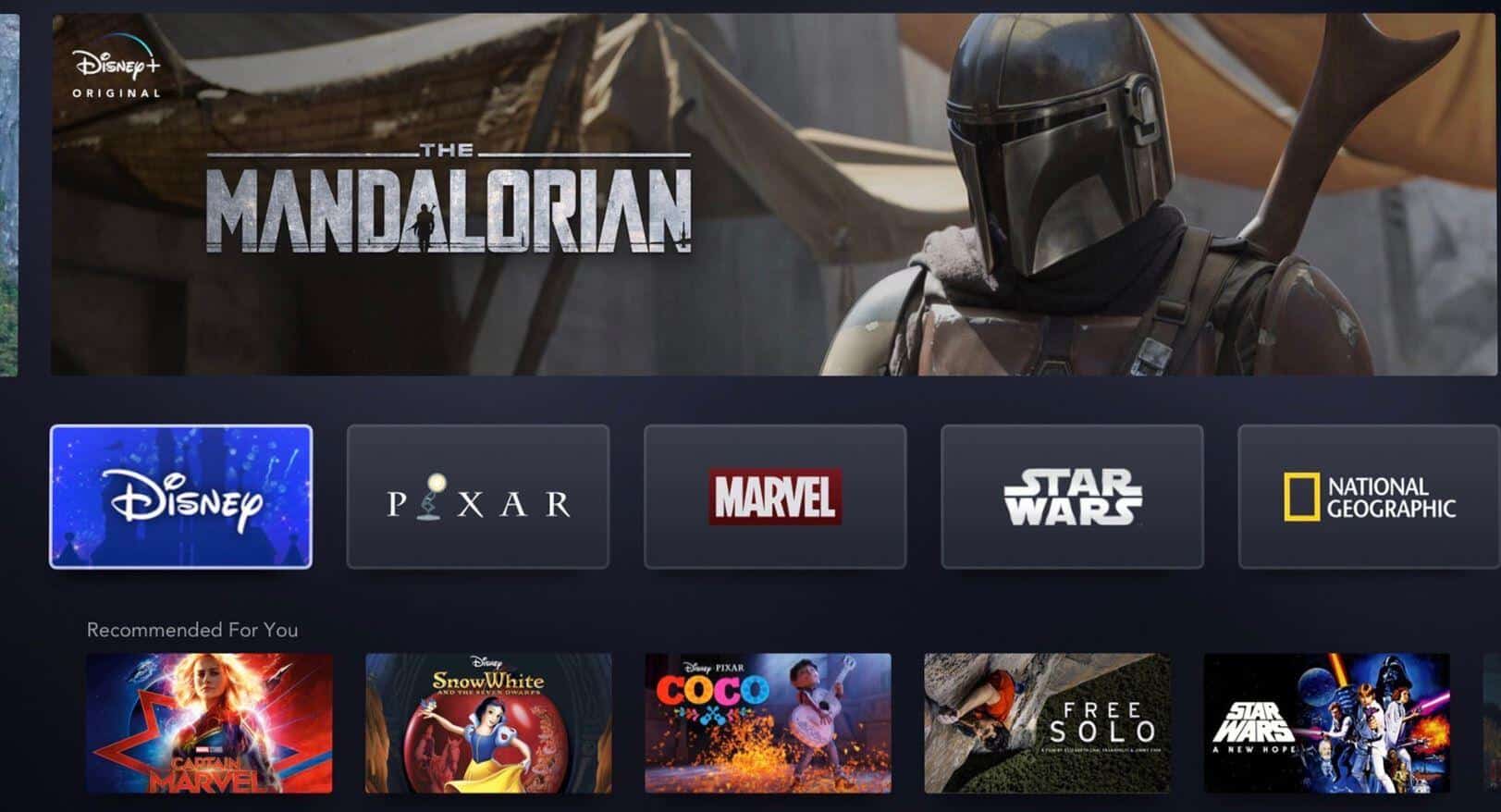 Many pop culture fans have anxiously been awaiting the premiere of Disney’s latest attempt to dominate the media market – this time their very own streaming giant titled Disney Plus. The platform is set to compete against the likes of Hulu and Netflix, while being a unique and exclusive distribution outlet for various Disney properties. Despite being such a large and incredible project, very little has been formally announced – until now.

The first slice of information is more of a possibility from executive Kevin Mayer – the idea that Disney+ could come with a discount. Disney actually owns most of Hulu – and if you happen to subscribe to Hulu, Disney+, and ESPN+, you’re “likely” to get a discount. It seems the idea isn’t yet set in stone, but given how expensive keeping up with all these streaming platforms is getting – it seems like a good idea.

Disney also unveiled their first look at the site’s actual template and style, which is fairly familiar to anyone used to any other streaming setup. There’s a selection of different categories, recommendations, and other organized areas of content to maneuver through.

Have a look below:

All the devices !!!!! #disneyplus pic.twitter.com/srdnc4D18z

Here we go… #DisneyPlus will allow downloading, so all content from the service can be accessed offline!

Higher. Further. Faster. 🌟 @MarvelStudios‘ Captain Marvel will be taking flight on day one of #DisneyPlus.

Get ready. @Jon_Favreau‘s The Mandalorian, the first ever live-action @StarWars series, premieres on #DisneyPlus at launch.

The extensive #DisneyPlus movie library is endlessly enchanting: Mary Poppins, Alice in Wonderland (2010), and much more will all be available the day #DisneyPlus launches. 🎥

💡 The World According to Jeff Goldblum, from @NatGeo, premieres on #DisneyPlus at launch.

The greatest news in the galaxy: All @StarWars films will roll out within the first year of #DisneyPlus.

There hasn’t been a specific announcement about which platforms will support the service, but it seems all general devices will be included – such as smart TVs, phones, tablets, and computers. They’ve also strongly teased that Roku and the PS4 gaming console will carry the Disney+ application.

Interestingly the app will allow for some personalization – including creating your own custom avatars based on iconic Disney characters. If that’s not enough, the application will also allow downloads for offline viewing.

Disney+ will also be carrying content from Pixar, Marvel, and Star Wars, on top of their own “vault” of Disney movies. The service will also boast original shows and movies, for example the first live-action Star Wars TV series titled The Mandalorian. It’ll also have every episode of The Simpsons on it.

Disney Plus will launch this year on November 12th for either $6.99 per month or $69.99 per year if you choose to pay annually.

What do you think of this? Will you be getting the streaming service? Be sure to tell us all of your thoughts in the comments!

Continue Reading
You may also like...
Related Topics:Disney, Disney Plus, Marvel, MCU, Star Wars, the simpsons

‘The Simpsons’ Will Stream Exclusively On Disney Plus
‘Falcon And Winter Soldier’ Series Confirmed For Disney Plus; First Logo Revealed
Advertisement
To Top