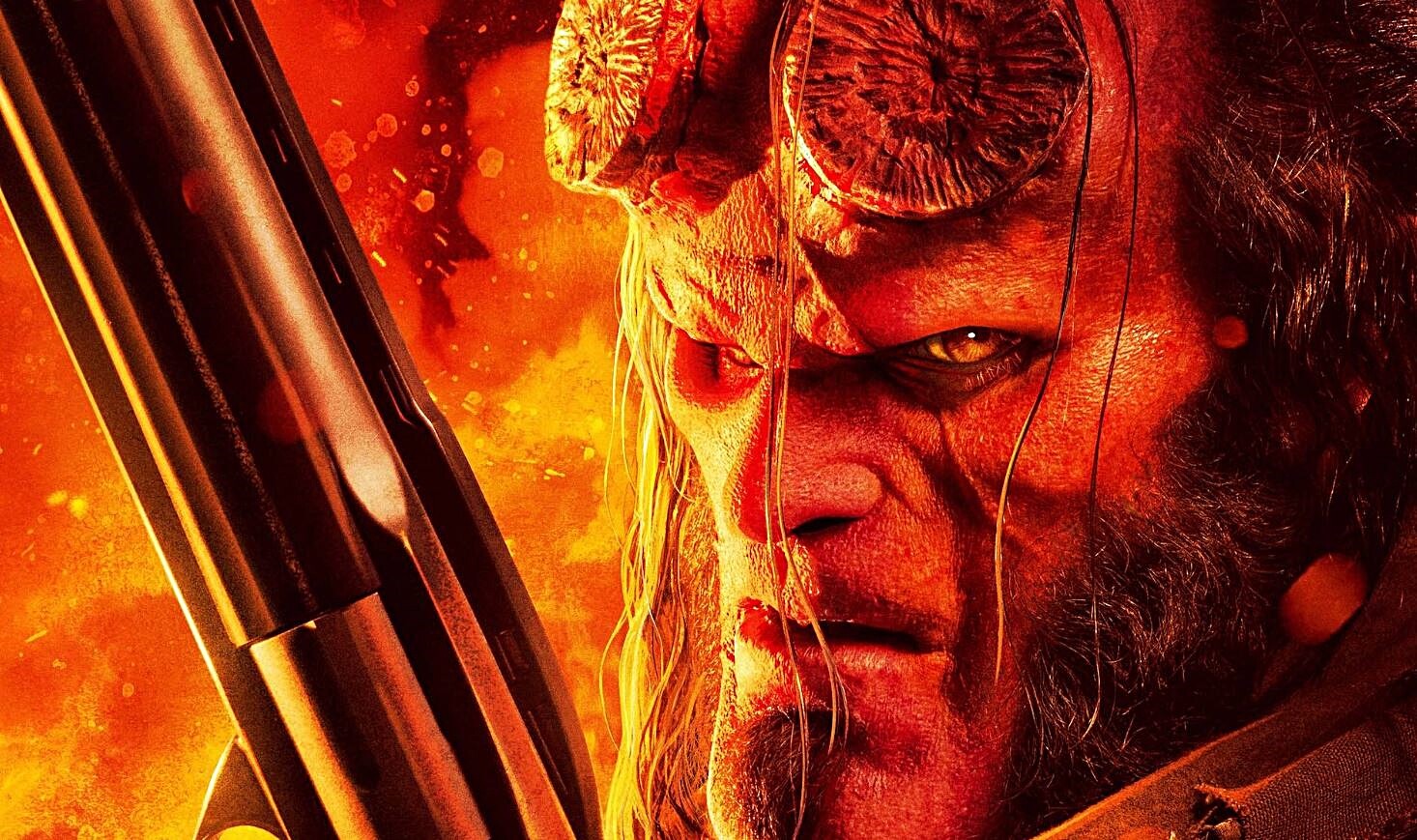 April of 2019 looked to be one of, if not the, biggest months in comic book history. The massive blockbuster, Captain Marvel, would still be going strong, Shazam! was expected to dominate it’s opening weekend, and of course the most anticipated film of all time, Avengers: Endgame is finally coming out at the end of the month. But, there was one other comic book movie coming out that was meant to fortify April 2019 as the greatest comic book movie month of all time in Hellboy.

Unfortunately, after the initial reviews came out recently, and Rotten Tomatoes has it at a dismal 9%, this movie has ended up becoming the black mark on an otherwise monster month.

Now, some behind the scenes news may shed light and what cause this film to flop before it was even released.

The Wrap spoke with some sources that worked on the film (but chose to stay anonymous to avoid being blacklisted) and it seems not all was well on set, mainly because of some kind of feud between the producers (Llyod Levin and Lawernce Gordon) and the director.

Some bits taken directly from that report reveal:

Three people told TheWrap that Levin interrupted Marshall frequently in front of the crew as Marshall tried to rehearse actors, sometimes giving them different directions than the director. Singer’s attorney disputed that: “In fact, Mr. Levin would speak to Neil Marshall after rehearsals and discuss issues with him at that time.”

Two insiders said Harbour repeatedly walked off set, refusing Marshall’s requests for more takes. Singer responded for Levin: “My client has no recollection of that ever happening. To the contrary, David Harbour gave everything he was asked of and more during filming.”

Two insiders said the script was re-written throughout the production. One said those doing the rewriting included actors Harbour and co-star Ian McShane. Singer responded: “Only a few scenes were rewritten during production, and neither David Harbour nor Ian McShane did any rewriting of the screenplay at all. Rewriting certain scenes of a movie during production is customary in the entertainment industry, including by actors, producers, writers and directors.”

One insider described a prolonged dispute over a surreal tree that figures prominently in the film. Marshall wanted a realistic-looking, asymmetrical tree. But the insider said Levin overruled him, insisting on a symmetrical tree. Then, in postproduction, the tree became asymmetrical again. Singer disputed any suggestion that Levin “somehow mucked it up in a back-and-forth tug-of-war over symmetry versus asymmetry,” adding: “The design of the tree, like hundreds of other design elements in the movie, went through an exhaustive design and evolution process.”

ComicBook.com also confirmed with some sources that director Neil Marshall was so unhappy with the final cut and that why he skipped the premiere. Reports of Levin overstepping the director at almost every turn, firing his longtime collaborating cinematographer (just to show “Who’s boss”), David Harbour refusing multiple takes, and a huge blowup over a tree’s design, seemingly are what led to the dismal turn out of a movie.

In return, Levin’s attorney, Martin Singer, responded to The Wrap’s report, and refuted everything they said. Whether that’s an attorney covering his client’s ass or the truth, we just don’t know. As far as Harbour refusing multiple takes, this has also been refuted, but if you consider the insane, hot, and heavy make up he is under, then it kind of makes sense.

Whatever the case, this week is definitely a make or break weekend for this movie. Sometimes, critics just don’t “get it”. Heck, just look at Venom. It got terrible reviews, yet set October box office records. So, you just never really know until you see the movie for yourself.

What do you think of the “backstage heat” on Hellboy? Let us know in the comments below!