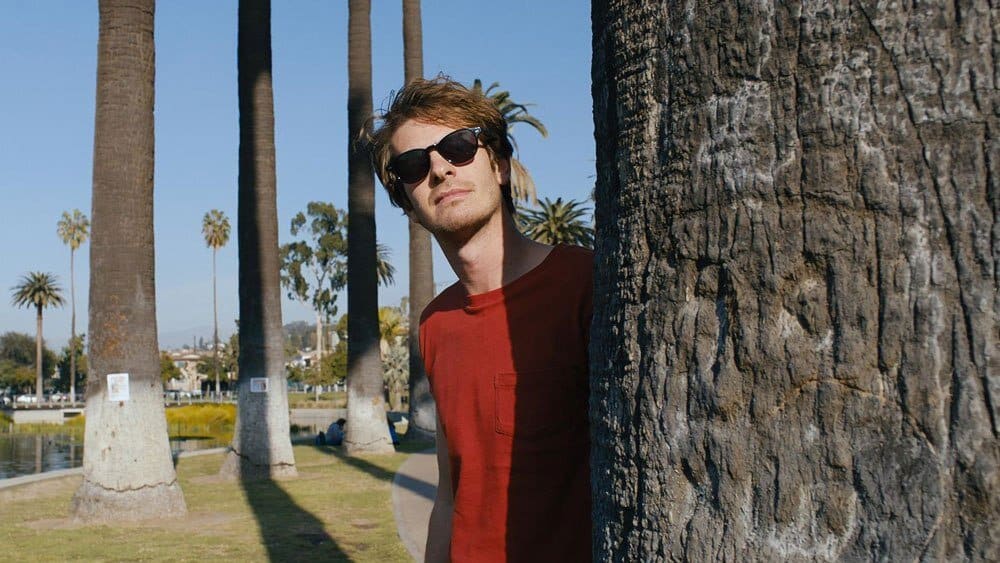 Making a noteworthy impression with 2015’s atmosphere-driven and creepy It Follows, director David Robert Mitchell proved he has the makings of one of the next great directors. Thanks to several delays and an unceremonious release, Mitchell’s follow-up Under the Silver Lake has mostly gone under the radar, but it deserves a spotlight for its wildly ambitious home run swings.

Under the Silver Lake follows Sam (Andrew Garfield), a slacker who wanders through his days looking for some sort of purpose. He suddenly stumbles upon one when a recently befriended neighbor Sam (Riley Keough) goes missing, leaving him on a chase to find the truth.

Under the Silver Lake is the kind of divisive film that will have some audiences labeling it as a masterpiece while others call its absolute trash. Personally, I think both sides have a point, with this being fascinating, albeit flawed, take on the noir genre.

Credit must be given for Mitchell’s pure ambition and skill. Instead of taking a steady step up from It Follows, Mitchell’s script and direction descend into a creative experience that plays off the tropes of the genre intelligently (callbacks range from Hitchcock to even Marilyn Monroe). Even if I wasn’t fully on board with every twist and turn, I couldn’t help but be fascinated by seeing whatever Mitchell has next in store for audiences.

From a directing standpoint, Mitchell may have perhaps even furthered his game with this project. Mitchell takes audiences on a trip of Los Angeles, capturing the lively party scenes and oddball characters with visual pop and a good variety of shot types. His use of music and stylish edits are purposeful and dynamic, as he places painstaking detail into each sequence.

This isn’t merely an exercise in style though, as Under the Silver Lake is Mitchell’s canvas to skewer popular culture and its cynicism at its core. I appreciate the mixture of tones in capturing this concept, with the humor successful satirizing LA culture while still keeping the stakes of the mystery alive. In a more general sense, this is an engaging study in obsession and paranoia, two concepts that have been familiar to noirs but given fresh life here.

It all sounds great on paper, but the execution of this conceit sadly leaves something to be desired. The film’s density can become wearisome after a while, with the different underlying motifs not always offering the substance they seek. Part of the problem is the film’s protagonist Sam, who while wonderfully performed by Andrew Garfield, feels a little too undefined as a surrogate for aimless and shallow men everywhere. I appreciate all the spinning wheels here, and while a rewatch may improve effectiveness, the ending ultimately left me feeling empty.

That being said, Under the Silver Lake is a film that audiences should take a risk on, with director David Robert Mitchell creating a fascinating, yet frustrating end product. It’s a shame this film won’t be given more of a theatrical window, but I can’t blame A24 considering how divisive the film ultimately is.

Continue Reading
You may also like...
Related Topics:A24, Andrew Garfield, Under the Silver Lake