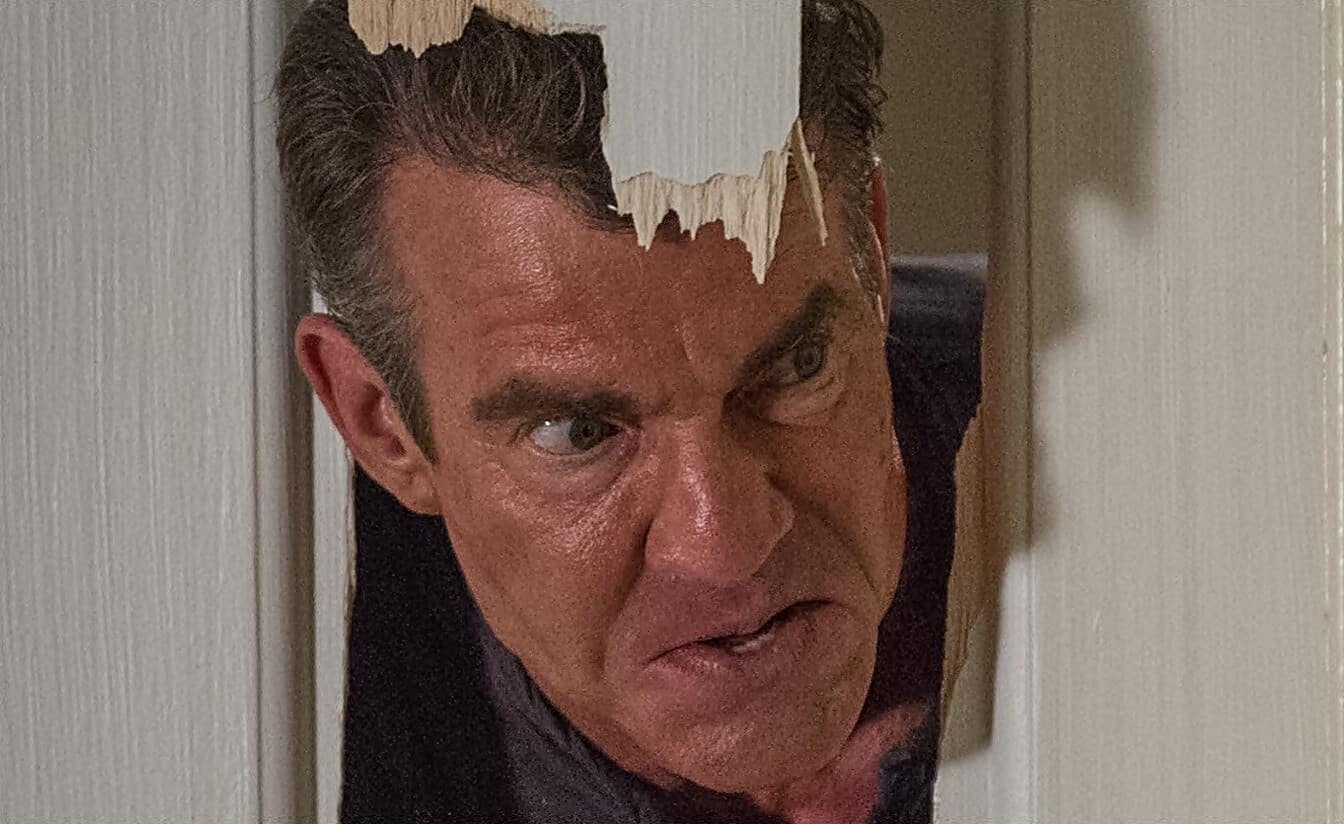 With the current trend of supernatural horror movies dominating the marketplace, the thriller genre has taken a back seat by comparison. Shaking up the trend is The Intruder, a film that attempts to blend humor and horror into one entertaining experience. The final product, despite its flaws, thankfully embraces its genre’s campy absurdities to a winning effect.

The Intruder follows a happy and well-off couple Scott (Michael Ealy) and Annie (Meagan Good), who move out of their busy life to settle down in the countryside. They’re in for a rude awakening when Charlie (Denis Quaid), a seemingly friendly man the couple buys the house from, begins to stalk the couple.

Many will write off The Intruder for not pushing boundaries in its genre but imbued with a sharp sense of humor and self-awareness, the film provides a shamelessly good time despite its conventions.

Making this movie sing is Dennis Quaid, who soaks up the opportunity to play the cheery, yet unstable Charlie. The actor’s wild-eyed enthusiasm and development of idiosyncratic details like his ear-to-ear smile make the character feel lived-in and fittingly creepy. Quaid embraces the lunacy of the material at every turn, taking the character to the extremes of sanity with hilarious results. Stars Michael Ealy and Meagan Good also provide solid performances, playing it straight against Quaid’s wild-man routine while still being self-aware of what kind of movie they are in.

It’s interesting how The Intruder ends up working better as a comedy than a thriller, with director Deon Taylor and his production team putting their own spin on David Loughery’s screenplay. This certainly has the set-up of a generic thriller, but Taylor infuses the film with personality and surprising social relevance.

In the vein of Get Out, which took the white privilege to task with humorous results, The Intruder often finds most of its humor mocking the extremes of the gun-toting creep at its center. Taylor thankfully builds this conceit throughout the movie, creating an uproarious experience that almost encourages audiences to point and laugh alongside the movie. It all pays off with a third act that offers cathartic thrills and satisfying final note.

Where this film thrives as a comedy, it takes a while before the film finds its footing as a thriller. Taylor mostly opts for jump scares throughout the duration to tease the audience, but they are largely ineffective at building much tension. It’s surprising that the film opts for a PG-13 rating instead of fully embracing the concept of this premise, missing the bite to build a true sense of horror.

Technically-speaking, The Intruder is shaggy to put it nicely. Whether its obvious uses of ADR to connect scenes or bizarrely edited moments (there’s a sex scene that rivals The Room in its silliness), there’s a lack of polish throughout. What The Intruder lacks though, it more than makes up for in pure entertainment value.

Continue Reading
You may also like...
Related Topics:Dennis Quaid, Horror, The Intruder