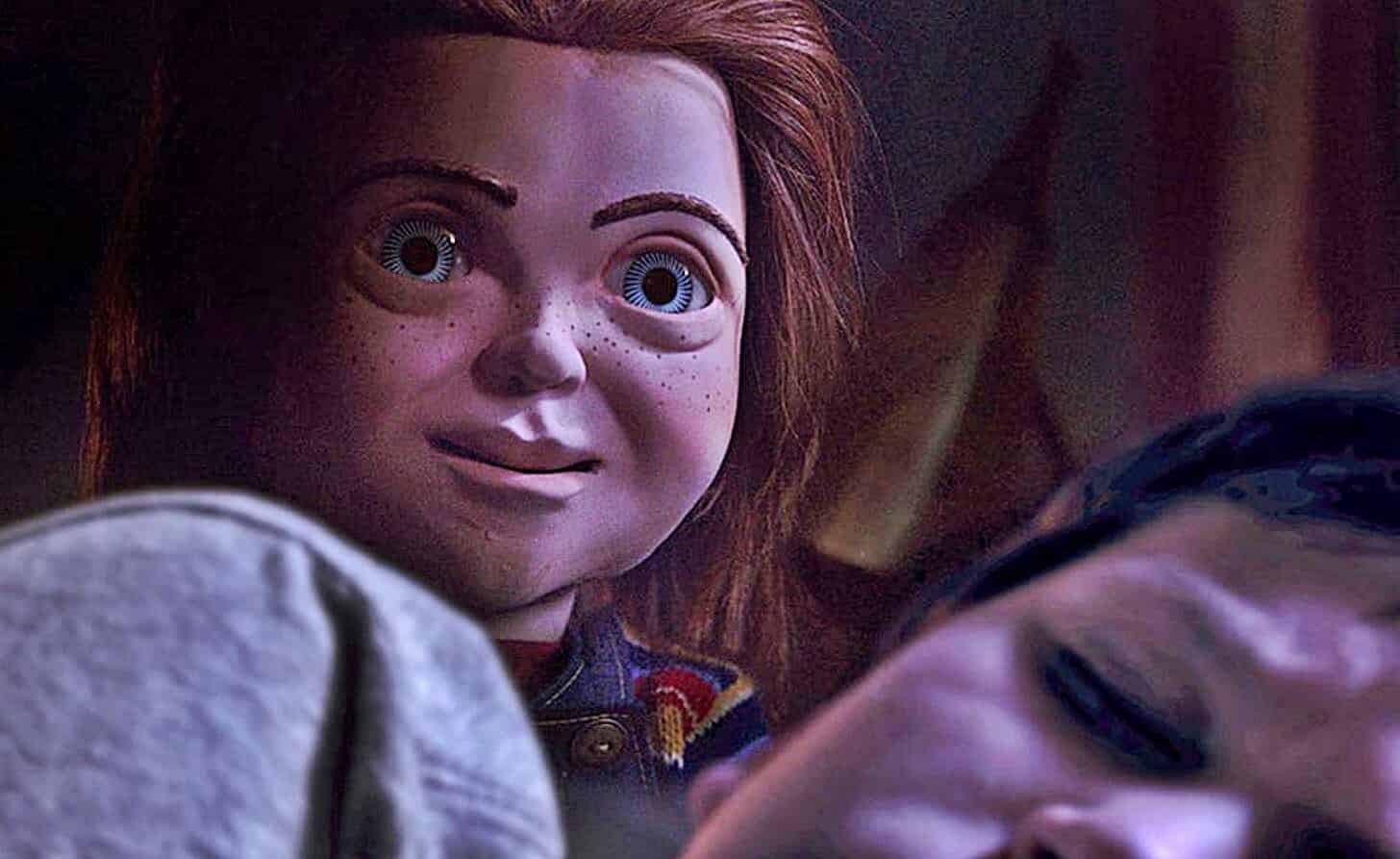 The latest installment in the Child’s Play franchise has some enormous shoes to fill. Although the remake of the iconic horror film follows many of the basic trends the original movie is known for, plenty of fans were concerned with how it would handle the killer doll Chucky. More specifically, they were concerned with how Chucky would sound given that Brad Dourif was being replaced. We now know Mark Hamill is the new voice of Chucky – and it’s a pretty smart move on the filmmakers’ part for casting such an iconic actor in the role.

Although we haven’t gotten to hear much of Hamill’s interpretation of Chucky’s iconic voice, Orion did release an all-new gif that not only includes Hamill’s line of dialogue from the latest trailer – but a tease of his laugh as well!

Sleep tight. 🔪 From the producers of IT comes a modern reimagining of the horror classic. Child’s Play hits theaters June 21. #ChildsPlayMovie pic.twitter.com/gP0HYpXM2F

It’s definitely a fun hint at what’s to come and a smart way of keeping things secretive for the movie while also showing respect for the film’s roots. Chucky is definitely an iconic character – and so far it looks like they’ll both try doing justice to Chucky while allowing fans a fresh and unique way of viewing a new spin on the old story.

Producer Seth Grahame-Smith recently spoke about the remake and his comments reveal exactly that:

“We sort of lean into more of the AI/Kaslan story and hint at a Chucky that is driven by something different than he is in the original series, when he’s Charles Lee Ray and he’s just a truly psychopathic killer in the body of a doll. [Also, there is] the mother/son story, the emotional component of the movie, which I feel like the movie really delivers. And then above all that, just the intensity, the gore, the fact that the movie is rated R, that it really does go there when it goes there. I think the movie looks big, is much bigger than a lot of movies that are our size – very affordable movie, we are. But we had big ambitions. Those are, I’d say, the primary things we’re going for.

It’s not just brooding, and it’s not sinister from the jump. It gets there, for sure, but that I think just gets to the heart of what we’re trying to do here, and why we felt like there was a why and a cultural relevance to doing a different version of this classic series.”

What do you think of Hamill’s Chucky laugh? Be sure to tell us all of your thoughts in the comments down below!