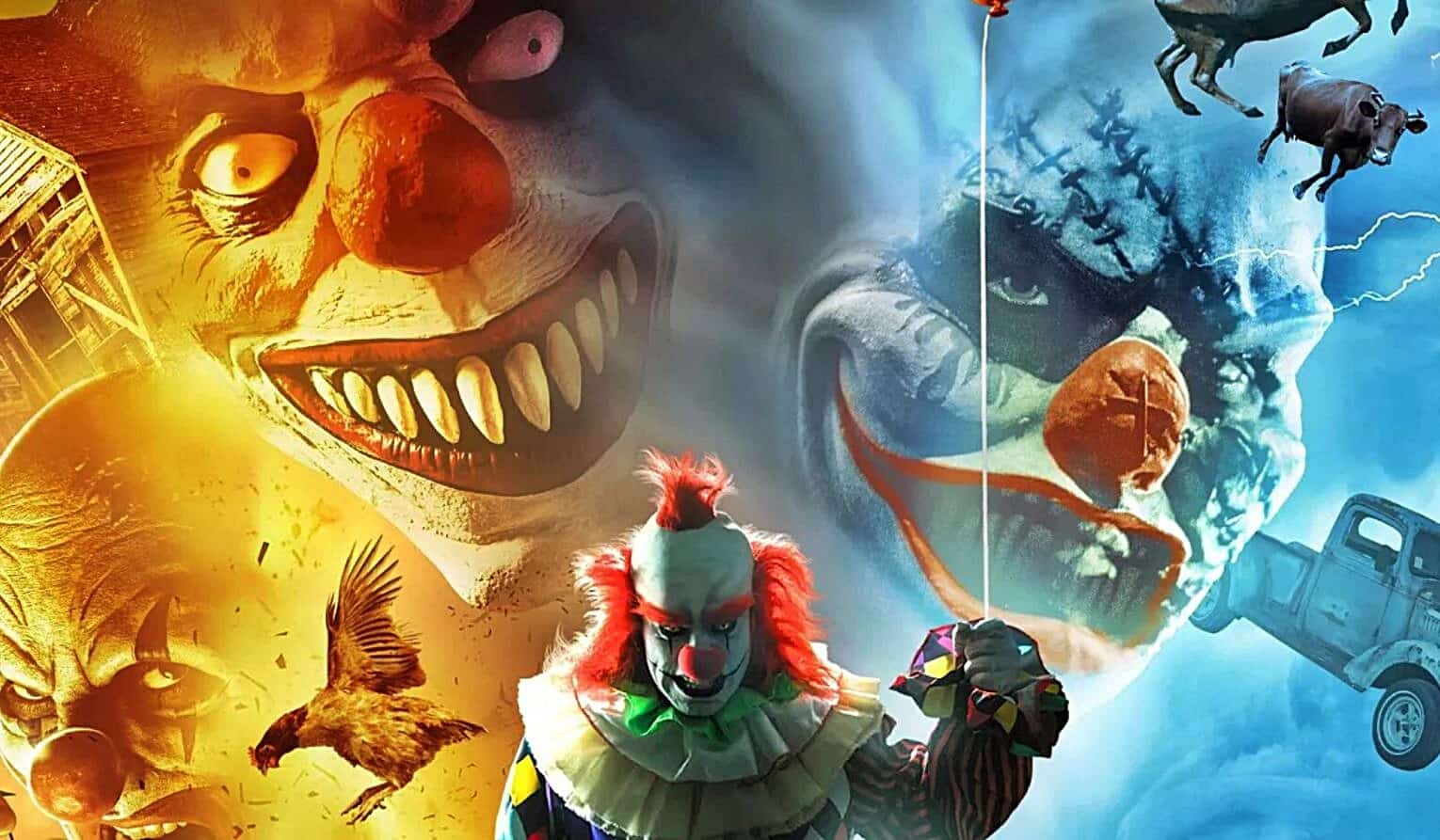 The horror genre has had some interesting new iconography over the years – two of the biggest contributors being Andy Muschietti’s IT adaptation and the Syfy Channel’s seemingly endless series of Sharknado sequels. Now as if by the wish of a deranged mad scientist, there appears to be a cross between the two coming soon. Yes, that’s right – we will be getting a Clownado film sometime this year.

Wild Eye Releasing is distributing the film and presented Bloody-Disgusting with an all-new trailer and one-sheet. The film comes from director Todd Sheets, who had this to say about the movie:

It definitely sounds like a concoction of cheesy horror goodness – and I’m excited to see how it turns out. Check out the trailer and new poster below!

Cursed demonic circus clowns set out on a vengeful massacre using tornadoes. A stripper, Elvis impersonator, truck driver, teen runaway, and a dude get caught in the supernatural battle between femme fatale and the boss clown from hell.

Clownado will be premiering sometime this summer.

How do you feel about the trailer for Todd Sheets’ new film Clownado? Are you excited about the premise or the cast? Be sure to let us know in the comments section down below!