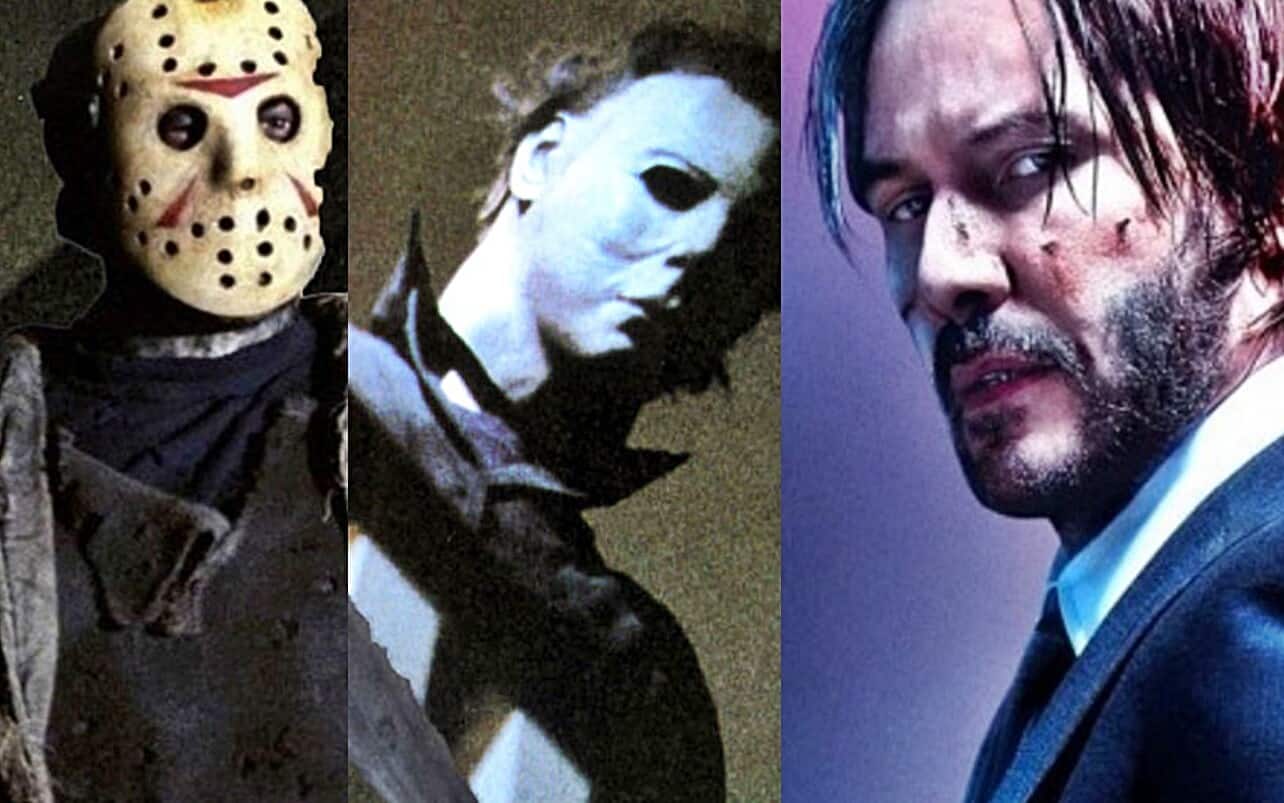 The John Wick franchise continues to be a major success for the action genre especially for an original movie series. The third film currently has one of the biggest box office openings – proving that the fan base is excited and eager to see more of the character made famous by Keanu Reeves.

It’s almost a similar business model to slasher films of the 1980’s, where Reeves’ character John Wick has since been compared to by fans. John Wick is not only called the Boogeyman by characters in the movie series, but he’s also well-known for his creative means of killing antagonists and the body counts as well.

Now thanks to Bloody-Disgusting, they’ve figured out the body counts for each movie and it’s quite a staggering amount of bloodshed that makes even the most gruesome Friday the 13th look tame.

It’s an insane amount of kills, combining for a total of 306 people across the three films. What’s more, is that this is only three movies – compared to something like A Nightmare on Elm Street that only has a few dozen kills across nine movies. In fact, if you combine all the kills from the complete Friday the 13th and Halloween franchises – which is only 297 – John Wick has them beat!

The number thus far won’t include John Wick: Chapter 4, but we can expect the bloodshed to be even more intense and outrageous in the next outing.

John Wick: Chapter 4 will hit theaters with star Keanu Reeves returning on May 21, 2021 – so expect those numbers to rise.

How do you feel about John Wick’s massive body count? Are you impressed that he’s killed more than Jason Voorhees and Michael Myers combined? Be sure to let us know all of your thoughts in the comments section down below!

How ‘Avengers: Endgame’ Changed The Quantum Realm
‘Jessica Jones’ Season 3 Will Premiere On Netflix in June
Advertisement
Advertisement
To Top