‘Dark Phoenix’ Review: A Disastrous End To The X-Men Franchise 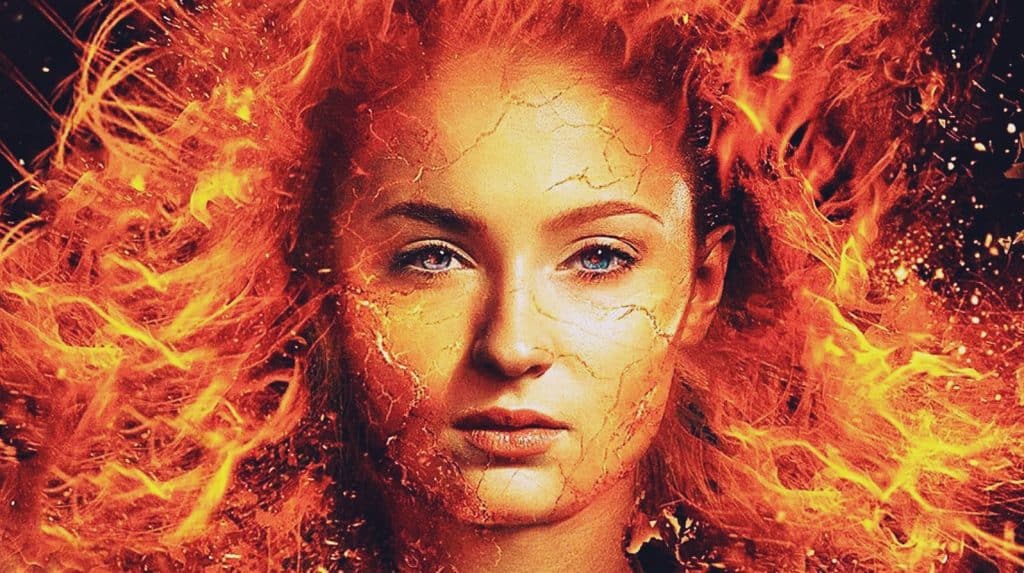 Fox’s X-Men franchise has had a 19 year run on the big screen, a journey that has been full of impressive highs (Logan) and shocking lows (X-Men Origins: Wolverine). With the recent Disney-Fox merger, the latest X-Men film Dark Phoenix has been marked as the last entry of Fox’s long-running franchise. Going out with a disappointing whimper, Dark Phoenix marks a new low in the X-Men franchise.

Dark Phoenix follows the X-Men, who have finally escaped the outcast label from society. During a routine mission, Jean Gray (Sophie Turner) is struck with a cosmic force that unlocks her full powers. When a mysterious creature Vuk (Jessica Chastain) begins to control her influence, the X-Men must battle to find the Jean they once knew.

Despite offering some promising ideas to the superhero formula, Dark Phoenix royally underserves its characters and the respective universe, delivering one of the least effective superhero entries in some time.

What went wrong? It’s clear from multiple delays and reshoots that this film never was cohesive as it should be, but I think its also fair to place blame towards Dark Pheonix’s predecessors for this film’s issues. Instead of following the MCU formula of connecting story threads from film to film, the new X-Men films have largely been standalone entries that haven’t carried over much in terms of storylines and character development.

So when the whole series is trying to conclude its story and characters with Dark Pheonix, it just all falls incredibly flat. Simon Kinberg’s screenplay plays around with some interesting concepts, such as Professor X battling his patriarchal tendencies and Magneto trying to find internal peace in pacifism, but these ideas aren’t properly established or fleshed out. Kinberg’s script then sandwiches these concepts with newer characters like Cyclops and Storm, but they also lack any real character development to make the audience invested. There’s just way too much going on, dissuading any cool concept from reaching its potential.

Many criticize X3: The Last Stand for its prior portrayal of Dark Pheonix cannon, but that film deserves a lot more credit compared to this latest entry. Game of Thrones’ star Sophie Turner does her best to portray Jean Gray and her transformation, but like the rest of the characters, her arc lacks much in terms of natural progression. The idea of Jean’s descent into darkness dividing the team and their values has so much promise, but the film is never able to earn much of its emotional beats.

Performance-wise, this film offers a fascinating mixed bag. Veteran actors like Jennifer Lawrence and Michael Fassbender offer compelling performances as usual, with Lawrence, in particular, making an impact in her shortened role. It’s too bad that many of the actors are stuck in thankless and robotic roles. Tye Sheridan’s Cyclops and Jessica Chastain’s Vuk, in particular, come off being extremely wooden, which is a shame considering their talents.

Where some superhero misfires like Brightburn are at least able to entice with the promise of missed potential, Dark Phoenix can’t help but just feel tired from start to finish. Kinberg served double duty for this film, with his directorial debut failing add much style or spark to the proceedings. Even with a 200 million dollar budget on his side, the action setpieces lack excitement or creativity, seemingly going through the motions of what prior film’s had already done a lot better (even forced Quicksilver and Nightcrawler fight scenes miss the boat.

If there’s anything good to say about Dark Phoenix, at least those hesitant to the idea of Disney taking over the franchise can be assured that the final product will likely be a lot better than this disappointing misfire.