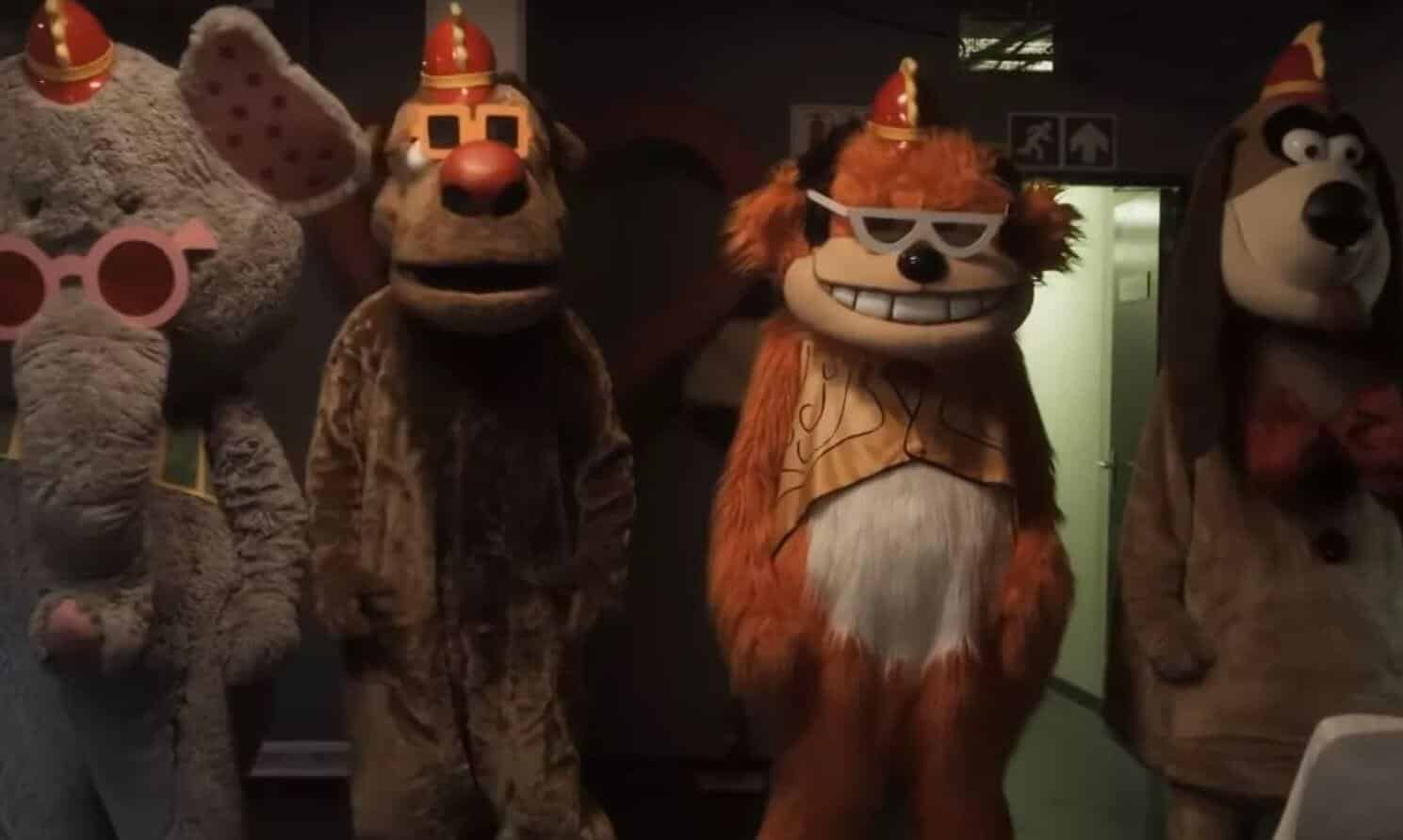 Warner Bros. Home Entertainment and Syfy are reviving the old beloved characters for the new project, which has recently been confirmed as being R-rated for “horror violence and gore.”

In The Banana Splits Movie…

“A boy named Harley and his family (brother Austin, mother Beth, and father Mitch) attend a taping of The Banana Splits TV show, which is supposed to be a fun-filled birthday for young Harley and business as usual for Rebecca, the producer of the series. But things take an unexpected turn — and the body count quickly rises. Can Harley, his mom and their new pals safely escape?”

The movie stars Dani Kind as Beth, Finlay Wojtak-Hissong as Harley, Romeo Carere as Austin, Steve Lund as Mitch, and Sara Canning as Rebecca and not forgetting the stars of the show, Bingo, Fleegle, Snorky and Drooper. The movie is directed by Danishka Esterhazy and written by Jed Elinoff & Scott Thomas and produced by Blue Ribbon Content in association with Warner Bros. Home Entertainment and SYFY.

It certainly looks like the movie will be a fun watch if nothing else. We will find out what the characters get up to with their new violent personas later on this year, when the movie will be released on home video by Warner Bros. Home Entertainment. Following that, The Banana Splits Movie will be screened on SYFY.

What do you think of the trailer for The Banana Splits Movie? Let us know all of your thoughts in the comments section!

Continue Reading
You may also like...
Related Topics:Horror, The Banana Splits