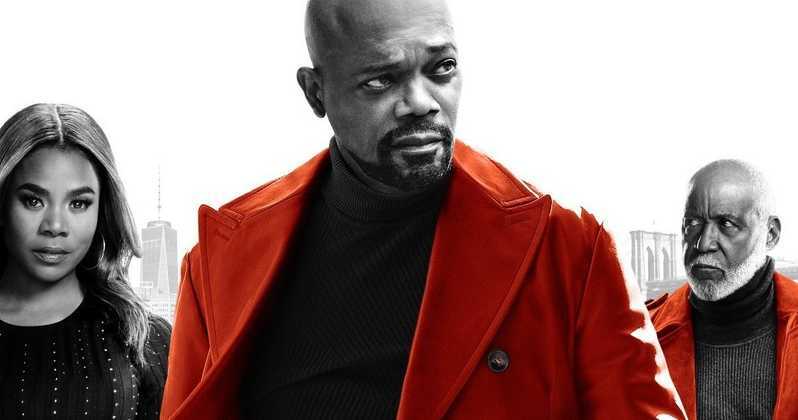 With his signature and hilariously direct approach to acting, Samuel L. Jackson has become one of the most beloved character actors in the industry. He has shined in supporting roles like Pulp Fiction, but it’s always exciting to see the actor get to command the screen as the star of a film. With Shaft (2019), Jackson reprises his role as the signature hero from the 2000 film, but the results are far less inspired.

Acting as a loose sequel to the 1971 and 2000 films respectively, Shaft follows John Shaft Jr. (Jessie T. Usher), a CIA data analyst who is thrust into a mystery when his friend mysteriously dies. To solve the case, he has to contact his dad John Shaft (Samuel Jackson), an old-school private detective who operates in his own offbeat way.

Trying to modernize the blaxploitation roots of the original without any of the charm or originality, Shaft (2019) comes off as a lazy studio effort to profit on an old staple.

While a lot doesn’t work, audiences can rest assured that Jackson brings his usual dynamic energy. As the foul-mouthed titular hero, the actor gets to play into the extremes of his f-bomb dropping persona with some humorous results. Even when the material isn’t up to snuff, Jackson’s signature style often lightens the proceedings. Same can be said for Regina King and Richard Roundtree, who while underutilized, deliver with a few sharp moments.

Aside from the veteran cast, Shaft struggles to find much of a pulse. Director Tim Story is a veteran in the industry, but he is often seen working in the strict confines of studio comedies (Ride Along and Think Like A Man). Trying to create the visual swagger of classic blaxploitation films, Story’s effort lacks much spark. The film’s drab color pallet and erratic use of slow-motion lack polish, and the action setpieces themselves are constructed without much excitement. Catchy hip-hop tracks are included in nearly every scene as a means to bring some sort of energy to the film, but they can’t mask the lack of excitement on the screen.

Shaft’s screenplay ranges from middling to borderline offensive. Alex Barnow and Kenya Barris’ script hits the most cliche story beats possible, placing the audience in a meandering mystery that fails to develop much intrigue. The humor present can be effective, but when it focuses on baby boomers tone-deaf remarks about today’s “snowflake culture”, the results can be painfully misguided. Jessie T. Usher, who is supposed to be the star of the film, is often played as a young bumbling sidekick, taking away the power and effectiveness of the character. It’s a shame that Shaft is never able to get much going for it, as a fresh take on this concept could have been timely as ever.