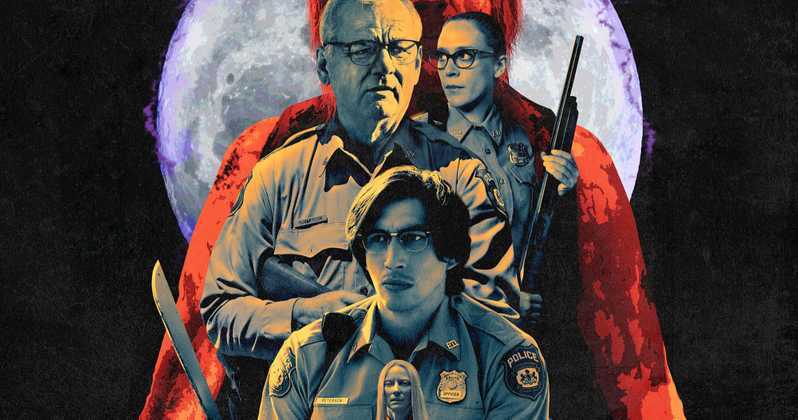 Zombies have taken over pop culture over the last decade with staples like The Walking Dead, The Last of Us, and World War Z helping to popularize the genre. With the genre reaching its point of over-saturation, filmmakers have to get creative to make their interpretations feel fresh for the undead. In comes writer/director Jim Jarmusch, whose new black comedy The Dead Don’t Die utilizes zombies to create pinpoint humor and commentary about our apathetic culture.

Set in the peaceful town of Centerville, The Dead Don’t Die follows officers Cliff Robertson (Bill Murray) and Ronnie Peterson (Adam Driver), who are thrust into action when their quiet routine is upended by the dead coming back to life.

The Dead Don’t Die’s offbeat sense of humor will certainly divide audiences (holds a 54% rating on Rotten Tomatoes), but those who are able to tune in to its unconventional frequency will discover one of the sharpest films of the year so far.

Jarmusch has assembled an ensemble cast that perfectly fits this material. Adam Driver and Bill Murray, in particular, fit this film’s unique sensibilities like a glove. They’re distant and deadpan at every turn, with the uniquely talented comedic actors cleverly playing along with this film’s sensibilities. Driver, in particular, is a true master of deadpan comedy, as he can create uproarious laughter from the simplest of gestures. Same can be said about the film’s expansive supporting cast, with actors like Tilda Swinton, Steve Buscemi, and Caleb Landry Jones all having fun with their eccentric roles.

Critics of The Dead Don’t Die have labeled the film to be a lazy effort from Jarmusch, but what many call lazy I simply call apathetic. Jarmusch’s filmography often includes films that are withdrawn from humanity, with his latest double-downing on that concept to comedic effect. The filmmaker uses zombies to comment on our own aloof tendencies, as the characters blindly accept their grisly fate as the world around them crumbles. This includes deft political commentary that registers with a sharp bite. It’s certainly a dark concept, but Jarmusch is able to balance the tonal ideas through his sharp writing and ability to constantly find the humor in the dourest of situations. Visually, Jarmusch cheekily pays homage to 70’s era zombie films, using that as a canvas to interject his own wacky ideas.

The Dead Don’t Die is a film that boldly takes weird ideas to their limits with each scene. Whether its clever fourth wall jokes or unbelievably bizarre plot turns, Jarmusch’s film is constantly able to engage and surprise. All these ideas may not land, some subplots lack a comedic pulse and the narration can border on being overexplanatory, but a majority do succeed with great comedic effect.

Continue Reading
You may also like...
Related Topics:Adam Driver, The Dead Don't Die