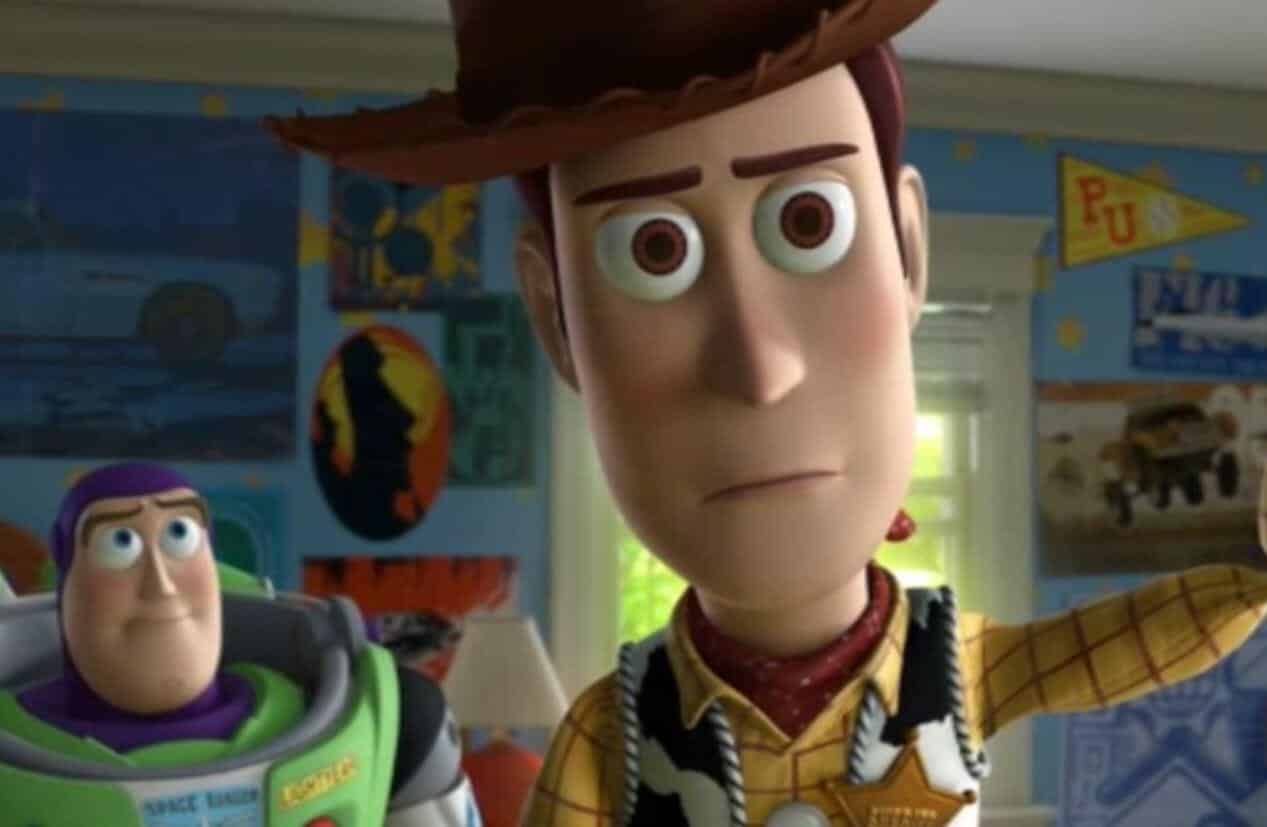 “You got a friend in me.” Words that are synonymous with the Toy Story to Toy Story 4 and a lot of people’s childhood. The song written and performed by Randy Newman is something that speaks to everyone’s days of growing up and wondering if their toys were alive when they weren’t looking. The first Toy Story brought that idea to life back in 1995 and has become a footnote in the world of pop culture. The films over the years have continuously brought joy and laughter for every age to share with one another. These Disney/Pixar Animation movies have also been known to leave the audience in tears when the toys themselves are an allegory for the many factors of being an adult.

Toy Story 3 would’ve been a perfect bookend of the franchise once Woody, Jessie, Buzz Lightyear, Mr. and Mrs. Potato Head, Rex, and many more were metaphorically and symbolically passed on to a new generation. However, Pixar Animation and Disney decided to pull on the audience members’ heartstrings by bringing the gang back one more time and remind us why the Toy Story movies are so goddamn good.

Toy Story 4, directed by Josh Cooley—his debut feature—returns some of the classic actors and actresses in this journey of Bonnie’s (Madeleine McGraw) toys on a road trip.  Before the trip begins, Bonnie creates a toy for herself by the name of Forky (David Hale) to cope with the first day of kindergarten and there we have Woody (Tom Hanks) doing everything he can to make Forky stick around. 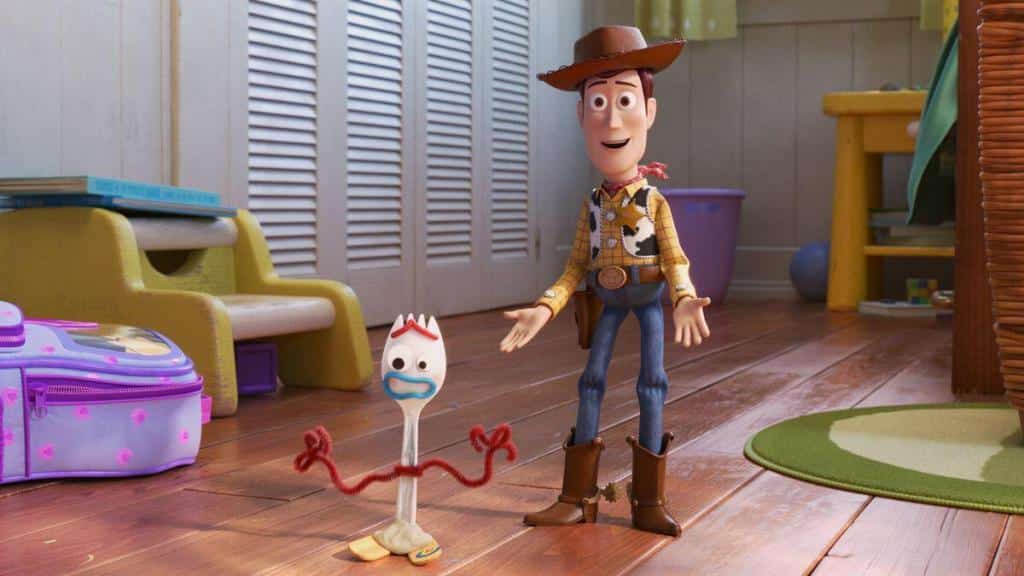 MINOR SPOILERS FOR THE FIRST FIVE MINUTES OF THE FILM

The film starts off by telling us what the hell happened to Bo Beep (Annie Potts). This scene would later become a big character arc that reminded me how carefully and well-executed these movies are and why Toy Story has such an impact on many audience members. The story takes a few tropes or plot devices in the previous movies and adds a fresh coat of paint on it. The writing by Stephany Folsom (Star Wars Resistance) and Andrew Stanton (Wall-E, Finding Dory) knows when to make the laughs count and make the emotions hit. I found the “waterworks” turned on twice when a new player in the world of Toy Story finds a home and when an old one says goodbye. Don’t panic. It’s not in the vein of the “landfill incinerator” scene from Toy Story 3. No one wants to relive that anxiety-ridden part.

There are a couple of minor hiccups that come with the story. The method to which the story takes for Woody to find an old friend comes off as forced. Though it does play out well out in the end, I feel like the writers could’ve gone about it a different way a make it more plausible.  It’s the whole reason why we have Toy Story 4 which means the Stanton and Folsom should’ve hammered out the uneven nature of the plot.

The original cast has fine-tuned their acting skills in terms of making the characters become more lifelike than CGI toy, but this film focuses more on the new set of cast members. Forky is funny from the jump. His desire and purpose for being a fork are great for comedic timing, but to be honest, raises some serious questions about this world. 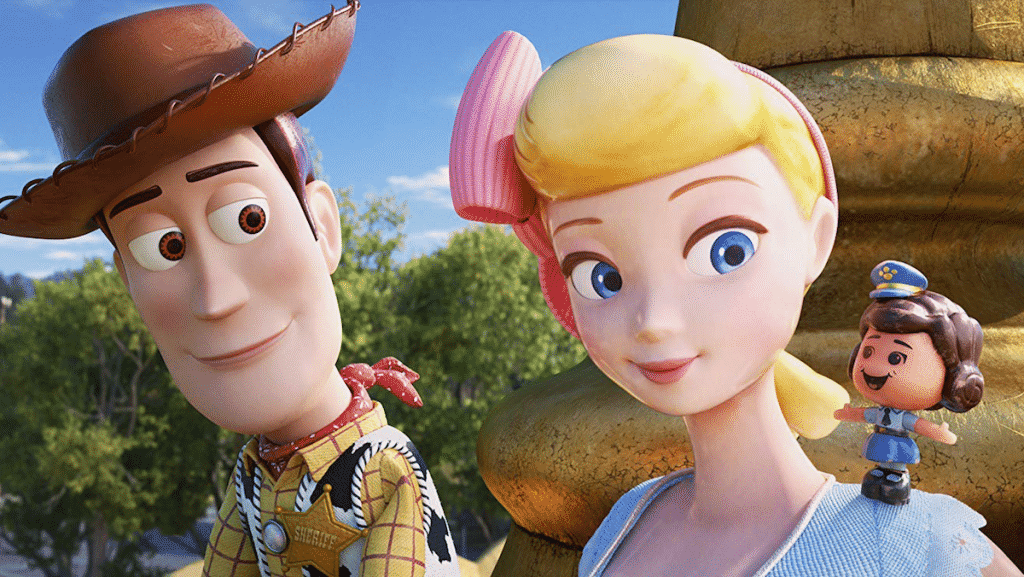 Does every inanimate object come to life whenever someone puts their name on it? Are these objects conscious or are at least aware of us before showing signs of life? Are humans considered God with this power? These are the things that keep me up late at night.

Gabby Gabby (Christiana Hendricks) was a surprise character that carried some depth in the film. Her plot and purpose aligned well with Woody’s which caught me off guard and made her more than just the antagonist of the story. The ones that stick out the most in terms of laughs are Duke (breathtaking Keanu Reeves), Ducky (Keegan-Michael Key) and Bunny (Jordan Peele). The two on the latter end help usher in this movie’s MVS (Most Valuable Scene).

At one point during the film, a few toys must get a key that will progress the story. In order to do this, Ducky and Bunny go through several scenarios on how to get said key. The perfect combination of comedy and horror had me laughing to the point where it hurt.

This scene and the rest of the film was well crafted by Cooley. The director puts a little more of a cartoonish spin on the film that’s less common in the prior movies. Here, Cooley just has fun with some of the silly ideas of the movie. Speaking of CGI, it’s obvious how far these movies have come in terms of the animation but there are several scenes that the characters looked as real as some of the toys I played with growing up. It got to the point where I couldn’t tell if I was looking at a CGI figure or if Disney turned into Dr. Frankenstein and brought some of the toys to life.

This addition to the Toy Story franchise does have some missteps with some of the plot development, but it won’t deter you from enjoying the movie. With one of the characters coming to a satisfying end, it might be a good idea for Disney/Pixar to hang up this franchise on a high note. Yet, audience members tend to gobble these characters up with such delight that Disney might keep this car going until the wheels fall off.