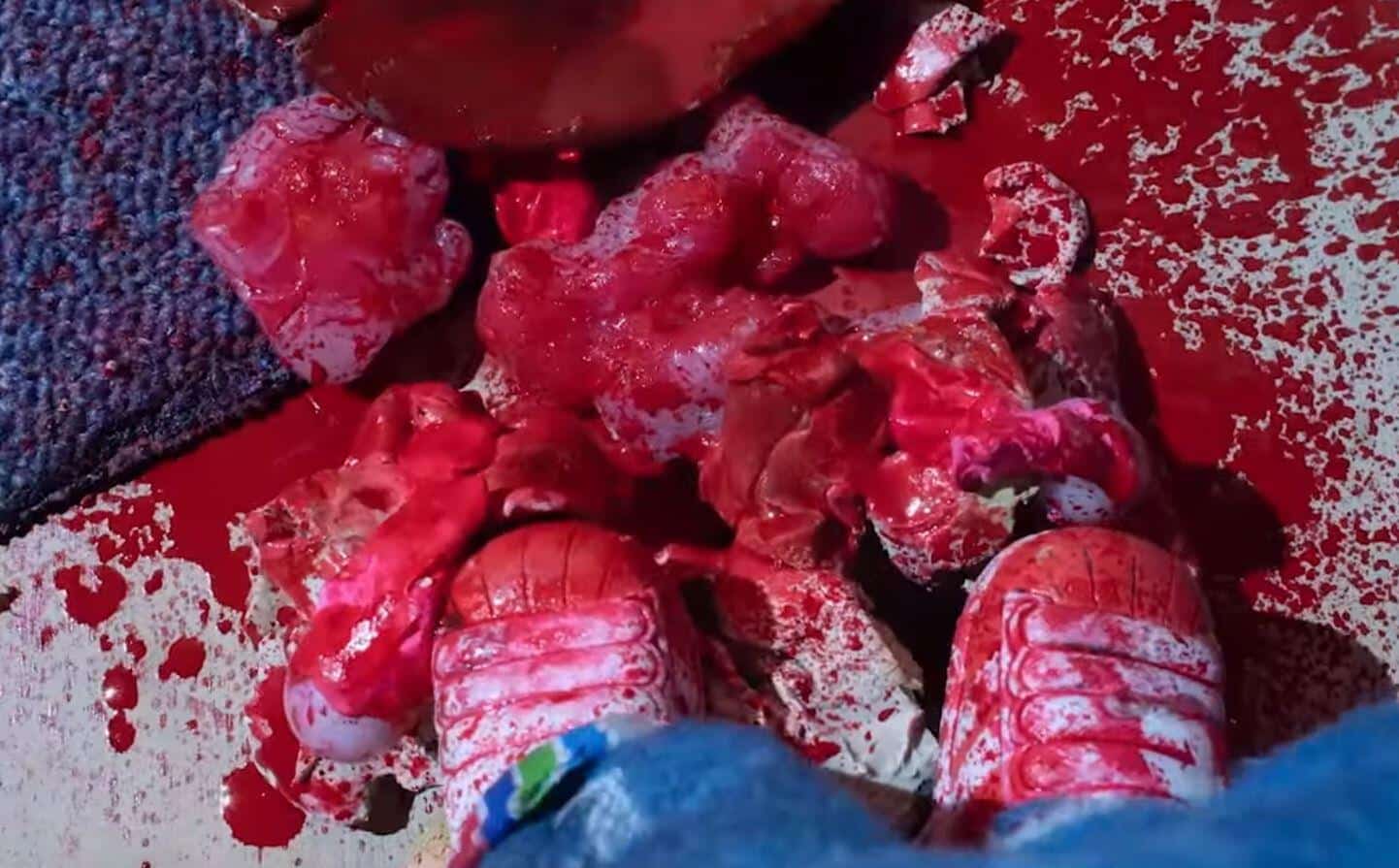 Orion’s reboot of Child’s Play with its new look doll and entirely new story and backstory is coming at the end of the month and to promote the release we already got a cool and suspenseful VR experience featuring the killer doll. Now we have some more cool material, and this one is a lot more violent and gorey.

Orion have partnered with Lee Hardcastle for this super gross claymation video, in which Chucky terrorises other toys. You see him beat a very familiar looking children’s movie character into oblivion as well as slash, stab and disembowel the other toys in the room. All this before the camera settles on a blood splattered calendar and the date of the 21st of June, which is the release date of the new Child’s Play. Watch the video below:

In the new Child’s Play:

A mother gives her son a toy doll for his birthday, unaware of it’s more sinister nature.

Of course, the origin of Chucky is completely different to that which we are familiar with in the original franchise. Actor Mark Hamill, who is the new voice behind the doll, discussed the new origin story of the killer. He said: “So it’s not the soul of a serial killer, but someone deliberately goes in and alters his operating system and takes off the safety measures.”

A lot of fans of the original franchise were uneasy with the new appearance of the doll so it will be interesting to see whether this entirely new spin on the story gets much support and appreciation. They’re certainly doing a lot to promote the project so let’s hope it’s a success. I’m going to remain open minded until the release at the end of the month.

Watch the new Chucky in Child’s Play on June 21.

What do you think of the claymation video? Let us know in the comments!