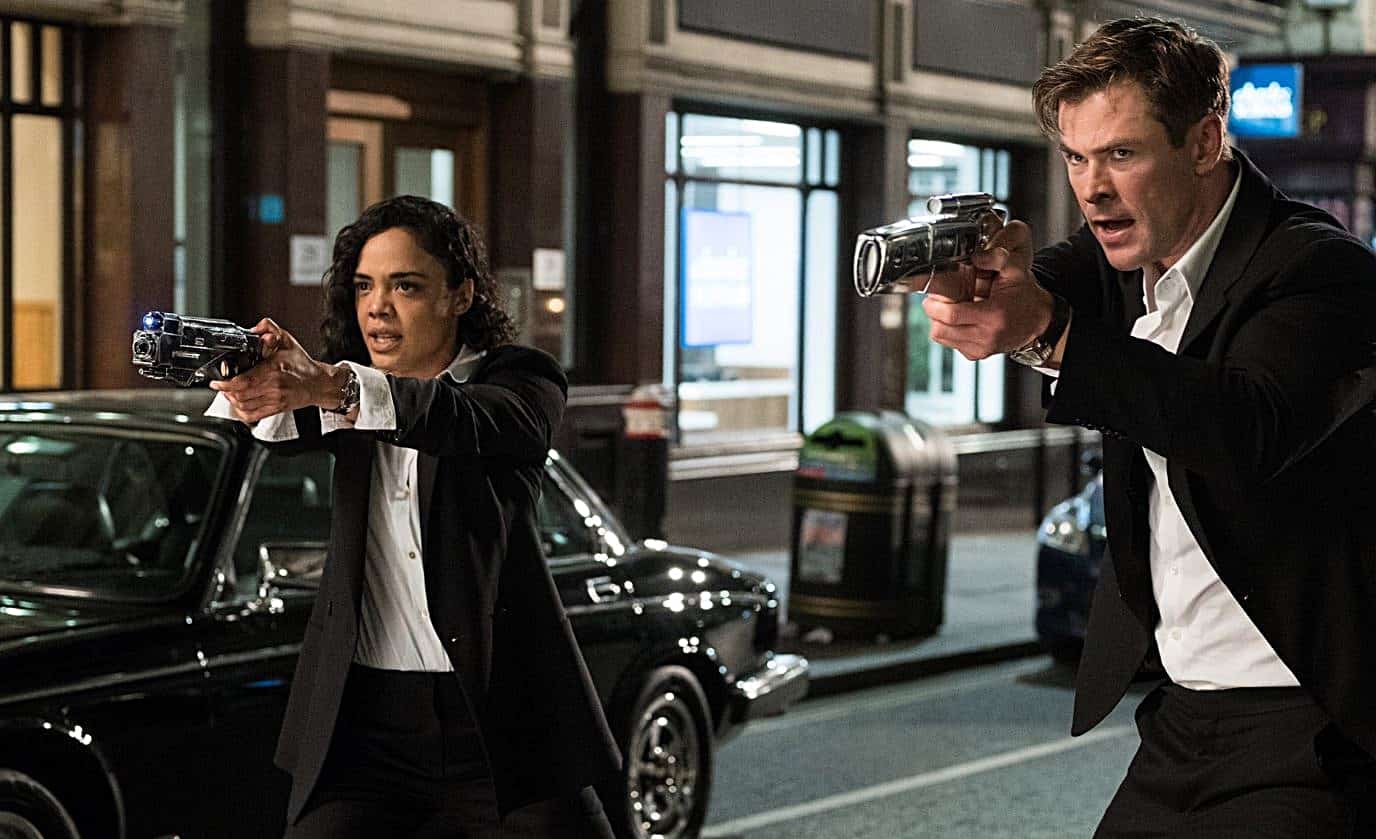 Effortlessly mixing science fiction intrigue with the thrills of blockbuster cinema, Men in Black was a true creative force when it hit theaters in 1997. It would spawn two sequels, that while less-acclaimed, still entertained through Will Smith and Tommy Lee Jones engaging dynamic. Like any franchise though, Sony decided it was time for a reboot with Men in Black: International, a reimagining that lacks any of the fun or creative spark of the originals.

Men in Black: International follows Molly (Tessa Thompson), a woman who desires to join the MIB ranks after seeing extraterrestrial life as a kid. Once enlisted, she teams up with Agent H (Chris Hemsworth) to find out who is the mole inside MIB offices.

Pairing two dynamic stars in Tessa Thompson and Chris Hemsworth together, Men In Black: International seemed like a smooth continuation of the franchise. Instead, audiences are greeted to a lifeless studio product that ranks among the year’s worst.

What went wrong with this reboot? Well, pretty much everything. Hemsworth and Thompson have their moments of sly banter, but their report on screen is executed to a fraction of its potential. Writers Matt Holloway and Art Marcum fail to craft these actors compelling characters to play, and their dynamic onscreen suffers because of it. Unlike Smith and Lee Jones’ offbeat, yet effective pairing in the original, International’s dynamic duo never form a genuine connection or grow as characters. Same can be said for supporting players Kumail Nanjiani and Liam Neeson, who are stuck in thankless one-note roles.

International’s script is, to put it bluntly, creatively bankrupt. The story follows several tired cliches that fail to inspire much investment. A third act villain reveal twist lands like a thud due to its obvious nature, and the story itself is lacking clear stacks or agency. The inclusion of alien lifeforms are mostly used for cheap pratfalls, never capturing the creativity or wonder of the originals.

As a fan of Men in Black’s series roots, International is an incredibly joyless experience to watch, as everyone involved is clearly being constricted by studio mandates (THR reported on production friction). Director F. Gary Gray’s usually stylish direction is put on the backburner for a more generic studio look. It’s fitting that the film’s visuals are just as tired as its content, with each action setpiece lacking in terms of excitement. It’s an incredibly lifeless affair, made all the more disappointing considering the talent and brand involved.