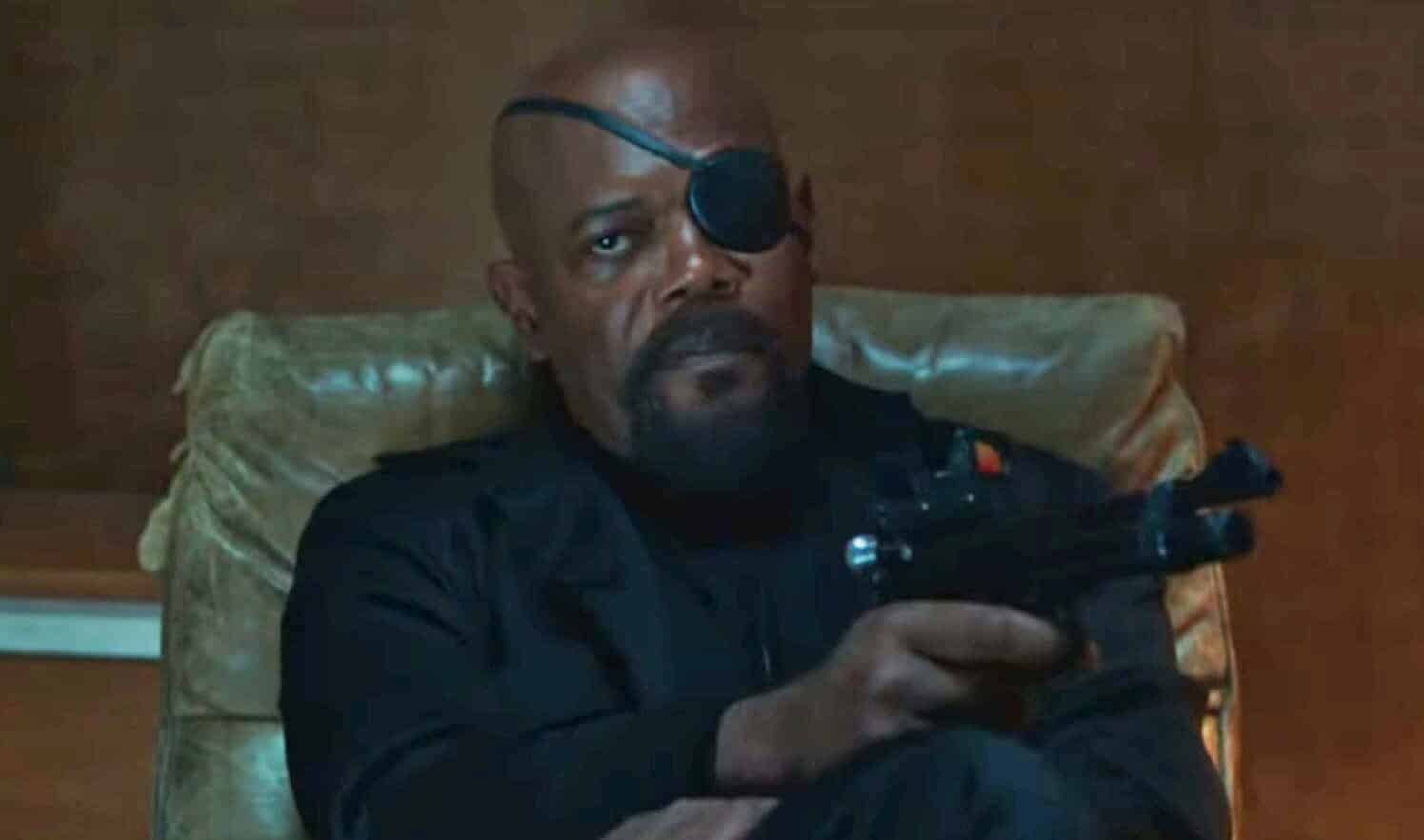 We are rapidly approaching the release of Spider-Man: Far From Home, the epilogue to the Marvel Cinematic Universe’s Phase 3, and the prologue to Phase 4. One of the many aspects that Marvel has been able to pride themselves on when it comes to releasing a film is their marketing. But what happens when you share that burden with another company, as in the partnership with Sony? Well, it can lead to some minor issues. Issues that any keen EYE will catch. And, this particular snafu has a certain actor a little heated.

Samuel L. Jackson, who plays Nick Fury in just about every Marvel movie there is, is returning as the former S.H.I.E.L.D. Director to help save the world once again. But what happens when the signature eye patch ends up on the wrong side? Is he really a Skrull who messed up the look? Is it Chameleon making a slight error in his disguise? Or is it simply a marketing person flipping an image for a poster and not realizing their error before it goes to print? It is most definitely the latter, and Jackson isn’t having it.

He shared an image of two movie posters, side by side, with the faux pas staring us glaringly in our collective one good eye.

Jackson, of course, throws his vintage “favorite word” on the post, letting you know that he won’t stand for this! Seriously, though, it is a pretty easy thing that should not have been missed. Now, these marketing people work crazy long hours and these flips are actually quite common. But, when you character has a significant identifying mark on one side of their face, you’ve got to watch out for these glaring errors.

Regardless of the issue, fans are still super excited to see Fury once again in Spider-Man: Far From Home.

Did you catch the major mistake? Let us know in the comments below!