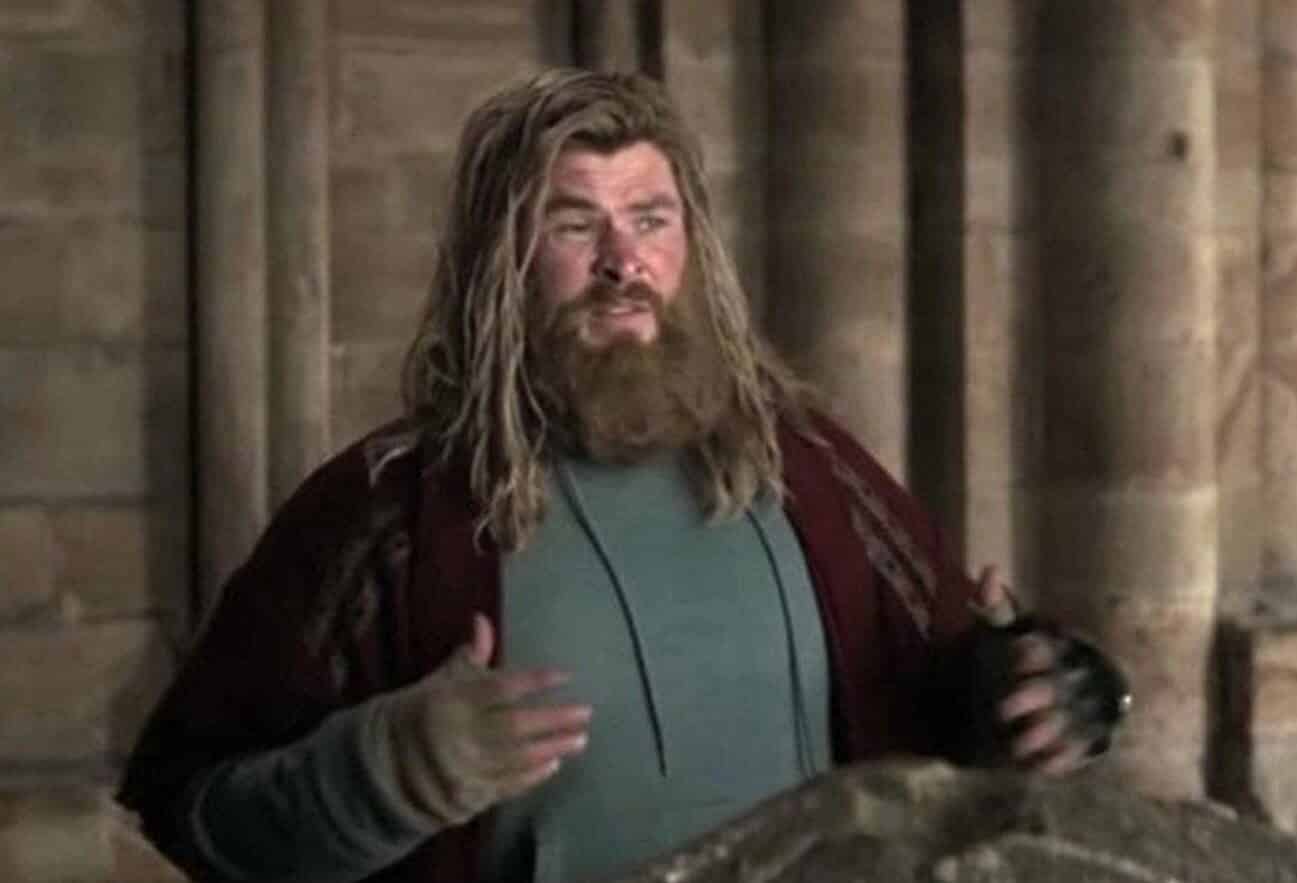 Avengers: Endgame is chocked full of memorable moments that had fans out of their seats with excitement. There were also some surprises that even the most astute ‘insiders’ didn’t seem coming. Marvel’s signature quips were in full force, and of course incredible action in the final battle didn’t disappoint, either. Every character had major growing moments, but no one ‘grew’ more than Thor. After taking down post-snap Thanos, Thor fell into a deep depression and buried himself in alcohol, junk food, and video games. He ignored his duties as king of the few remaining Asgardians. He became what fans dubbed, Fat Thor.

Now, Marvel has given this version an official name, and we’re not sure how we feel about it…

According to one of the special features on the upcoming Endgame Blu-Ray/DVD release (via ComicBook.com), a behind-the-scenes look of how Chris Hemsworth transformed into the new version of Thor gives him a name.

“His appearance has changed but his heroism remains! Go behind the scenes to see how Bro Thor was created.”

Bro Thor?! Really?! While I can understand how Fat Thor might have been offensive to some sensitive people, there is a certain connotation that denoted the depression, stress, and anxiety that led to the God of Thunder letting himself go by diving into alcoholism. Bro Thor sounds like he’s a stereotypical douchey, womanizing frat boy who’s a bully and people want nothing to do with him.

It completely undermines what the character represents. His physical appearance was a visual sign of all that he had been through, and how he wasn’t able to cope with any of it. Calling him ‘Bro’ just makes his appearance purely a joke, and ruins everything about his growth.

It’s a shame that Marvel felt pressure to create a ‘non-offensive’ name due to some many people getting so easily offended nowadays and demanding that their feelings not be hurt. But, as long as people can ignore this new name and focus on what the character represents, a real issue of depression and how even the strongest suffer from time to time, then all is not for naught.

What do you think of ‘Bro Thor’? Let us know in the comments below!