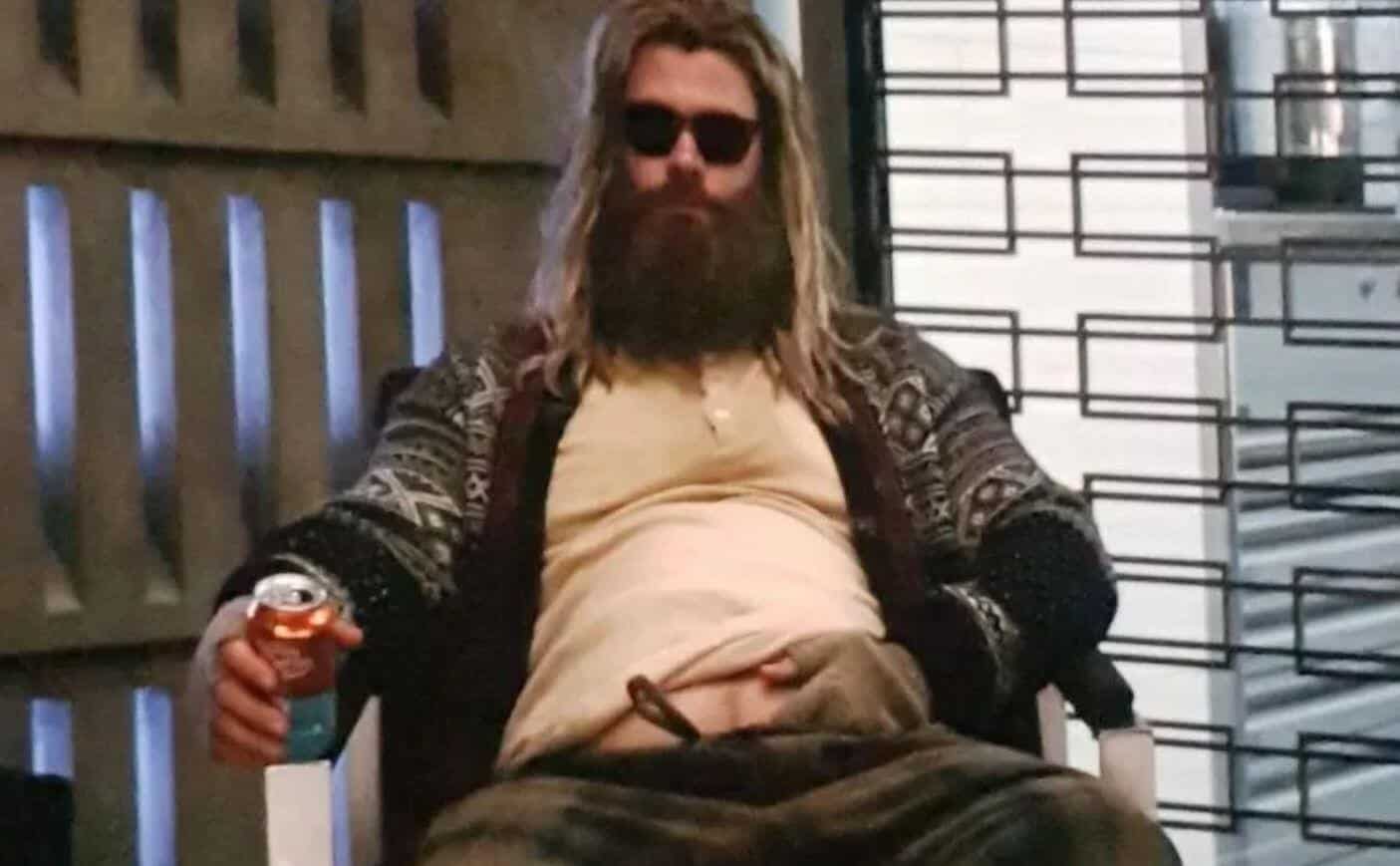 While Avengers: Endgame is chocked full of incredible moments, diverse storytelling, emotional intricacies, and wonderful character development. There were also plenty of funny and clever minutes. One of those moments also had a deeper, more impertinent meaning, as a subtle look into how depression and anxiety affects us all. Thor’s transformation in the film obviously had it’s funny moments, but it showed a real growth and humanity, especially coming from an Asgardian God of Thunder. Now, we’ve got some BTW pics of Chris Hemsworth in full makeup for “Fat Thor”.

There was a lot of controversy at first with this transformation, but people have come around to seeing that it was much more than just a “fat joke”, and rather a visualization of how many cope with failure and depression. It also shows how one can triumph, even after hitting rock bottom. Thor’s journey took a bit longer, not really growing into his own til his third solo film, but now we see a diverse character that we can actually relate with. It is amazing to see that the 1,500 year old “god” from another realm ended up being one of the most “human” character in the vast cast in MCU’s epic climatic Phase 3 film.

While it’s not been confirmed, it would seem that Thor’s journey will continue in Guardians of the Galaxy Vol 3. We’ll have to wait for confirmation, of course, but it will be nice to see what James Gunn can do with the God of Thunder in space.

What did you think of Thor in Endgame? Let us know in the comments below!