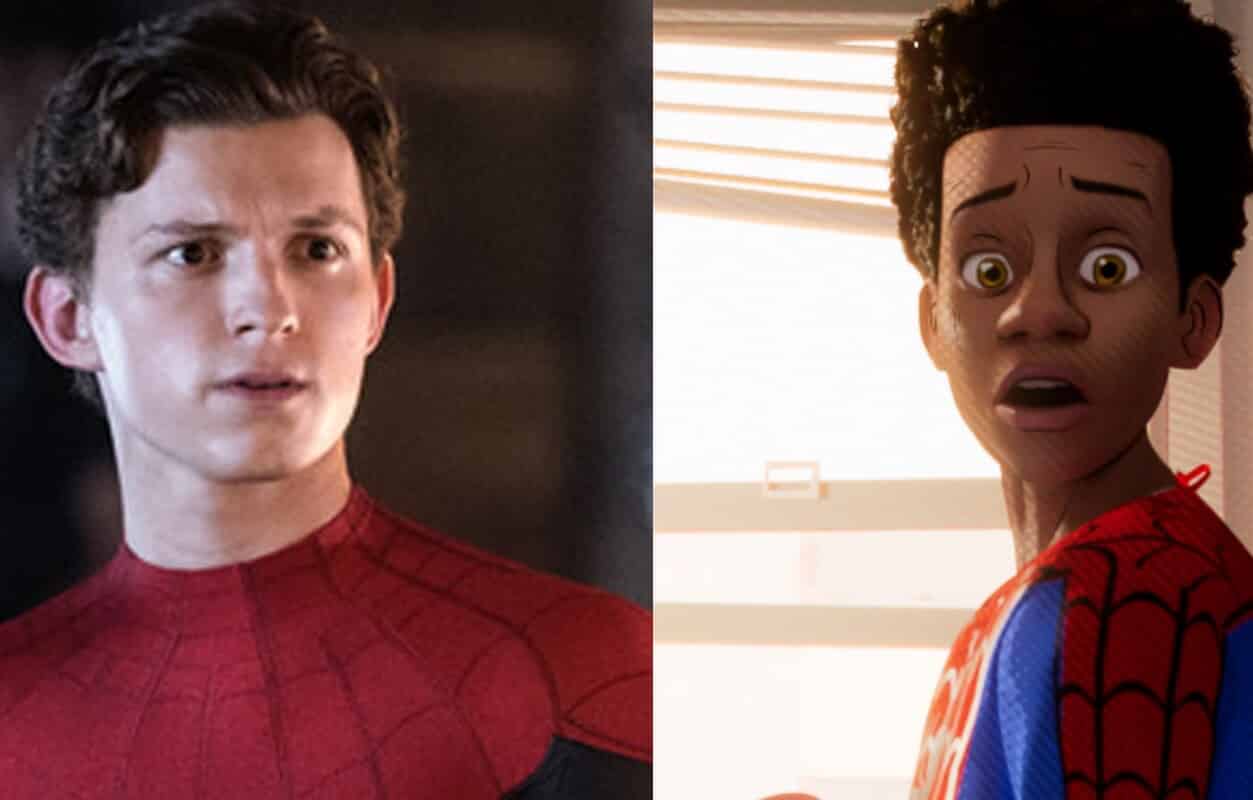 Spider-Man: Into the Spider-Verse was a massive unexpected hit at the box office. The innovative animation, acting, and the story was the perfect equation for the film to earn it’s best animation Oscar. The movie’s idea of introducing multiple universe Spider-Men and Spider-Women was a great chance to add some colorful dynamic into the story. We got the news that there were plans for Sony to introduce Tobey Maguire and Andrew Garfield’s Spider-Man as well as Tom Holland.

Unfortunately, that idea was scrapped and to add more of “what could’ve been” in Spider-Man: Into the Spider-Verse, Holland dropped some news on a second attempt to have him in the movie. While speaking to the UK outlet, Joe, during the press tour for Spider-Man: Far From Home, Holland revealed that the actor was supposed to be featured in last year’s Spiderverse as an easter egg.

Here’s what  Tom Holland  had to say:

He doesn’t go it any further whether that scene would’ve have featured Maguire and or Garfield as well. It might’ve just been a little nod to the actor for playing Spider-Man and many audiences might’ve caught it. Hopefully, the three will show up in the upcoming sequel or spinoffs.

The film directed by Bob Persichetti, Peter Ramsey, and Rodney Rothman gave so many Easter eggs for even die-hard comic book fans to research. I’m betting that we’ll get that same high number the next time around.

What do you think of this? Would you like to see it happen in another movie? Tell us in the comments down below!

Continue Reading
You may also like...
Related Topics:Marvel, MCU, Spider-Man: Into The Spider-Verse, Tom Holland