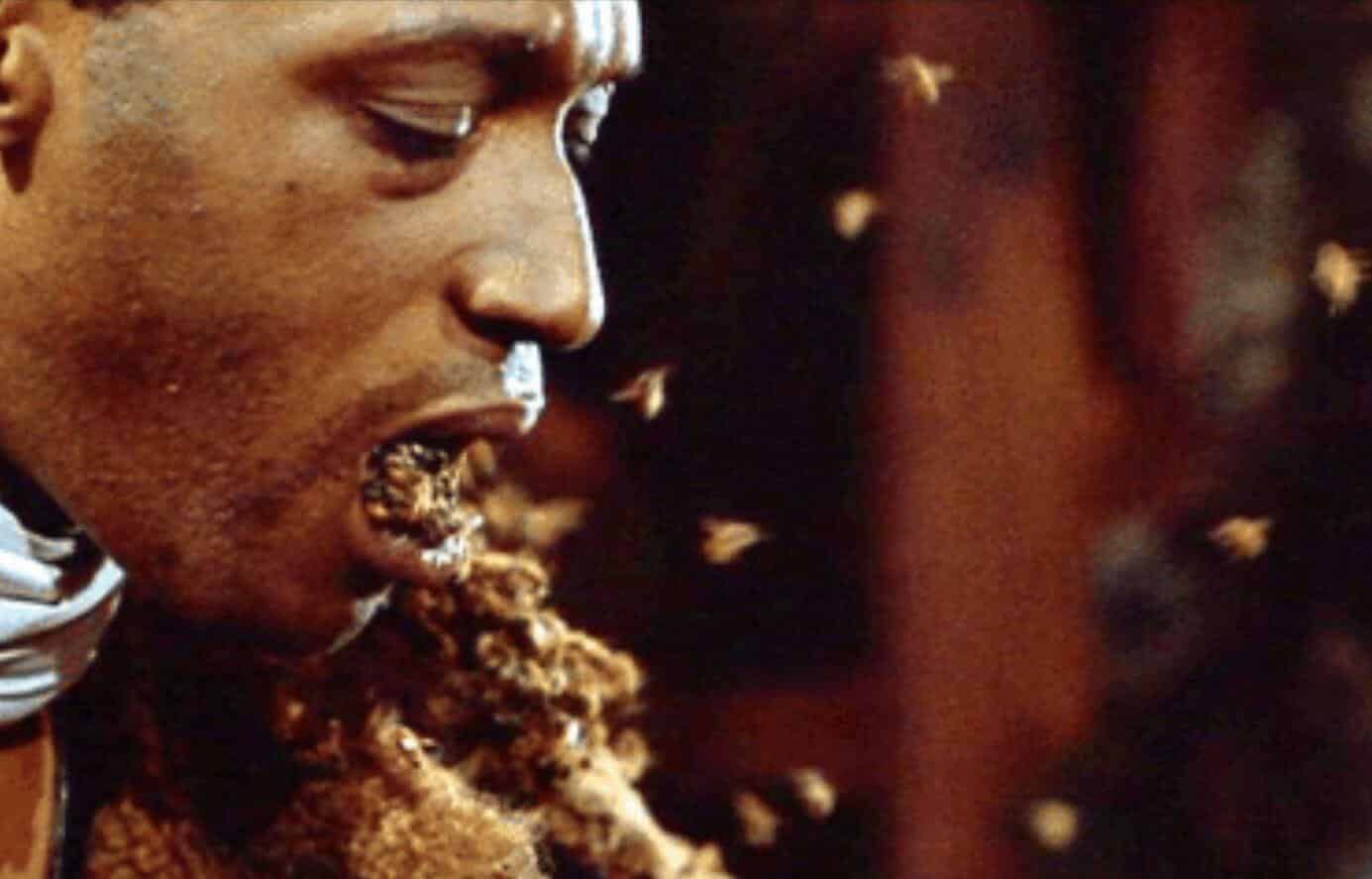 The new Candyman will be here before anyone knows it and fans of the horror icon are stoked. The Jordan Peele produce project will undoubtedly be another winning notch for the writer/director when released in the summer of 2020. The new film will more than likely scare a new generation of horror fans with Nia DaCosta directing Yahya Abdul-Mateen II as the new Candyman. The film is said to take on the issue of toxic fandom and will feature a role for the original Candyman himself, Tony Todd.

As the film news of the movie slowly creeps, a new news story of the original film’s production has followed suit.

Todd has been an established actor for decades and could probably write a book on some of the things he’s experienced while working in Hollywood. During an interview with The Guardian, the actor told a shocking—yet funny—detail while making Candyman.

The vengeful spirit is known to use bees to scare his victims back in the day and CGI technology wasn’t that far ahead to make photo-realistic insects. The best way to get a really good shot of Tony Todd with these bees was to use well, real bees, and with that comes the possibility of being stung by said bees. In order for the actor to be fully on board with this idea, Todd worked out a deal to make it worth his wild.

Here’s Tony Todd had to say on the bee stinging deal:

“I negotiated a bonus of $1,000 for every sting during the bee scene. And I got stung 23 times. Everything that’s worth making has to involve some sort of pain. Once I realized it was an important part of who Candyman was, I embraced it. It was like putting on a beautiful coat.”

Painful – but I would have to agree with Todd. Coming up on $1,000 per sting is as easy as just standing in place. Sure, there would a nice amount of pain but anyone can remedy that with some green.

You can see if the bee stinging legacy continues with more news on the Candyman remake, here at ScreenGeek. For now though, let us know what you think of this story in the comments below!