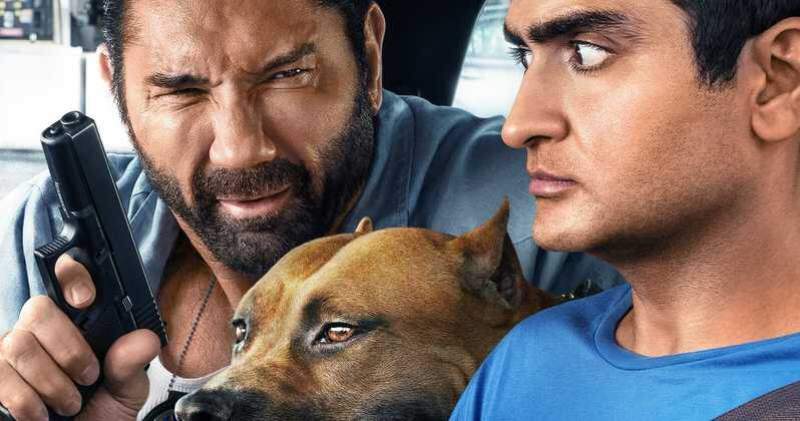 Stuber is a rare breed these days, a summer crowd-pleaser made on a low budget. The film is inspired by the buddy action comedies of yesteryear, pairing two likable stars in Kumail Nanjiani and Dave Bautista as an unlikely tandem to save the day. The final product, while nothing particularly new, offers a refreshing low-stakes action/comedy that makes for an enjoyable ride.

Stuber follows Stu (Nanjiani), an Uber driver who finds himself at a crossroads in his life. In comes Vic Manning (Bautista) police offer fresh off surgery who forces Stu on a mission to get revenge for his former partner.

Making these familiar ingredients work is the film’s central stars. Nanjiani is a master of high-strung comedy here, with his energetic performance selling Stu as a likable everyman faced with unpredictable danger.  Then there’s Bautista, who continues to prove himself as a uniquely talented actor. He’s got that classic blunt tough guy look to him, but his acting chops and deft comedic touch show there’s more under the surface. Their comedic chemistry thrives off their contrasting styles, with loud shouting matches and sharp barbs at one another offering a bevy of laughs.

Credit is due to director Michael Dowse, who steps into the action/comedy genre after a career of indie comedies. He displays a clear understanding of how these films should work, keeping a breakneck pace throughout while keeping a balanced tone. The action, aside from the shaky cam hand-to-hand fights, is impressive considering the budgetary limitations, often featuring a balance of levity and genuine steaks.

Stuber provides an entertaining experience but adds little to its genre’s formula. Tripper Clancy’s script follows generic plot conventions through and through, as audiences can set their watch to when each “twist” will come to play. None of these characters, while well performed, are imbued with enough depth or personality to make them more memorable. As Stuber stands though, it’s a fun and easy-going romp that provides a steady action/comedy blend.

Continue Reading
You may also like...
Related Topics:Dave Bautista, Stuber