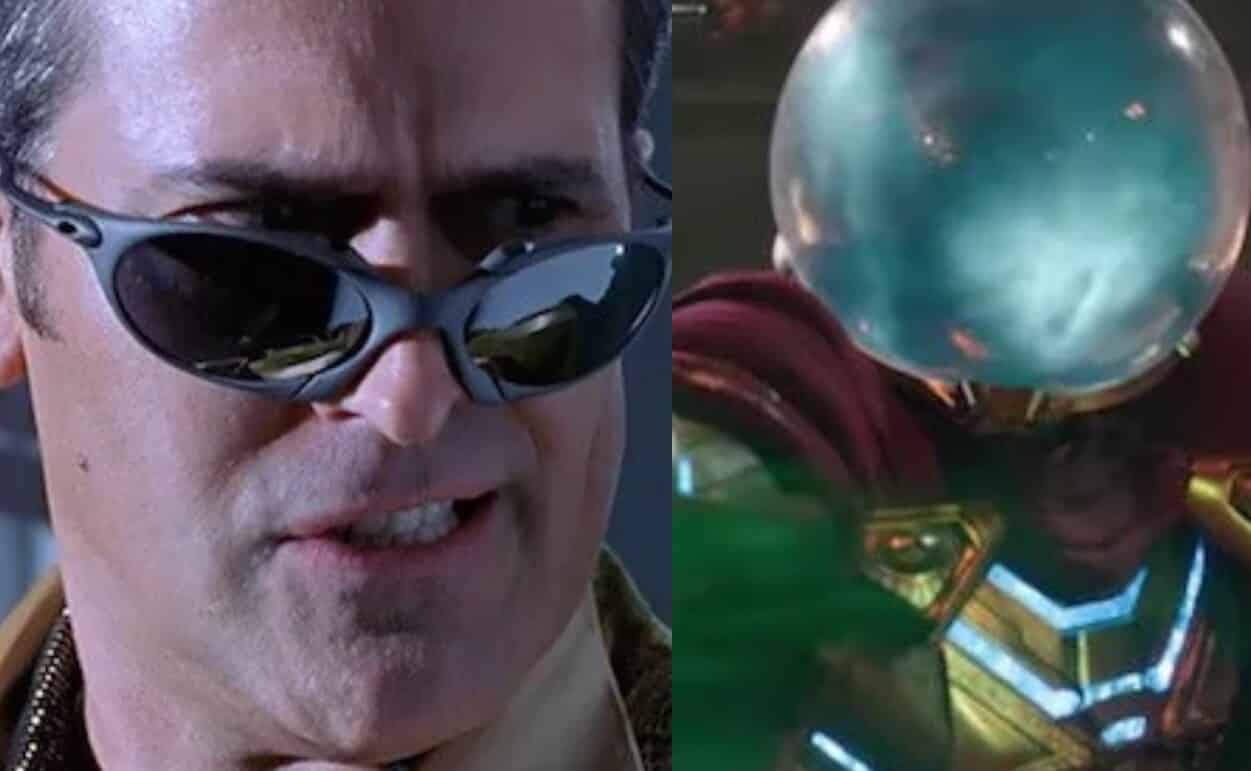 Even though Jon Watt’s Spider-Man: Far From Home still brings in the big bucks at the box-office, the movie might have never happened without Sam Raimi’s Spider-Man. The film released back in 2002 was a huge hit for Sony Pictures and warranted two sequels with varying degrees of success. One factor that was also consistent in these movies was several great horror-like shots from Raimi. Who can forget that memorable surgical scene in Spider-Man 2 featuring Doctor Octopus murdering a room full of doctors with his tentacles?  Another consistent trademark from Raimi in his Spider-Man movies is the legendary actor Bruce Campbell.

The first Spider-Man movie featured Campbell as the wrestling announcer for Peter Parker in his match against Bonesaw McGraw played by famed wrestler “Macho Man” Randy Savage. In the adventures of Spider-Man 2, Campbell would show up again in a different minor role. The character who thwarted Peter Parker from gaining access to Mary Jane’s stage play was a nice touch for fans of the Evil Dead actor. After that sequel, Campbell would appear one more time as the Maître d’ in Spider-Man 3 to be an unintentional wrench in Parker’s life.

Though Spider-Man 3 was critically panned by critics and many moviegoers, there was a planned fourth Spider-Man movie in Raimi’s “To do” list. That’s when the rumors started that Campbell would show up once again, but this time around has one of the Spider-Man’s greatest enemies, Mysterio.

Here’s what Bruce Campbell had to say while speaking to CinemaBlend, about those long-standing rumors:

“Boy is that… that’s a really popular rumor. That one is just, ‘Oh my God, what about Mysterio?’ Thanks for telling me, Internet! I never got a call from Sam going, ‘If only if I had done part four, you would have been Mysterio!’ No.”

Jake Gyllenhaal’s performance as Quentin Beck, aka Mysterio, has been well-received by audience members of Spider-Man: Far From Home but just imagine if we got a Mysterio before that. Campbell would have added his a flare of great comedic timing and groovy attitude to the character that might’ve been worth the movie itself. Alas, that day may never come.