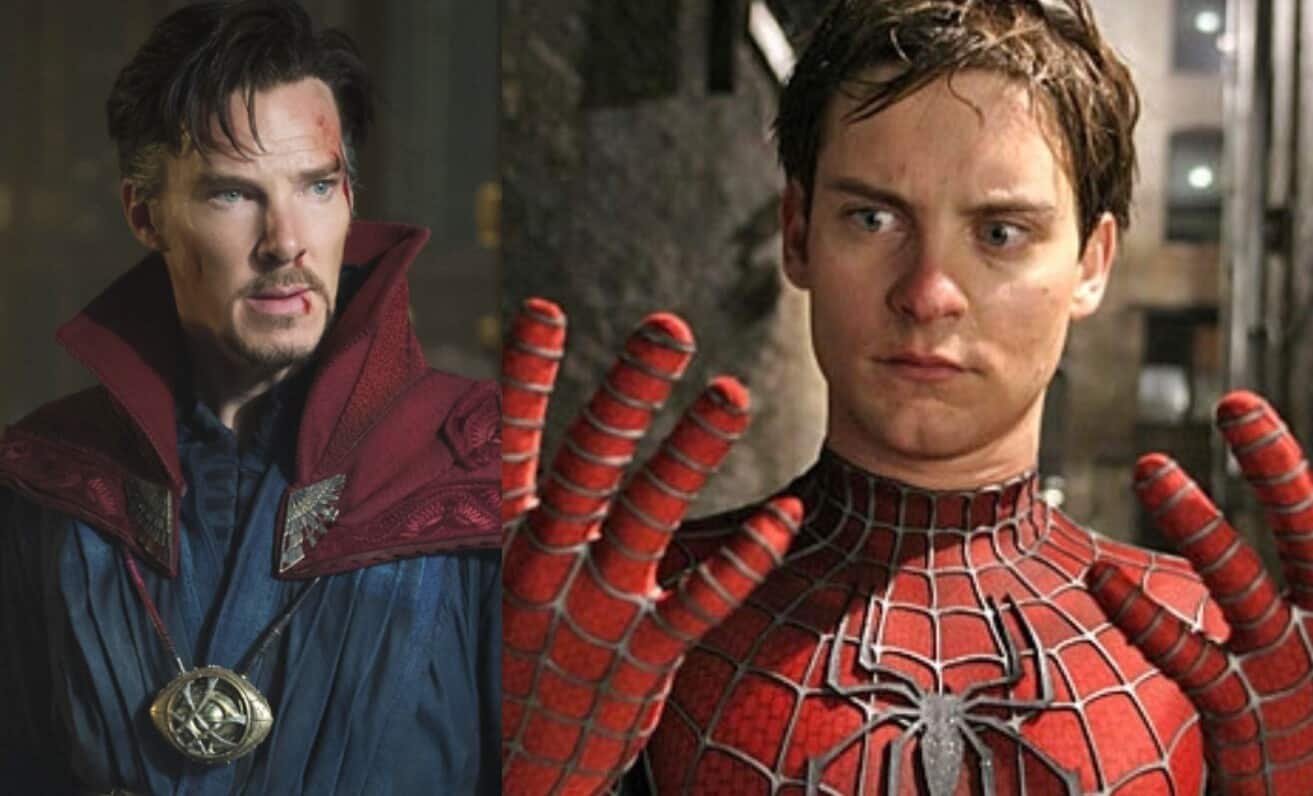 Well, that didn’t take long at all. Just days after Marvel Studios had their epic Hall H Panel at San Diego Comi-Con and introduced their layout for Phase 4, the fan theories for what is to come are already pouring in. While Marvel told us what’s to come over the next two years and gave us some tidbits from each film, their secret game is next level. But, this doesn’t stop fans from trying to fill in the blanks on their own. Case is point; the newest Doctor Strange into the Multiverse of Madness (Doctor Strange 2) theory involving a Tobey Maguire’s Spider-Man.

Over on Reddit, where fan theories go to thrive, a new theory suggests that the Dr. Strange sequel will lead to Tobey Maguire’s Spider-Man universe joining the MCU! What?! As completely apparent from the film’s title, the Sorcerer Supreme will be exploring the vast multiverse that was teased in his first film. So, how does this theory postulate the inclusion of Maguire’s Spidey coming into the MCU? It’s all based on an Easter Egg in a film.

During Spider-Man 2, J. Jonah Jameson is trying to come up with moniker for the new villain, Otto Octavius. One of the names he throws out is ‘Dr. Strange’ before lamenting that it is already taken. The fan believes that this leads to a connection to the MCU. And, as Strange explores the multiverse, he will come across Maguire’s Wall Crawler. Add to the fact that J.K. Simmons reprised his role Jameson in Spider-Man: Far From Home helps with the theory.

But, there’s a big problem with this theory. At the time of Spider-Man 2, Spidey was solely a Sony property, not involved with the MCU. Oh, and one other minor thing… THE MARVEL CINEMATIC UNIVERSE DIDN’T EVEN EXIST IN 2004! In fact, the planning for the MCU didn’t even start until 2005. Now, while the multiverse does open endless doors to bringing in whomever they would like, this ‘Easter Egg’ is not the connection. At least not intentionally. It was more of just a nod to fans, really.

We have no clue as to what is to come yet in these Phase 4 films, but that certainly won’t stop countless fan theories from permeating the internet. And, while many of these will be weird and downright insane, keep them coming, guys. The creativity is something this world.

What do you think of this Doctor Strange 2 theory? Do you have any of your own? Let us know in the comments below!