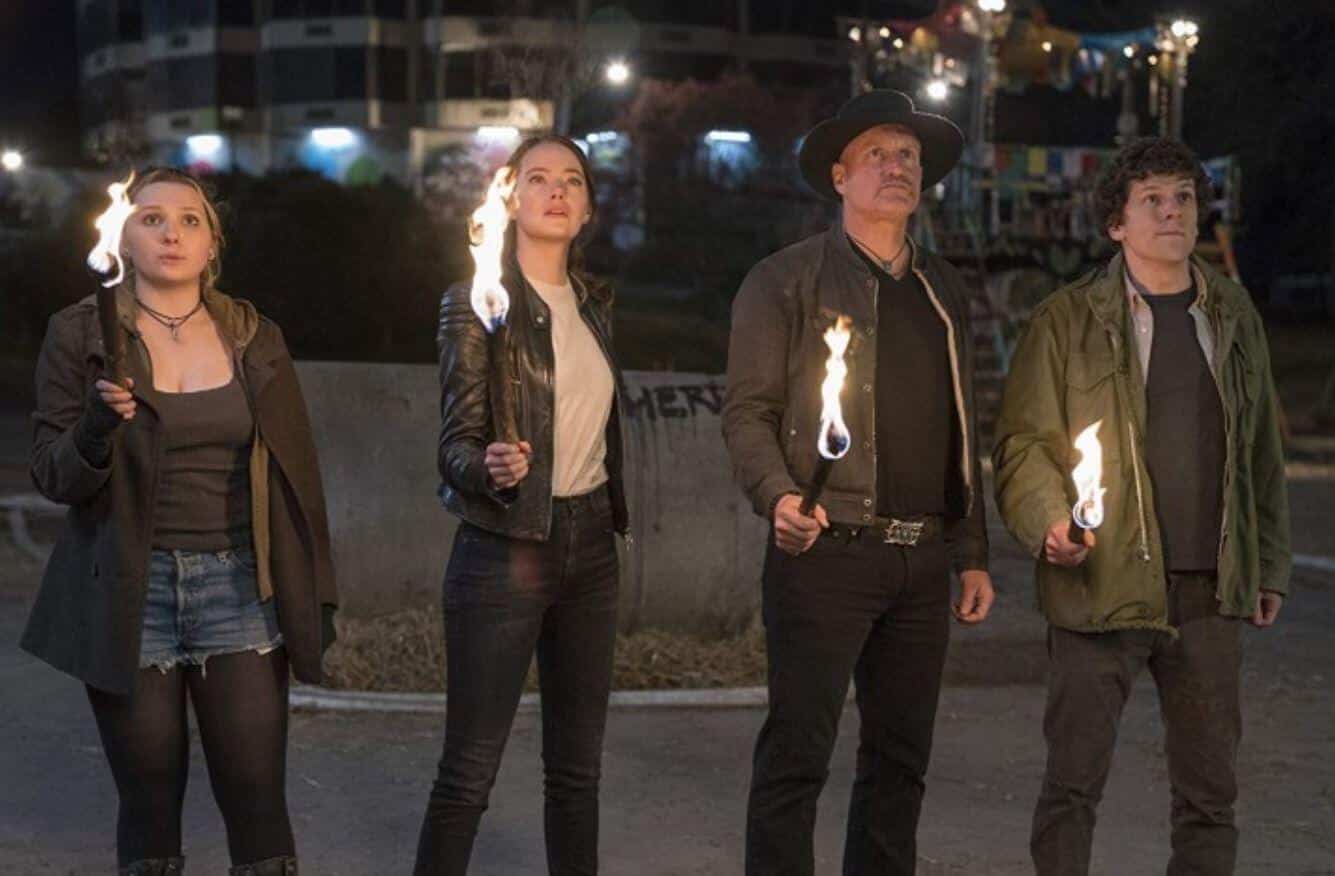 While it has been quite the wait, the highly anticipated sequel is finally coming! While most zombie movies consist of horror, tension, and drama, Zombieland brought a fun a quirky take to the genre. Now, the sequel is happening after a decade and the first trailer for Zombieland 2: Double Tap has hit the internet!

The original cast of Woody Harrelson, Jesse Eisenberg, Abigail Breslin and Emma Stone, return to continue their lives in the zombie apocalypse. But, apparently there are more survivors than they thought. The trailer doesn’t give much away when it comes to the plot, but it does introduce some new character and some rather interesting dynamics. The official description is as follows:

“Through comic mayhem that stretches from the White House and through the heartland, these four slayers must face off against the many new kinds of zombies that have evolved since the first movie, as well as some new human survivors. But most of all, they have to face the growing pains of their own snarky, makeshift family.”

Zombieland: Double Tap (a most fitting name for the sequel) doesn’t hesitate to brag about the all star power they have as a cast. With Academy Award Winner Emma Stone, and the rest of the cast all being nominated at some point, there is legit acting power in a film that is more tongue in cheek than anything else. The one thing missing from the trailer is Bill Murray, who was accidentally killed in the first film, but has been confirmed to return for the sequel. We may see him in the next trailer, or they may just save the comedy legend for the theatrical release.

It’s hard not to be excited for this movie. Even if you feel the zombie genre has become oversaturated, the fresh and lighthearted approach of this film makes for a great time. Zombieland 2: Double Tap hits theaters October 18th.

What did you think of the trailer? Let us know in the comments below!

Continue Reading
You may also like...
Related Topics:Horror, Zombieland 2