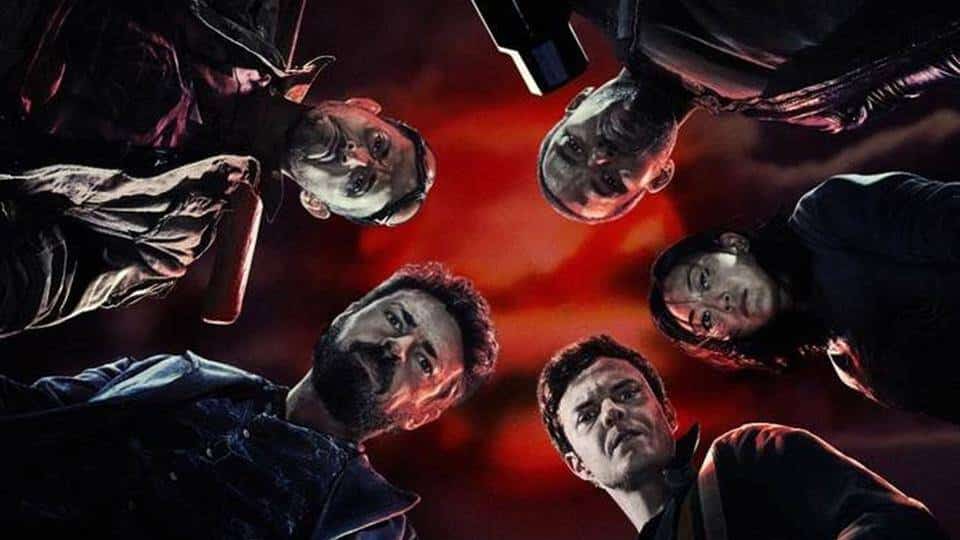 Comic book adaptations have been all the rage for at least a decade. It seems like the genre—you read that correctly—shows no sign of slowing down, and why would it? Every week there’s a news story about some beloved Marvel, DC, Vertigo, or Image character jumping from the funny pages onto the big screen. The impending streaming wars has shown signs of services like Netflix, Hulu, and Disney+ relying on comic book properties to bring in new subscribers and new binge-watching obsessions to their multi-million-dollar companies. It would only seem fitting that Amazon Studios put their name in the cowl to stand out. That’s where Dynamite Comics’ The Boys comes in and, unfortunately, Amazon might want to rethink their choices in comic book adaptations.

For those that are giving The Boys the “who” treatment that Marvel’s Guardians of the Galaxy received, The Boys is a comic book written by Garth Ennis and co-created, designed and illustrated by Darick Robertson. The story follows a group of regular people put together to keep overly and somewhat super-powered heroes in line in case they wish to step out of line. The comic is known for being super violent, super crass, and using comic book archetypes to make fun out of Batman, Superman, Wonder Woman, Aquaman, and The Flash. 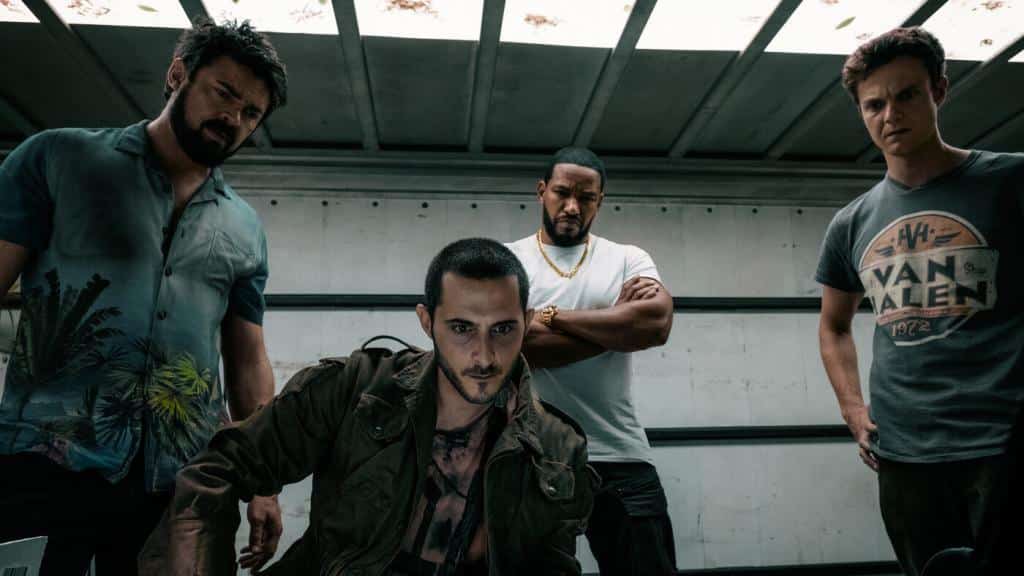 The show follows this premise but tends to steer clear of some of the hard-hitting parts that the comic book addresses, but that’s not a negative. While the comic is saying “superheroes are full of shit” the show takes it further. The underlying messages in this show fall into the realm of female empowerment, the hypocrisy of organized religion, grieving, the price of vengeance, and corporations doing what they want no matter the price. That’s where the show shines; everything else kind falls flat or stumbles over itself like a speedster realizing his shoes are tied together too late.

The acting is alright in some cases but I found myself caring less and less for most of the cast. Jack Quaid (Hughie Campbell) starts off strong, but later in the season, slips into being a secondary character that I almost forgot was in the show. He’s able to keep up the “what the fuck is happening” charade when Karl Urban (Billy Butcher) brings him into this world of violence, yet that tires over time. It was almost like he stayed in one mode after episode two but only decided to become really involved in the story halfway into episode 7 and thereafter. A few of the actors that stick out in my mind or showed real potential were Erin Moriarty (Starlight) and Tomer Capon (Frenchie). 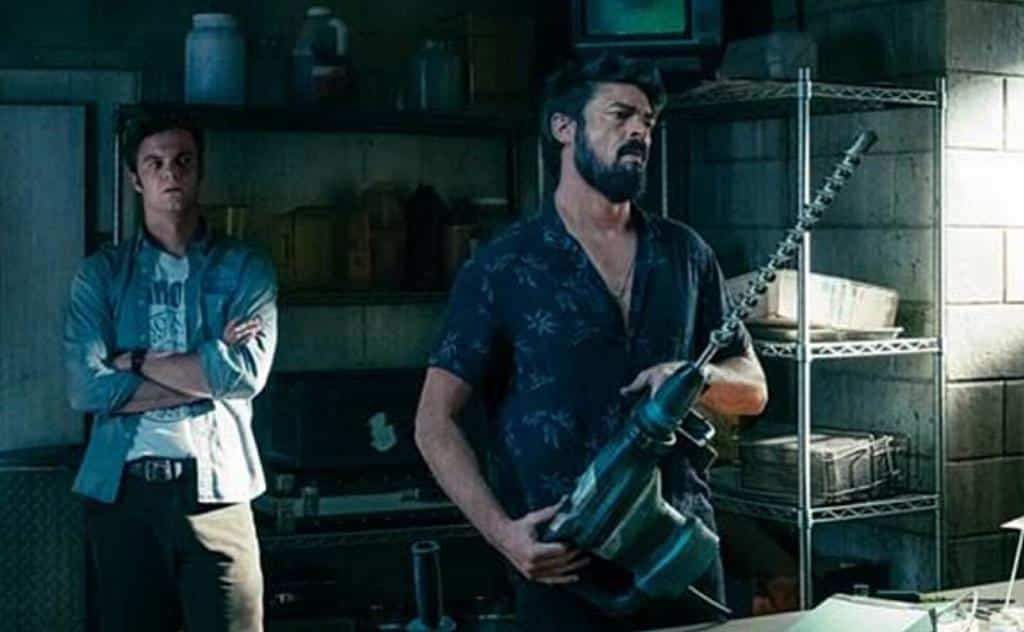 Moriarty’s character development stayed at a steady forward pace that altered smoothly throughout the season and made me want more. Her character in the comic comes off as just a love interest but in the show, she is given room to stretch and deliver that message of being someone of importance for the world in this story. Capon’s role as the drug user but a man of many traits was fun to watch as his character brings in the right kind of emotions and comedy at the right time. I absolutely loved his dynamic with Karen Fukuhara (The Female). The relationship between Frenchie and The Female in the comic book is one the best part of that series and transferred well into the show.

The direction can be too safe at times. There were multiple chances to really push some of the plots into seriously high gear but the show doesn’t take advantage of what it could do. The main crutch of the show is a silly violent world where psycho superheroes live and often at times can’t embrace that idea. It tries too hard to be Justice League—the comic—and Watchmen all at the same time and needs to embrace one side more than the other. There were times when the ridiculous nature of the story—like a baby shooting laser beams out its eyes—that could’ve been displayed more throughout the series but pulls back when the going gets good.

The eight episodes of The Boys tried to keep me guessing but instead just made me less interested. The plot twist near the end of this season can be seen from a mile away and came off cheap by the time the last episode’s credits started to roll. I honestly hope that for the second season, the show learns from its mistakes and gets a better footing of how they want to push the limits of this world. Otherwise, the show that can be different from the typical comic book program will just be seen as a loss of wasted potential. 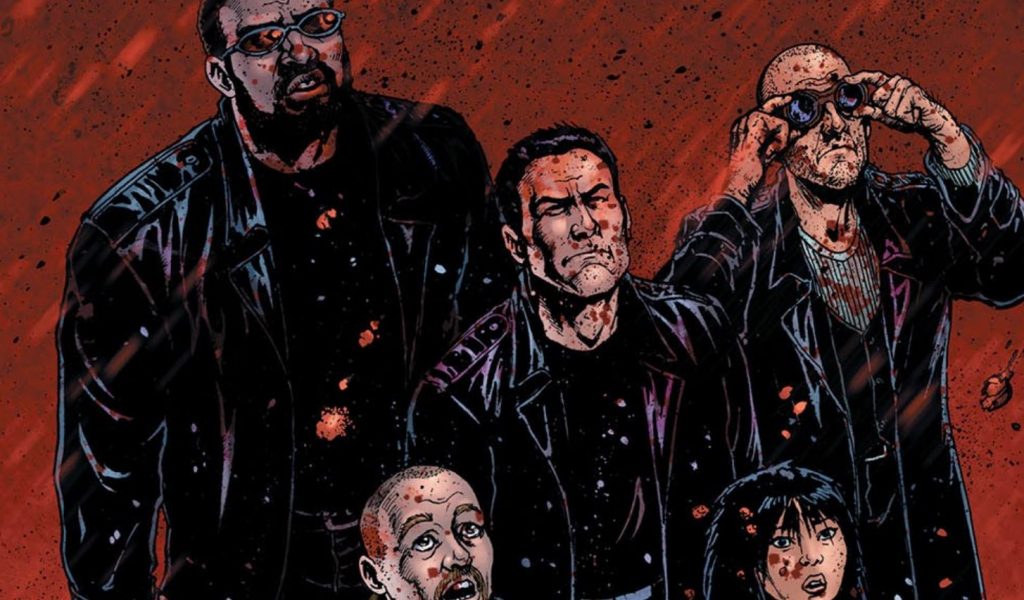