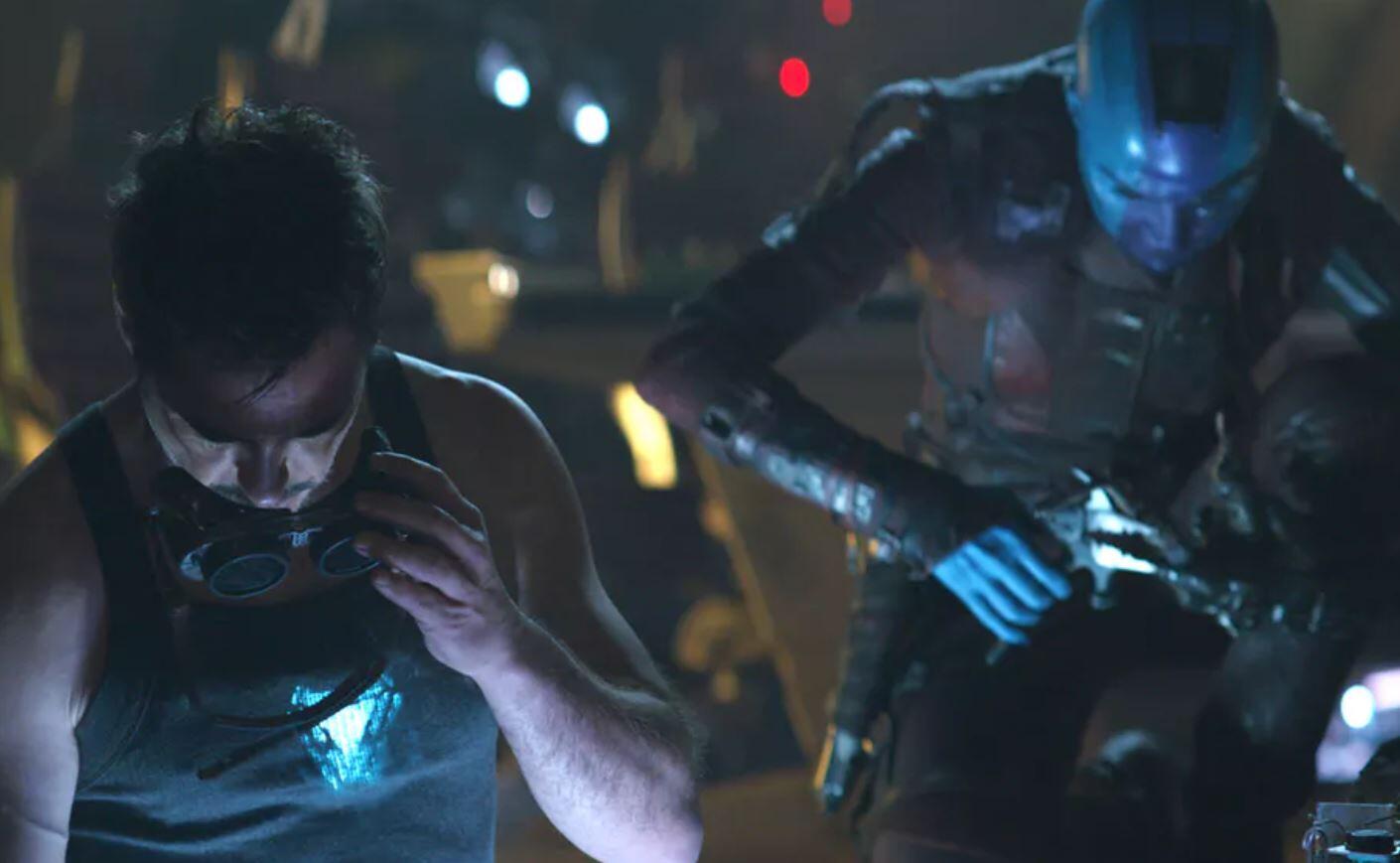 It seems that Avengers: Endgame is the gift that keeps on giving. If by gift, you mean emotional heartache. The highest grossing film of all time is a 3 hour long epic full of memorable and exciting moments. It is also full of highly emotional moments, and you would be hard pressed to catch them all upon first viewing, or even multiple viewings. Case in point, a new blink-and-you’ll-miss-it moment has been found to tug at your heartstrings.

Nebula retrieved the piece Tony did for her. from marvelstudios

An eagle eyed fan over on Reddit noticed a very minor detail that speaks in volumes. During the Stark funeral scene, Nebula is one of the many faces seen in the crowd of mourners. But, if you look closely, she once again has her upgraded orange skull panel that the Nebula of 2014 had taken from her and used as part of her disguise. The fan speculates that that piece meant something to Nebula, so she went back through all of the debris from the end battle to retrieve said piece.

The fan further speculates that it was Tony who helped her with the upgrades, and that is why the piece had meaning to her. The orange hue of the piece does lend some credence to this, as it could have been part of Tony’s nano-tech armor that he gave to her.

The most likely explanation is that this is a continuity error, as the funeral scene was one of the first scenes they shot for the film. So, it could simply be that it was a costume error due to the final battle not yet being shot. But, it is a nice thought, and leans more towards Nebula’s growth as a character. And, it could have very well been on purpose, as a nod to how much Tony really meant to her after their time spent on the stranded ship in space. It not only shows Nebula growing as a being, but just what kind of impact Tony Stark has made on everyone in the Marvel Cinematic Universe.

What do you think of this emotional Easter Egg in Avengers: Endgame? Let us know in the comments below!

OFFICIAL: Andy Serkis Set To Direct ‘Venom 2’
Gemma Chan Reportedly Up For A Role In ‘The Eternals’
Advertisement
Advertisement
To Top