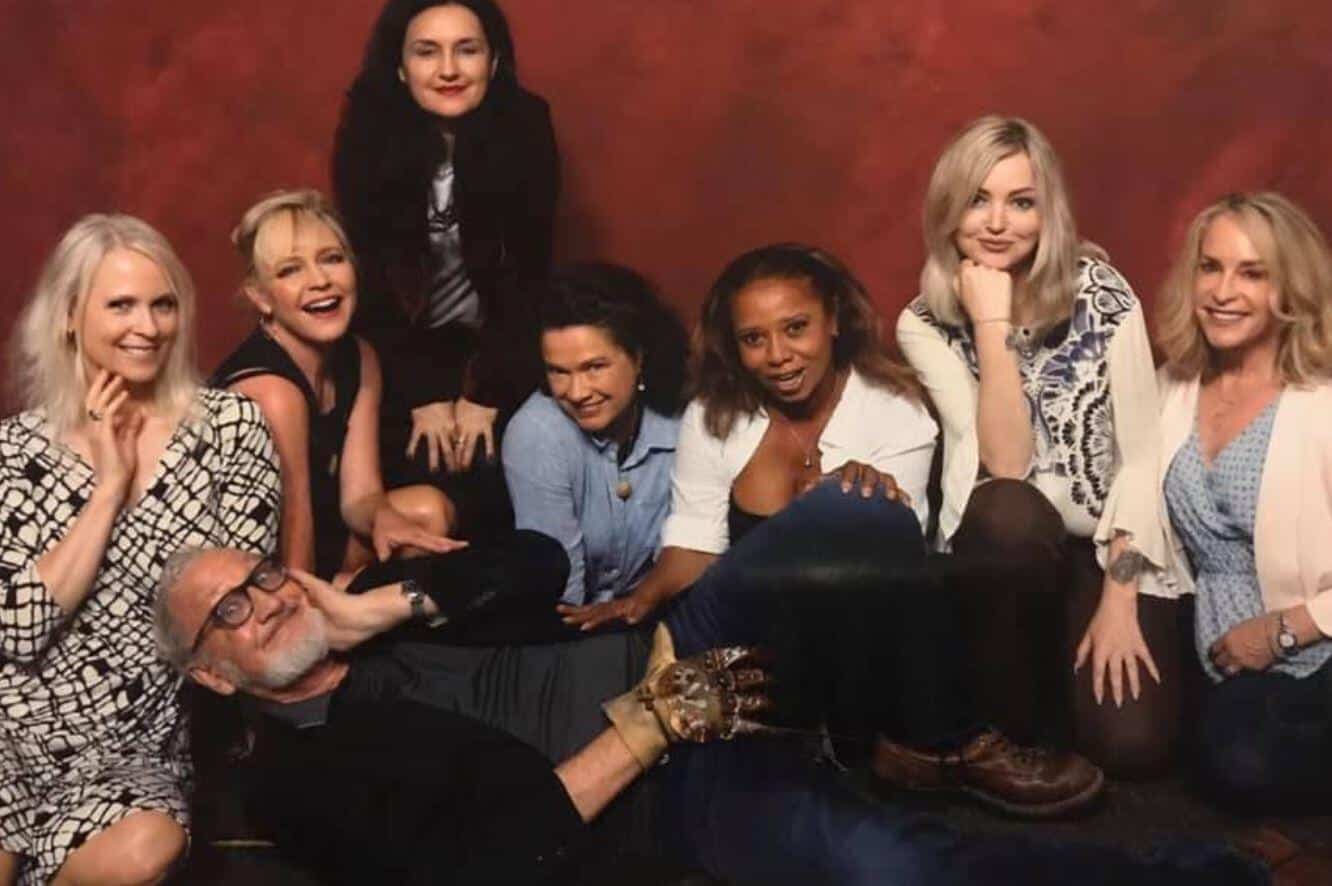 It is impossible to think about horror without the classic 1984 movie, A Nightmare On Elm Street. The horror genre-defying movie featured an evil dream weaver—by the name of Freddy Krueger – with the power to hack, slash, maim, and do all kind of horrible things to his victims. The fatality level harm in his victims’ dream took effect in the real world and so began a legacy that has had a strong fanbase from the start. Robert Englund—the man behind the Krueger mask—has shared the screen with many ladies that have starred or been featured in these films and it looks like they joined Englund for a once in a lifetime photo.

Earlier this month in Chicago, a Nightmare On Elm Street reunion occurred at the event called Flashback Weekend. The event brought back some of the female cast and leads in the Elm Street movies.

Alongside them was, of course, Robert Englund.

Check out the pic below.

If anyone is getting a sense of déjà vu, the group in the pic are posing in the widely well know style of The Breakfast Club. It must be a great sight to see so many folks from the Elm Street movies to come together for this event.

We all have to thank actress Amanda Wyss for posting this magical moment on her Facebook.

For all things, horror and everything else around the film world, make sure to check back here at ScreenGeek.