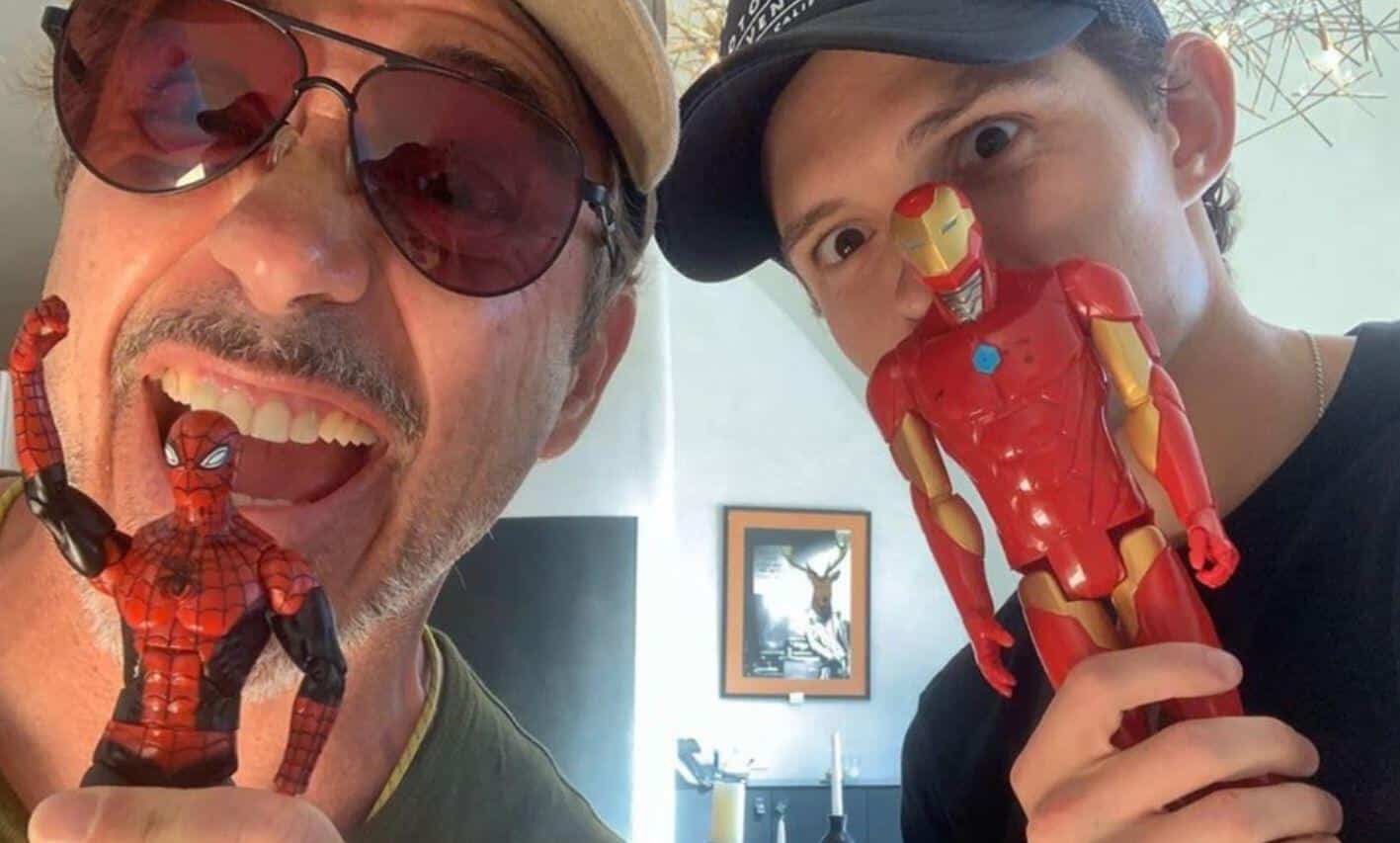 Tom Holland hasn’t really said anything about the Spider-Man split between Disney (Marvel Studios) and Sony. That doesn’t mean he hasn’t done anything, though, as it’s said he unfollowed Sony Pictures on Instagram – something his Spider-Man co-star Zendaya did as well. Now, however, it looks like he reunited with an old friend on Instagram yesterday – none other than Robert Downey Jr. – AKA Mr. Stark.

We did it Mr Stark!

We did it Mr Stark!

As you’d probably expect, fans seem to be loving it:

Tom Holland and RDJ really balanced a phone on a shoe to have a little photoshoot… Legends ONLY. pic.twitter.com/of5q8SZJTO

Tony Stark died in Endgame and Tom Holland is uncertain whether his future lies in the MCU. The fans are in meltdown

tom holland chilling with rdj in the midst of his corporate parents’ divorce is a power move 👏 pic.twitter.com/KUlBuWeofm

It’s nice to see, but still doesn’t tell us exactly what is going on with the Spider-Man situation. We’d have to assume it’s still the same, with Sony deciding that they don’t really need Marvel Studios or Kevin Feige to make a good Spider-Man movie. While they may believe that, it’s not really been proven as of late, as the last Spider-Man movies they made were the reason the franchise had to be rebooted in the first place.

Here’s hoping it all gets figured out, as fans really want Spider-Man to stay in the MCU.

Robert Englund Says He Has One More Freddy Krueger Film Left; Wants Kevin Bacon To Replace Him
Disney Was Reportedly Seeking 30% In Sony Spider-Man Deal – Not 50%
Advertisement
Advertisement
To Top