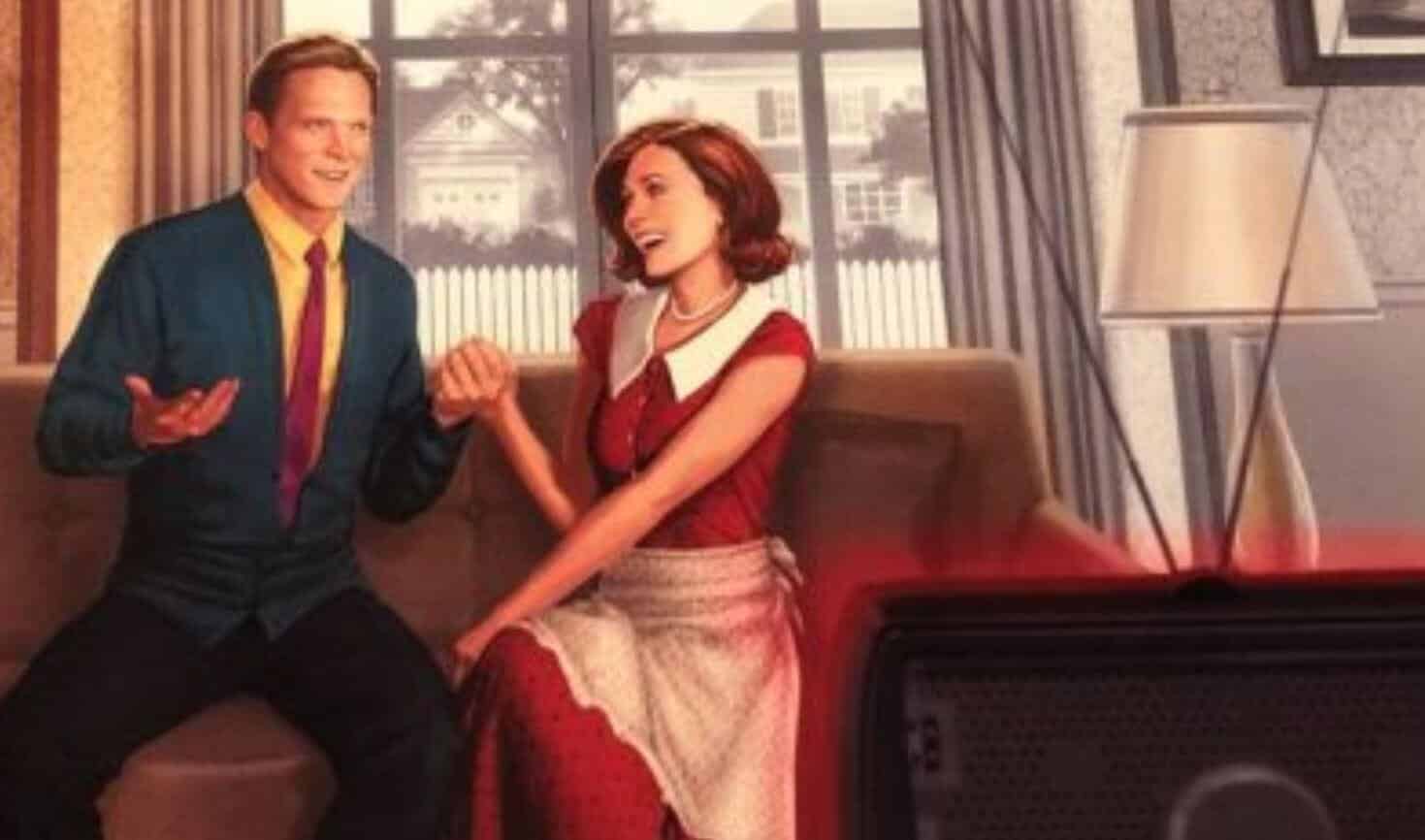 Disney has presented many interesting new details on their upcoming Disney+ content, including their new Marvel original series. One big reveal happened to be a poster for WandaVision, a series which will focus on the titular Scarlet Witch and Vision as they go about their days in a 60’s sitcom-esque style setting. Although we don’t know much else beyond that information regarding the series’ plot, the new poster revealed at the D23 Expo has hinted at a new change for Scarlet Witch.

If you pay attention to the background on the left side of the image, you’ll notice that the shadows on the wall seem to be teasing a comic book accurate costume for Scarlet Witch. If so, this should definitely prove to be a hit series for fans of the two characters.

According to the original announcement from Marvel regarding the WandaVision series, it’s “unlike anything we’ve done before,” and Scarlet Witch actress Elizabeth Olsen added, “It’s gonna get weird.”

Their comments make sense considering that WandaVision is set to tie into the upcoming Doctor Strange sequel, Doctor Strange in the Multiverse of Madness. And given the unique setting, it’s bound to have some bizarre instances going on for our titular characters for sure.

It definitely sounds like a fun contribution to the Marvel Cinematic Universe, especially for fans of both the characters of Scarlet Witch and Vision. After all, the two have up to this point only acted as supporting characters. It’ll be a completely new experience getting to see them in their own series and more appropriately connected with the comics.

How do you feel about Scarlet Witch having her comic accurate costume in the WandaVision series? Are you excited for how the Disney+ catalogue is shaping up for Marvel fans? Let us know in the comments section down below!