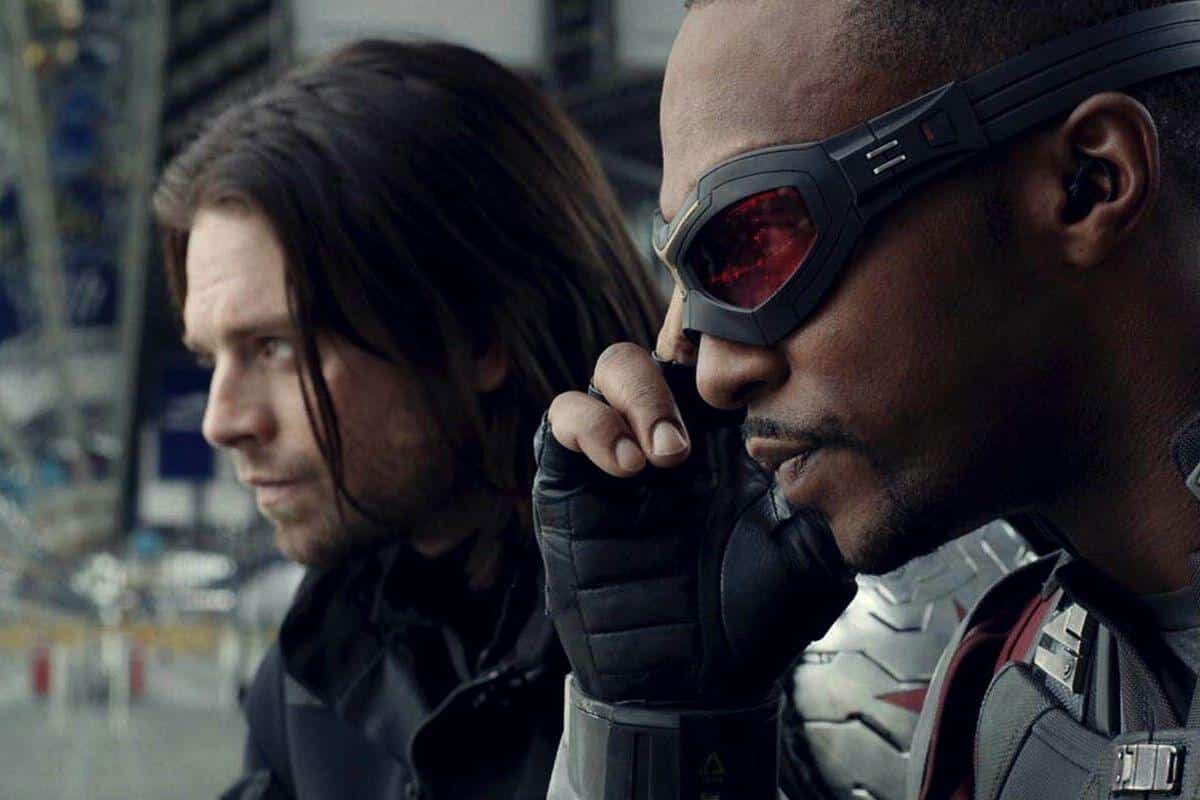 Hello folks and we hope you have been able to catch your breath from all the exciting news that came out of this year’s D23 Expo. The ultimate Disney fan event was held at the Anaheim Convention Center in Anaheim, California and ScreenGeek were there to witness this huge experience. The big event covered everything under the Walt Disney umbrella and that includes Marvel, Star Wars, and Pixar. It was a jam-packed show so, let’s get started with the recap of Marvel at this year’s D23 Expo.

The streaming service will be your home for all things Marvel when Disney+ kicks off in November. Many folks were able to sign up for the service early at a discounted price. What subscribers can expect to welcome them with their Disney+ account is access to the biggest movie of all time, Avengers: Endgame. The film is set to be released on December 11th of this year. 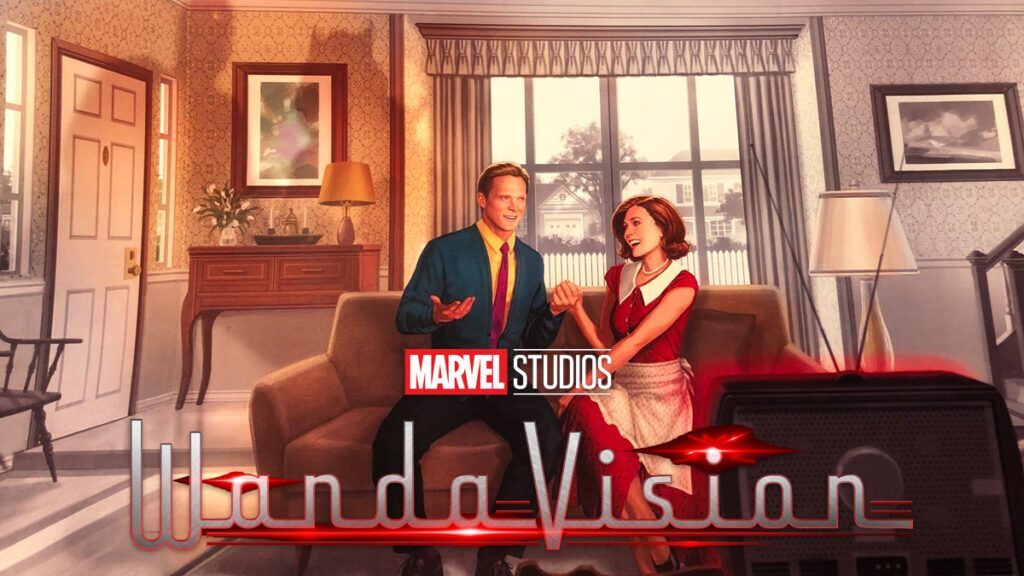 On Friday, CEO of Marvel Studios, Kevin Feige, was there to present fans an update on the much anticipated Marvel show, Wandavision.  Not much has been said up to this point but that change when director Matt Shakman and head writer Jac Schaeffer gave fans update on what to expect from the show. The two mention that they were inspired by the style of classic sitcoms and showed a sizzle reel to convey the trippy tone of the show. 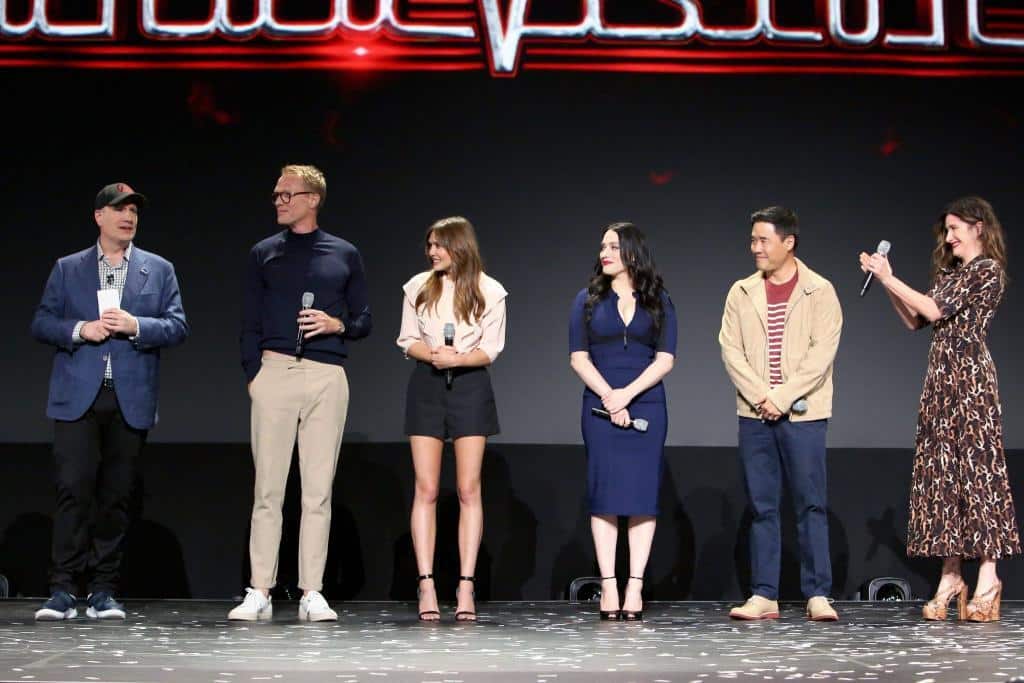 After that, stars Paul Bettany and Elizabeth Olsen commented on the series by saying it would be “whacky, funny, and a lot of fun.” Not to end panel without a surprise or two, Feige brought out stars Kat Dennings and Randall Park who will reprise their roles from Thor and Ant-Man and The Wasp. Also set to pop in the series is Teyonah Parris who is expected to play an adult Monica Rambeau.

The head honcho even brought in Kathryn Hahn who has been cast as a new character in the series. WandaVision premieres on Disney+ in 2021. 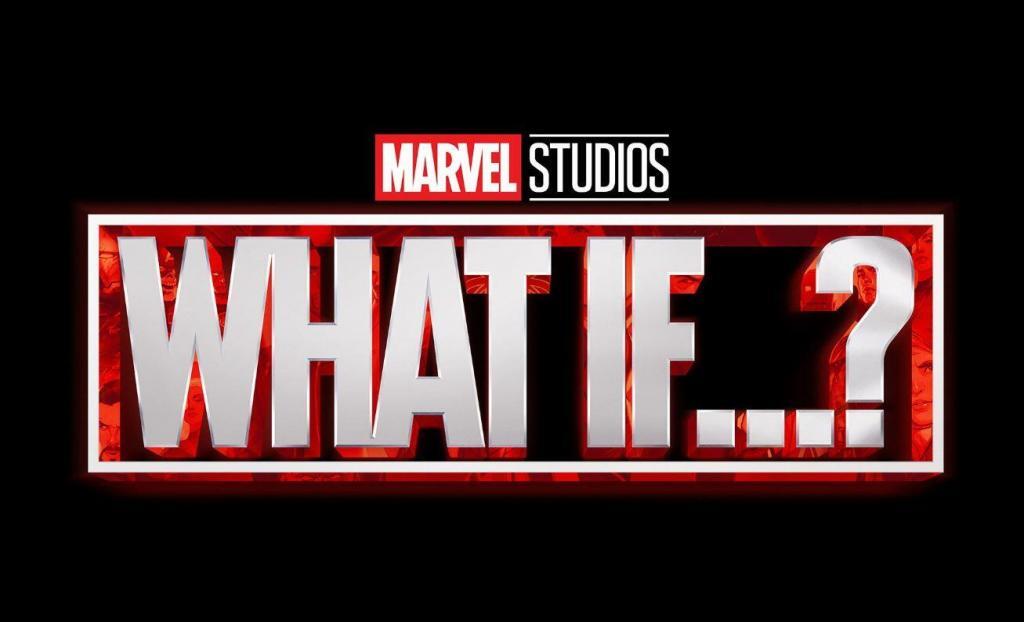 The roof was nearly blown off Hall D23 when we got our first glimpse of the highly anticipated Marvel animated series, What If? The show will be based on Marvel Comic’s very popular series of the same name and explores the different change of historic events in the Marvel universe.

Jeffery Wright will be voicing the Watcher and will narrate the stories. Feige has confirmed that most of the cast of the MCU will reprise their roles in a voice talent capacity.

Some stories are set to feature Black Panther and Star-Lord though it’s not known how much their characters will divert from the current MCU.

Audience members were privileged to catch a quit glimpse of a Marvel fan-favorite storyline. The series might cover a storyline from the comic Marvel Zombies. The footage was quick by featured Bucky Barnes, aka the Winter Soldier, confronting a zombified Captain America. 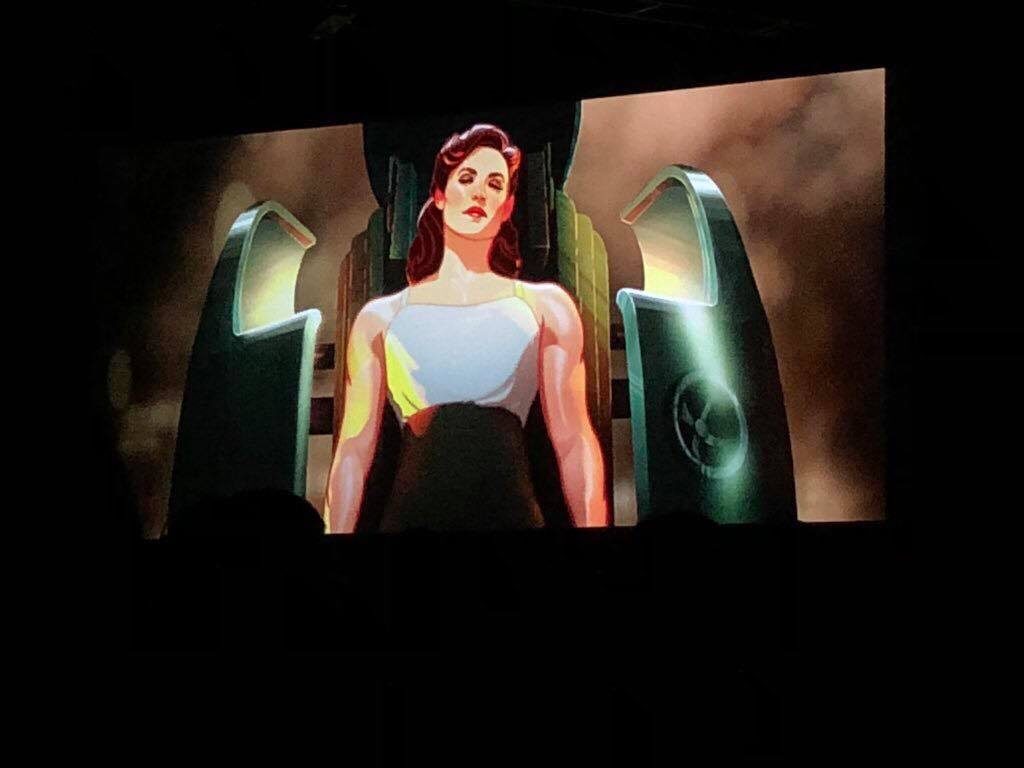 The story that had the fans on their feet is an alternate timeline where Peggy Carter receives the super solider serum—instead of Steve Rogers—and becomes the hero known as Captain Carter. Never to sit out a fight, Rogers will aid Carter in an Iron Man-like suit most likely created by a young Howard Stark. Hayley Atwell was on hand to greet the audience at the showcase. What If? is expected to premiere on Disney+ in 2021.

The Falcon and The Winter Solider 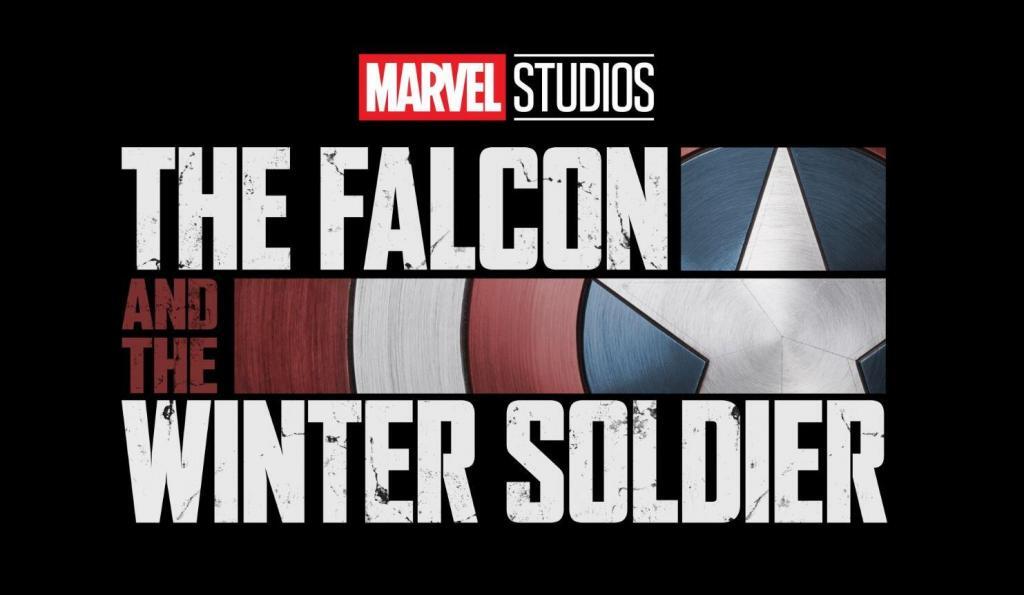 Director Kari Skogland came on stage to introduce Anthony Mackie and Sebastian Stan, the stars of Marvel Studios’s The Falcon and The Winter Soldier. The show will find Falcon and the Winter Soldier teaming up after Avengers: Endgame and will also see Emily VanCamp reprise her role as Sharon Carter. Feige also introduced new cast Wyatt Russell who is set to play John Walker, aka US Agent, on the show.

We also got our first glimpse of the poster featuring our heroes. 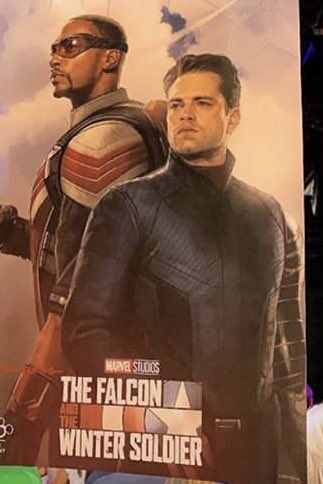 The Falcon and The Winter Soldier will launch on Disney+ in 2020.

Marvel Studios and Kevin Feige love to leave the fans wanting more and they did so but dropping news of three brand new Disney+ streaming shows featuring Ms. Marvel, Moon Knight, and She-Hulk.

The fans went nuts and it was a great ender for the first day for Marvel at D23 Expo. 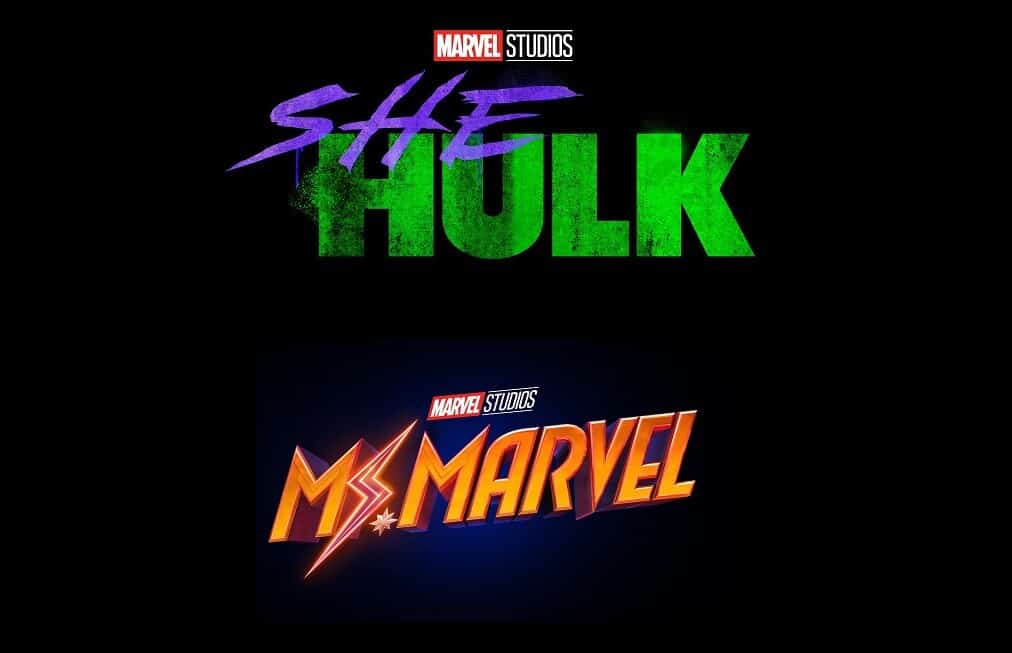 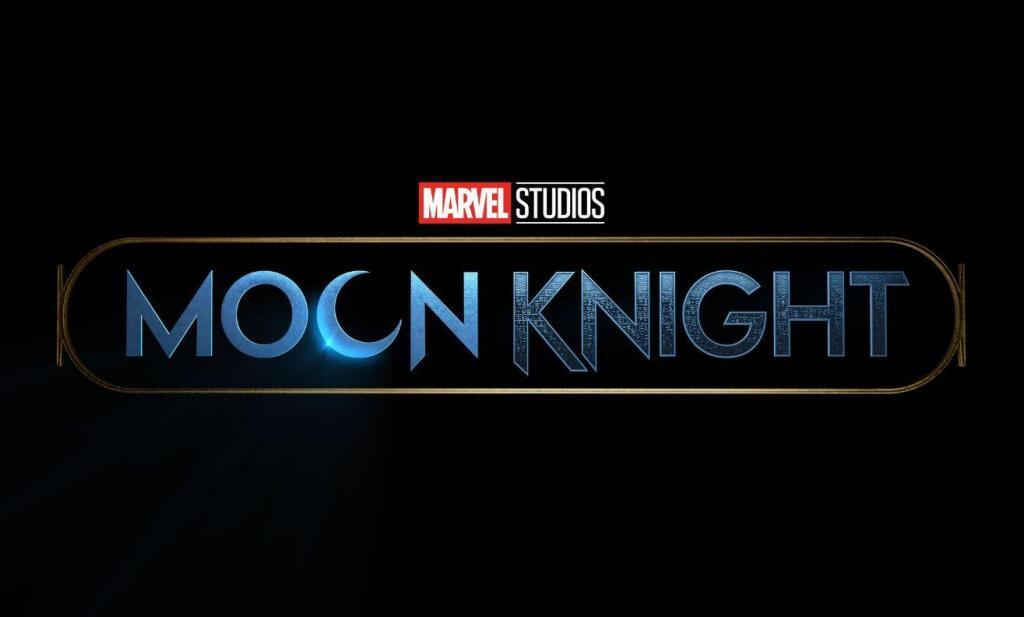 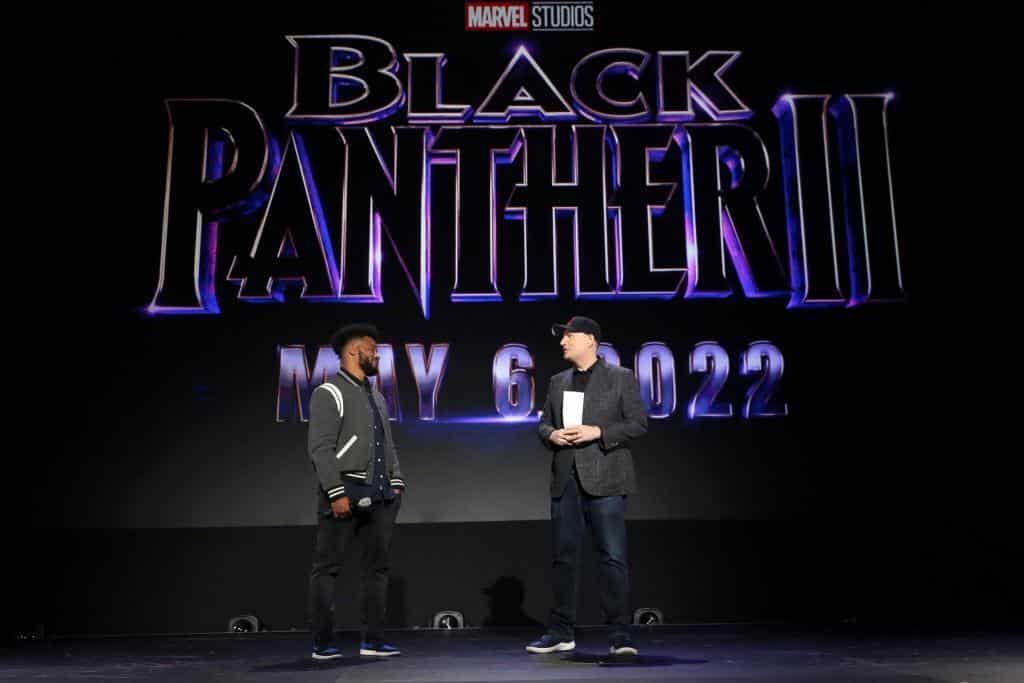 The news on the story from this highly anticipated sequel has almost been non-existent but director and writer of Black Panther 2, Ryan Coogler, stopped by D23 Expo on Saturday. He met up with Feige on stage to confirm that fans of the character can expect to see him again and more when the movie hits theaters on May 6, 2022. 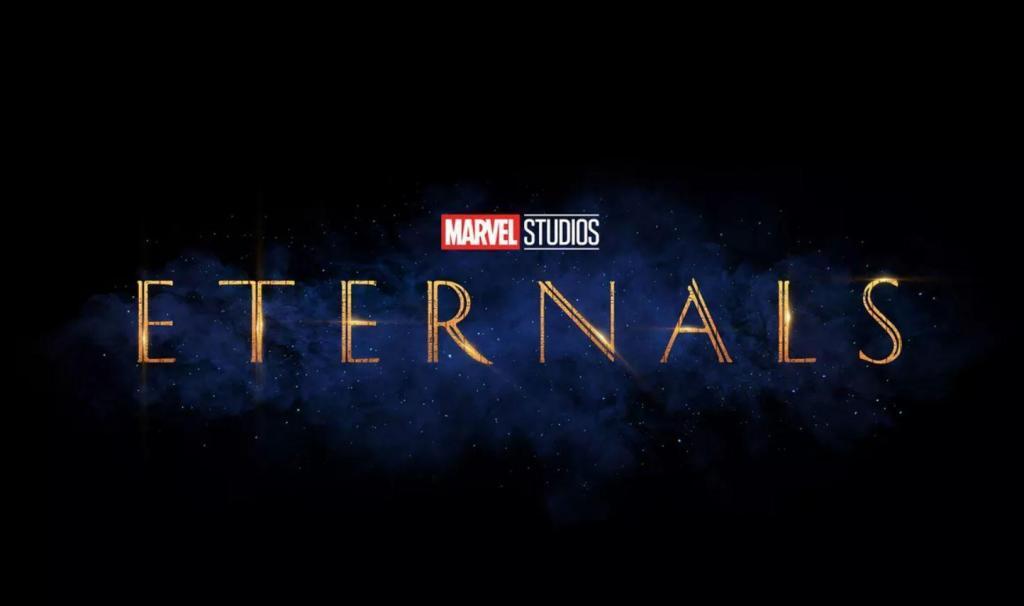 The cast of the next cosmic set movie in the MCU was there to greet the audience on Saturday at Hall D23. The stars of The Eternals were front and center on the stage. Present were Richard Madden, who portrays the all-powerful Ikaris; Kumail Nanjiani, who plays cosmic-powered Kingo; Lauren Ridloff, who portrays the super-fast Makkari, the first deaf hero in the MCU; Brian Tyree Henry, who plays the intelligent inventor Phastos; Salma Hayek, who plays the wise and spiritual leader Ajak; Lia McHugh, who portrays the eternally young, old-soul Sprite; Don Lee, who plays the powerful Gilgamesh; and Angelina Jolie, who stars as the fierce warrior Thena. 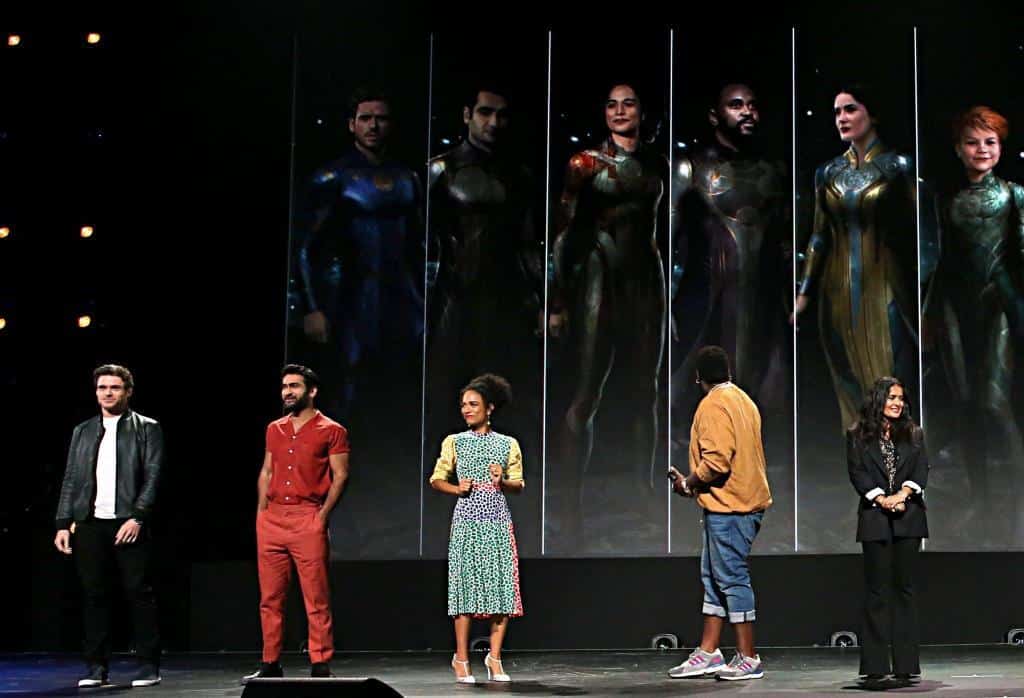 Feige showcase concept art of what these characters are expected to look like and dropped the news that fans of the MCU can expect some new face. Gemma Chan will play as humankind-loving Sersi; Kit Harington, who was cast as non-Eternal Dane Whitman aka Black Knight, and Barry Keoghan, who portrays aloof loner Druig.

You can expect director Chloé Zhao’s The Eternals to hit U.S. theaters on Nov. 6, 2020.

To end the big Marvel event on Saturday, Feige showed a pre-recorded greeting featuring stars Scarlett Johansson, who reprises her role of Natasha Romanoff/Black Widow; David Harbour, who was cast as Alexei the Red Guardian; and Florence Pugh, who plays Yelena. Attendees were given the amazing opportunity to check an exclusive look at the upcoming film.

On the showroom floor was the official Black Widow poster along with a first glimpse at the hero’s new suit in the movie. 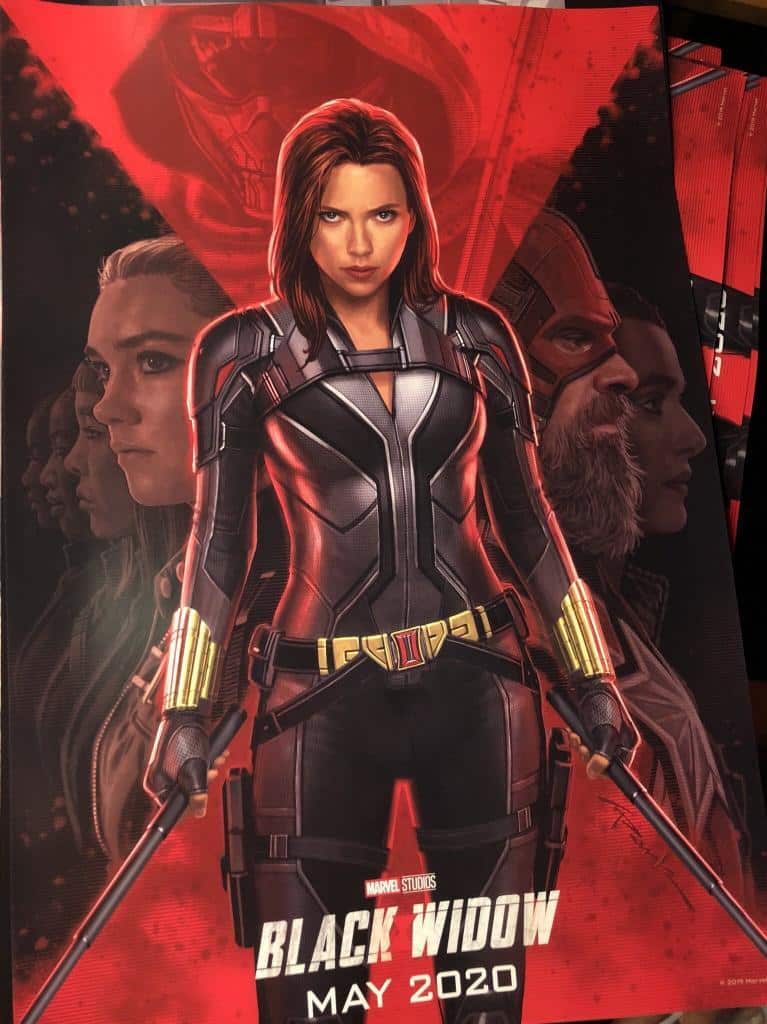 It was a huge event for Marvel this year and fans of the MCU will have a ton of things to watch from the mega studio company when these shows and movies begin rolling out soon.